U.S. demand for plastic containers to exceed $32 billion in 2016

Study forecasts a 4.9% growth in U.S. demand for plastic containers by 2016, driven by plastic packaging’s performance benefits, as well as a recovery in the broader economy.

U.S. demand for plastic containers is forecast to increase 4.9% annually to $32.4 billion in 2016, consuming 14.2 billion pounds of resin. Growth will be driven by performance advantages over alternative packaging formats as well as a recovery in the broader economy following the 2007 to 2009 recession. Volume gains will lag value gains, as the average weight per container unit continues to fall, reflecting preferences for small, single-serving containers in a number of food and beverage markets, and lightweighting of containers to reduce material use and enhance sustainability.

Though plastic containers will face increased competition from pouches and other types of flexible packaging, these will often augment rather than replace rigid containers. PET and high-density polyethylene are by far the leading plastic container resins, accounting for a combined 86% of demand in 2011. These and other trends are presented in “Plastic Containers to 2016,” a new study from The Freedonia Group, Inc.

Bottles and jars, which represented 77% of plastic container poundage in 2011, are by far the leading plastic container type. Through 2016, plastic bottle and jar demand is expected to rise 2.8% per year to 165 billion units, moderated by the already-dominant position of plastic in many applications, with few new areas existing for large-scale conversions. Additionally, bottle unit growth in the 2001 to 2006 period benefited significantly from skyrocketing sales of bottled water. Going forward, a substantial deceleration in bottled water growth is expected based on environmental considerations. Still, advances will be aided by healthy prospects for smaller single-serving beverage bottles. Among major bottle and jar markets, the fastest gains are anticipated for pharmaceutical and food applications.

Faster volume gains are anticipated for other plastic container types, such as tubs, cups, and bowls. Demand will be supported by the convenience, portability, and portion control benefits of single-serving cup packaging, as well as favorable outlooks for certain foods (e.g., yogurt, hummus, single-cup coffee) typically packaged in tubs and cups. A rebound is expected for plastic pails based on a recovery in construction activity from low levels in 2011, which will boost demand for paints, adhesives, driveway sealers, and other goods typically packaged in pails. 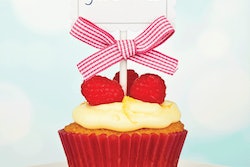 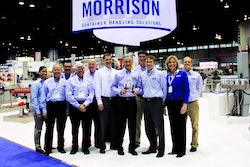 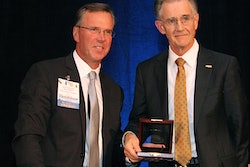