Agency to seek public input on allowing popular meds to switch from Rx-to-OTC to improve patient access to certain meds, which could impact package design and labeling.

Will U.S. consumers soon be able to buy popular cholesterol-lowering prescription drugs over the counter?

That’s looking more possible, based on statements made by U.S. Food and Drug Administration regulators reported in a March 8, 2012 CBSNews.com article, “FDA mulls bringing popular prescription drugs over-the-counter.” The article said, “The Food and Drug Administration is mulling a proposal to waive prescription requirements for commonly used drugs that treat conditions like diabetes, asthma, and migraines.”

CBSNews.com quoted FDA Commissioner Dr. Margaret Hamburg as saying, “These are discussions that need to start happening as we think about people's health needs and how to improve access. The world is changing and we have to change to with it. We're not talking about abandoning standards for safety and efficacy, we're talking about leveraging opportunities in science so we can do a more effective job as regulators and also improve the drug development process."

Cholesterol-lowering drugs, or statins, have come under scrutiny recently due to safety concerns. In fact, the FDA in February announced safety changes to the labeling of such prescription products. Those changes would likely need to be incorporated into labels and packaging should these meds make their way over the counter. Package design issues and opportunities exist with virtually any Rx-to-OTC switch in that consumers may need to rely more on packaging graphics and instructions than the recommendations of a pharmacist handing over a prescription.

Kline & Co. plans to publish “Market Research: Emerging Markets Rx-to-OTC Switch: Forecasts and Opportunities” by the third quarter of this year, which will provide forecasts of future switches to both over-the-counter and behind-the counter status, delivering independent forecasts for these markets in China and Russia.

For manufacturers of pharmaceuticals, medical devices, biologics, and/or combination products, help in advancing product to market more swiftly would likely be welcomed. Late last year, Hamburg announced a blueprint containing immediate steps that can be taken to drive biomedical innovation, while improving the health of Americans.

Going back to the March 8 CBSNews.com report, the story noted, “The new industry-backed proposal is driven in part by a wave of computer technology, including touch-screen kiosks found in pharmacies, designed to help patients self-diagnose common diseases. Drug makers could use electronic questionnaires, diagnostic devices like blood pressure monitors and other computer-assisted technology to guide patients.

“Drug makers would have to request a switch for each drug individually, and the FDA would judge the safety of each proposal on a case-by-case basis. FDA officials stress that the idea is still in the early stages and a public meeting is scheduled for later this month to gather comments.” 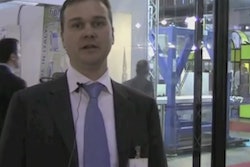 Robot for palletizing of sacks 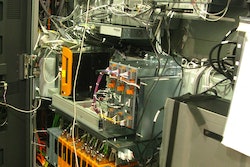 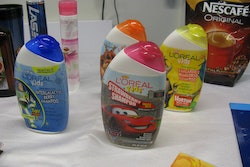