This month Cadbury Schweppes' Mott's USA unit in Stamford, CT, launches an aggressive campaign to promote its Clamato brand beverage. A national joke contest is part of the promotion, and a neck wrap on 32-oz polyethylene terephthalate bottles will help promote it.

The wrap being applied by Mott's is the Xtenda-cone(TM) from Chaucer Press (Duryea, PA). It's an 8-pt coated-one-side paper printed offset in four colors. On the inside are printed contest details. Also inside is a cents-off coupon that consumers remove by tearing along a perforated line. The Xtenda-cone units come fully formed and nested. Mott's applies them by hand. According to a Mott's spokesman, the special promotion-featuring French Stewart of "3rd Rock from the Sun" fame-is scheduled to run for about six weeks. "It's part of an overall program to generate awareness of and enthusiasm for the brand," the spokesman adds. 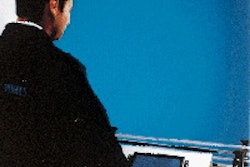 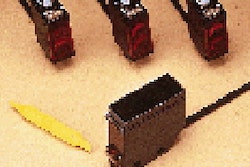 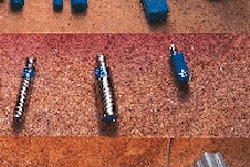