Several suggestions on where not to look for OEE improvements.

Rick Lingle technical editor
Obtaining an Overall Equipment Effectiveness number is not nearly as important as knowing what to change on your packaging lines—or knowing what not to change. That's because managers can unproductively look in the wrong direction trying to increase OEE, according to OEE expert Paul Zepf of Zarpac Inc. (www.zarpac.com) in a recent interview. One of those wild goose chases is going after labor savings.

“There is nothing about labor in OEE,” Zepf asserts. “OEE makes you look at how effective and efficient the process is. The thinking should be that once you get your OEE to around 80 percent and you still have people standing idle, then you can look at labor.” He tells of one company trying to eliminate a $50,000 position with benefits, yet at the same time was experiencing waste costs in seven figures.

Another misdirected strategy is to chase after cost-saving improvements that may backfire due to OEE results. “A company can try to shave its packaging materials costs one-tenth of a cent each to save a half-million dollars a year, but then they find that they have more problems with the machinery and it has to be slowed to run the new materials,” Zepf explains.

The takeaway here is to consider machine productivity and OEE when a materials change is proposed.

Not just about bottlenecks

Another aspect that management traditionally focuses on is bottlenecks, and again that may not be where the OEE problem lies. "Looking for bottlenecks is an oversimplification of the OEE process," notes an OEE expert with a global pharmaceutical company. Another decoy is that an excessive amount of attention is often paid to a line's most expensive piece of equipment, such as the filler. That equipment may not be—and likely isn't—where the major constraints may be, according to Zepf.

While major consumer package goods companies have taken the lead on OEE, Zepf believes that the best OEE opportunity is with smaller and medium-sized companies. “Those companies need a foundation on OEE in order to grow," he says. "Although staff at such companies are usually too busy 'fighting fires’ to tackle OEE, that’s a clear indication that OEE will be a useful tool to help them gain control of their operations and solve their problems.

For companies of any size, target one OEE improvement at a time, change it, and see what the OEE results are. If it doesn't help, rethink the problem. If it does help, then go onto the next problem, and solve them one at a time.”
Companies in this article 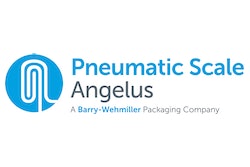 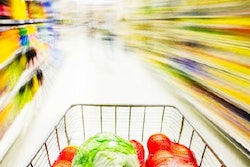 Wal-Mart stores changing, but what about packaging? 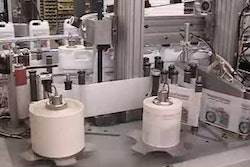