Market overview of confectionery sales in Africa and the Middle East

Confectionery retail sales in Africa and the Middle East are expected to reach the US$4.5 billion mark in 2007, up 3% on the previous year.

Confectionery sales in the region are being driven by incipient premiumisation in more developed markets such as Saudi Arabia and Israel, along with consumers trading up from artisanal to packaged products in Central African countries such as Cameroon and Nigeria

Moderate value growth is due in part to the depreciation of the US$, particularly in relation to the currency of key markets in the region such as South Africa. In other markets such as Cameroon, 2007 value growth is set to be constrained by an overall downturn in prices linked to reduced import tariffs on consumer goods. That said, volume sales should still maintain healthy growth.

Overall, retail volume sales in the region are predicted to grow by 5% in 2007, following the healthy performance recorded in previous years. Nevertheless, per capita consumption in the region will still stand at a mere 0.6kg in 2007, far behind that of other developed markets such as North America and Western Europe, with a per capita consumption of 9.2kg and 8.0kg respectively in 2007.

Chocolate confectionery accounts for the majority of sales

Saudi Arabia and South Africa are the largest markets in the region, with retail sales worth US$647 million and US$868 million respectively in 2007. In terms of exemplary growth performance, however, Euromonitor International highlights Iran and Algeria, which are expected to grow in local currency retail value terms by 8% and 12% respectively in 2007, albeit starting from a far more modest consumer base.

Israel is one example highlighted by Euromonitor International of the premiumisation trend currently being seen in some parts of the region, particularly within chocolate confectionery. The number of high-quality products entering the Israeli market is continually expanding, and the high cacao content in most brand extensions is growing in significance. In turn, this is having a direct impact on retail unit prices of chocolate tablets, which are expected to grow by 8% in local currency terms in 2007.

Euromonitor International's research shows that the Israeli chocolate culture is becoming more sophisticated. In the past, Israelis were known to prefer low-priced milky, light and sweet chocolates, available mainly through supermarkets. However, an increasing number of consumers are now opting to purchase chocolate in specialist chocolatiers, which are gaining ground on supermarkets/hypermarkets. Euromonitor International emphasises the large volume of high-quality Belgium chocolates currently being imported into Israel, which is driving even the non-premium local brands to start launching chocolates with higher cacao content.

Meanwhile, Algeria is an example of how improving economic conditions can result in higher consumer expenditure on indulgence products. With higher disposable incomes, Algerian parents are buying more chocolate for their children, particularly favouring the performance of products like chocolate with toys, seasonal chocolate and bagged selflines/softlines. Consequently, the brands benefiting the most from this trend include Kinder Surprise in chocolate with toys, and M&M's in bagged selflines/softlines.

Moreover, chocolate confectionery unit prices in Algeria are expected to grow by 14% in 2007 in local currency terms. This rise is mostly the result of a trend towards premiumisation, and the increasing importance of 'gourmet versions' within boxed chocolate assortments and tablets. Similarly, Euromonitor International's research highlights the strong retail value performance of chocolate tablets in South Africa, which is expected to reach 12% in local currency terms at the end of 2007. Sales are being driven by the increasing popularity of imported brands among middle and upper-class consumers.

Trading up from artisanal to industrially manufactured confectionery

Other than the strong performance of premium brands, regional growth in the confectionery market is being driven by the gradual consumer trade up from artisanal varieties to industrially produced offerings, which are mostly positioned within the economy and mid-price brackets.

One of the main examples of this trend is found in the Moroccan market, where retail confectionery sales are expected to grow by a healthy 6% in local currency terms in 2007. Whilst premium brands in this country are also performing relatively strongly, they still remain inaccessible for most of the population, who are mostly opting for low-priced brands in their chocolate and sugar confectionery purchases.

Similarly, medicated confectionery remains one of the best performing categories in Morocco, with sales expected to grow by over 6% in local currency terms in 2007. Strong growth for these products is down to the fact that an increasing number of Moroccan consumers can afford to buy medicated confectionery as a remedy to alleviate cough and cold symptoms, instead of resorting to traditional herbal remedies.

Other than increasing consumer demand for product sophistication and the trade up from artisanal to industrially produced confectionery, research highlights innovation as a further growth engine for the region. Pastilles, gums, jellies in South Africa is a key example of this trend, as the continuous launch of new shapes and flavours has managed to maintain the interest of younger South African consumers. Retail value of these products is expected to grow by 18% in local currency terms in 2007, following the strong sales growth seen in previous years.

Another example highlighted by Euromonitor International is Morocco, which in early 2007 saw Maghreb Industries introduce a functional gum line with added vitamin C, vitamin B complex, calcium and bicarbonate to help teeth stay white. Even though functional gum remains very much a niche category in Morocco targeting a minority of consumers, innovations like this will likely play a crucial role in its sustainability.

Meanwhile, international manufacturer Cadbury Schweppes extended its medicated confectionery Halls range in Nigeria by introducing a new ginger flavour in early 2007. The new line is a further example of how customised innovation is currently being used in the region to expand the confectionery consumer base.

Euromonitor International predicts that retail sales of confectionery in Africa and the Middle East will grow by 19% in constant value terms over the 2007-2012 period. Although starting from a much more limited consumer base, this growth is far greater than the corresponding expected sales increase in developed regions such as North America (+6.3%) and Western Europe (+5.1). By sector, chocolate confectionery is set to record the highest growth (+24%) followed by sugar confectionery (+17%) and gum (+7%).
Premium and low-priced brands underpin performance of chocolate confectionery

Euromonitor International's research shows that chocolate confectionery sales will continue to be boosted by the performance of premium lines in relatively more developed countries. This applies particularly to Saudi Arabia and South Africa, where retail value sales are expected to grow in constant local currency terms by 35% and 16% respectively over 2007-2012. The increasing focus on health and wellness products among middle-class consumers, however, may pose a threat to further growth in these countries in the longer term, and Euromonitor International highlights that manufacturers should start paying attention to this nascent issue. A number of schools in South Africa, for example, are banning sugar confectionery from school tuck shops, while trying to encourage healthier snack alternatives.

Other countries where chocolate confectionery is expected to grow strongly include Morocco, Cameroon and Nigeria, although these are all starting from a very low consumer base and are being pushed up by cheaper imports and low-priced local brands.

Euromonitor International anticipates that sugar confectionery's strong growth will be underpinned by robust performances in countries such as Egypt and Morocco, where retail sales are expected to grow in constant value local currency terms by 16% and 15% respectively over the 2007-2012 period. Interestingly, sugar confectionery in Morocco will benefit from increased competition between local players, as well as an increase in inexpensive imported brands from China and South Asia. This should result in a moderate drop in prices, making such products more affordable to less affluent consumers. In Egypt, meanwhile, demand will be underpinned by the strong birth rate and the consequent growth in the number of children.

Price will constrain further growth of gum
Gum is set to post only moderate growth over the forecast period, largely constrained by the relatively high price of functional and sugar-free gum, which are not affordable to most consumers. One interesting trend highlighted by Euromonitor International, however, is the anticipated positive performance of 'unhealthy' sugarised gum. Such products fetch lower prices than their sugar-free counterparts and, therefore, are likely to keep expanding among less affluent consumers.

As a result, sugarised gum in Africa and the Middle East is predicted to grow by almost 10% in retail volume over the 2007-2012 period. This is in sharp contrast to the strong sales decline expected in developed markets. Younger consumers will remain the driving force behind these products, which are mainly consumed by children. Furthermore, growth of sugarised gum will likely be underpinned by the sustained expansion of private label offerings in countries like Saudi Arabia and Israel, which will make these products even more competitive in terms of price. 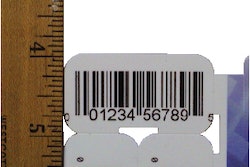 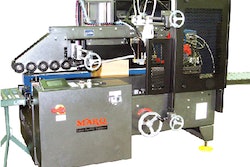 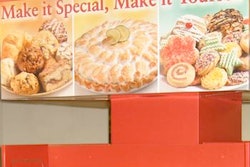 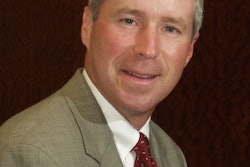