Continuing a tradition that began in 1906 when Adolphus Busch donationed to victims of the San Francisco earthquake, St. Louis-based Anheuser-Busch is shipping 51길 12-oz cans of drinking water to North Carolina for potential relief efforts for tropical storm Ophelia. 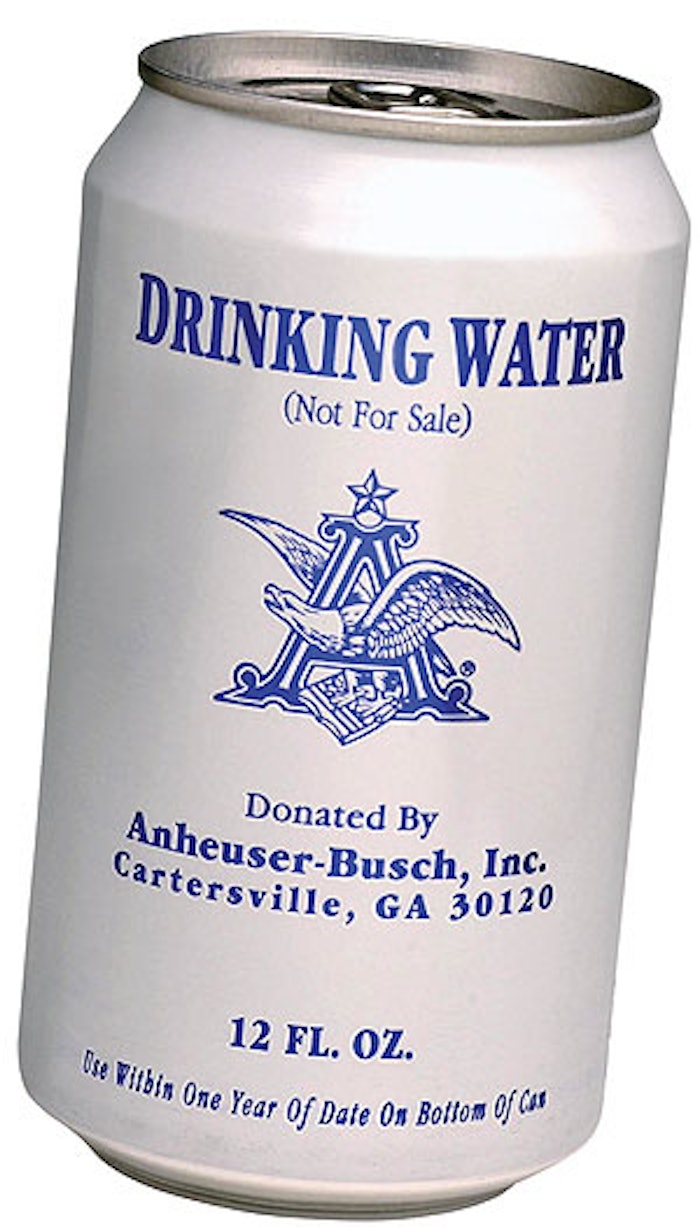 Cans are filled at A-B’s Cartersville, GA, brewery and shipped to Atlantic Beverage, A-B’s wholesaler. Atlantic Beverage will coordinate delivery of the water to the Coastal Carolina chapter of the Red Cross. Cans and ends are manufactured by A-B subsidiary Metal Container Corp.

As of September 14, A-B had shipped 5.7 million cans of water to the Gulf Coast region to help ongoing Hurricane Katrina efforts. These cans were produced at four A-B breweries: Fort Collins, CO, Jacksonville, FL, Cartersville, and Houston. The water is shipped to independent wholesalers and distributed by the Red Cross, The Salvation Army, and other relief agencies.