A Sri Lankan brewery switches from beer to water to assist the tsunami survivors. 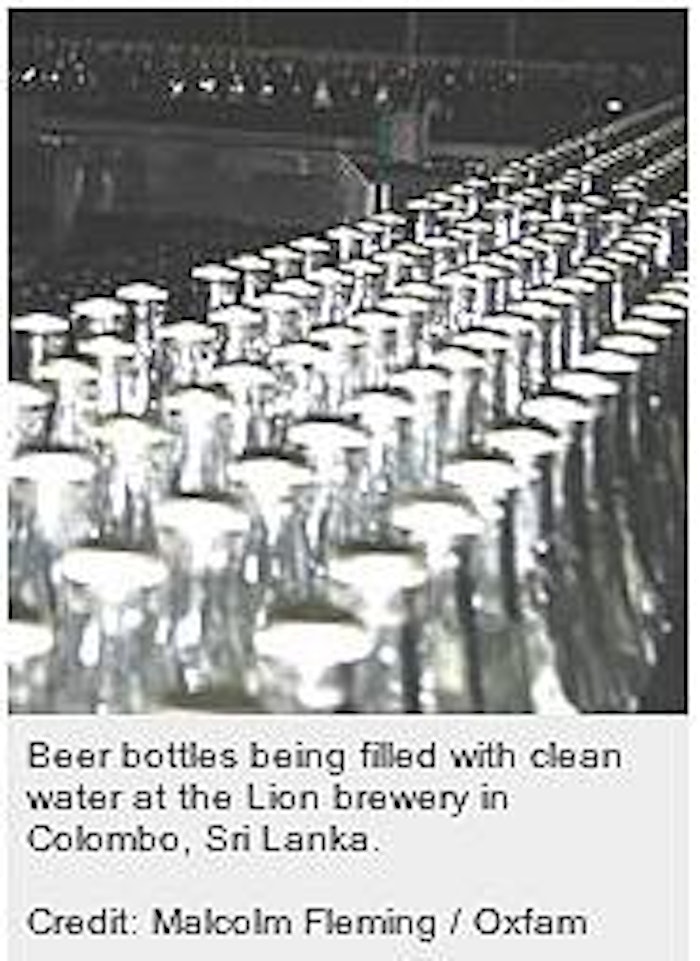 A Sri Lankan brewery has temporarily given up making beer and switched to bottling water to help survivors of the Indian Ocean tsunami, the relief group Oxfam International reported on Thursday, December 30.

The Lion Brewery plant in Colombo, the Sri Lankan capital, has so far produced 120ꯠ [glass] bottles of water for shipment to the affected areas, with Oxfam's help. That’s after flushing of the systems to remove beer residue.

"With so much loss of life, how could you not help?" brewery manager Nausha Raheem said. "Once we got over the initial shock and realized the gravity of the situation, we decided to do what we could to help. It has been a bit of a logistical effort and has involved all of our staff, but it is desperately needed," she said, in Oxfam’s report.

The switch-over took place on the day after the tsunami smashed into the Sri Lankan coastline. [As of January 19, more than 212ꯠ deaths were reported in the entire region.]

Oxfam will help distribute the clean water and then recover them from central points to return them to the brewery for refilling.

Oxfam country representative Phil Esmonde commented: “Clean water is the greatest need in the disaster-hit areas. Without it the risk of disease becomes acute. Oxfam is providing water tanks, however in some areas we can’t get equipment in because bridges have been destroyed. In those areas bottled water is particularly useful to ensure people have a clean water supply. The Lion Brewery’s efforts are just one example of how local people and businesses are pulling together to respond to this crisis.”

This article first appeared on the news wires Thursday December 30, 2004 at CNN and from an article posted Friday December 31 at the Oxfam Intl. Web site.