Packaging in the U.K. and beyond: global trends

Editor Pat Reynolds, shown here on his U.K. packaging tour, brings us the inside story on the new Total Processing and Packaging show, a peek at Coors' recently purchased U.K. Brewing operations, 21st-century packaging machinery trends, a tour of Sainsbury's supermarket, and more. 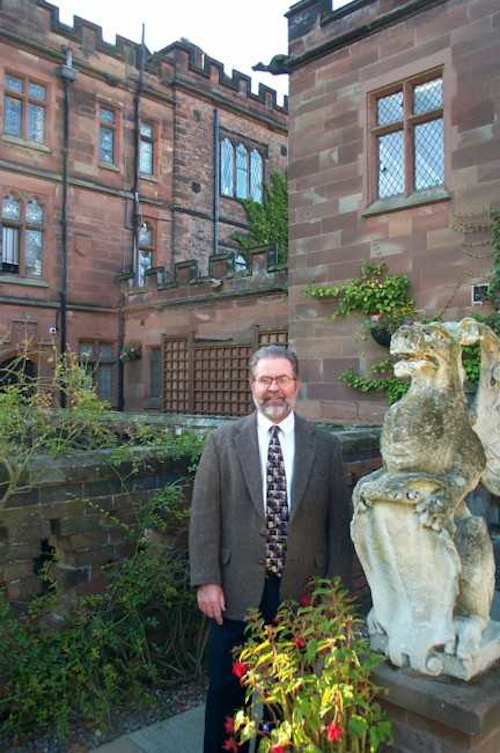 To help promote the first-ever Total Processing and Packaging Show--next March 29 to April 1 in Birmingham, England--the sponsors of the show invited the members of the International Packaging Press Organization (IPPO) to a three-day Journalists' Inward Mission in Sutton Coldfield, England. The main venue for the event was New Hall Hotel.

An historic gem and the oldest moated manor house in England, it has been converted into a superb hotel and conference center. (That's me standing next to one of the New Hall statuary stars.)

At New Hall we attended informative sessions describing not only the upcoming Total Show but the state of the UK packaging community, as well. We also heard from exhibitors scheduled to be at the Total Show. Day trips out to a Sainsbury's supermarket, a Coors brewery, and the PPMA Machinery Only show were also on the agenda.

What follows is a glimpse of what we journalists saw and heard on the Total Processing and Packaging 2004 Journalists' Inward Mission. Thanks to all who helped make it the rewarding experience it was.

This report is broken down into six parts:

Part 4: Off to Sainsbury's--a tour of a U.K. supermarket

For information about Total Processing and Packaging 2004 or about any of the firms mentioned in this report, please contact Total Show director Barbara Jackson at 011/44.20.8910.7833 or barbara.jackson@reedexpo.co.uk.

One of the first craft brewers in New England, Harpoon Brewery aims to spear new business while distinguishing itself in the crowded craft category with a new package design that leverages iconic assets.
Anne Marie Mohan
Sep 7th, 2020
More in Home

Limited-edition Vote 2020 labels on bottles of Jones Soda feature voting-themed graphics and copy along with a QR code that allows consumers to register to vote from their smartphones.
Anne Marie Mohan
Sep 3rd, 2020

Transforming large, rigid containers into convenient, at-home dispensers, this closure is differentiating feature for islanders seeking to stock up on water during pandemics and hurricanes.
Matt Reynolds
Sep 3rd, 2020

Contemporary new graphics that focus on the unique taste of milk-based nutrition brand Nurishment along with a new bottle format are designed to appeal to larger consumer base.
Anne Marie Mohan
Sep 2nd, 2020

A new report from UK packaging consultancy, ThePackHub, provides analysis and insight from a global perspective. The review includes a summary of more than 140 of the latest refillable and reusable packaging innovations from around the world.
Sep 2nd, 2020

Convenience and Flavor are the Focus of new Guacamole Package

A switch from a tray to a festive bowl that can go from fridge to table along with new graphics that highlight the real ingredients of Wholly Guacamole’s Hass avocado dips result in sales that surpass expectations.
Anne Marie Mohan
Sep 1st, 2020

Sustainable e-commerce fashion brand Heat gets a sophisticated, luxury shipper with a metal closure that can be removed for recycling.
Anne Marie Mohan
Aug 31st, 2020