Pipeline: The many 'phaces' of pharma expenditures

Pharmaceutical manufacturers—and the images they project to their various publics—today seem to be confusing at best. Like other product manufacturers, they have become global businesses, doing business worldwide in a variety of ways. 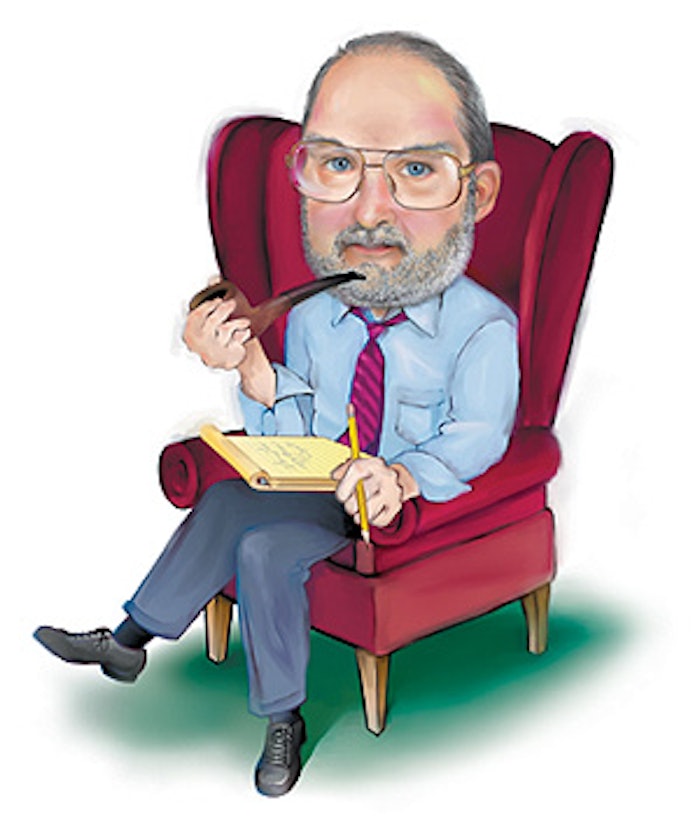 Also like other manufacturers, pharmaceutical companies have been participating in the trend toward consolidation of companies, transforming some of them into mega-billion-dollar corporations.

Partly as an outgrowth of the size of these companies, they have become pivotal to the discussion in the United States about control of healthcare costs, particularly for prescription drugs. But sometimes their voices are disguised.

We know that these large companies spend literally billions of dollars on research for new drugs, much of that investment needing to be recouped from customers in markets without controls on drug prices. Those prices, of course, are the primary reason why a prescription drug plan is being considered in Congress.

That investment in research—one reason why the U.S. companies appear to dominate the world market for new drug therapies—seems to conflict with reports on spending on packaging and quality control. In this issue, p. 103, Steve Barlas reports on the U.S. Food and Drug Administration’s concerns about good manufacturing practices (GMPs) at manufacturing and packaging facilities. Admittedly, there have been few fines levied, but those that have been were whoppers. The result appears to be that FDA doesn’t appear to be sure just how to stimulate more innovation in manufacturing and packaging.

However, in defense of these manufacturers, this same FDA and its procedures for drug review and approval create a significant percentage of the cost of developing new drugs and new packaging.

And in looking at drug costs worldwide, there’s little doubt that drug makers are being forced into making heavy peripheral investments in both manufacturing and packaging in attempts to stem the tide of counterfeit drugs. A book review in this issue (p. 57) discusses a new book that reveals the extent of that problem, while it also suggests a variety of techniques in both manufacturing and packaging technology that can make counterfeiting more difficult.

However, just as entertainment industry and software producers have discovered, the technologies of the counterfeiters continue to advance, so keeping ahead of them requires ever more investments. Packaging security, both to discourage tampering and to reduce the chance of counterfeiting, has unfortunately become a new part of the cost of doing business.

While I acknowledge all these added costs for pharmaceutical manufacturers, I know there are other areas where drug makers’ expenditures have come under harsh scrutiny. I especially take issue with two, especially at a time when manufacturing and packaging investments seem to be lagging.

One is the staggering amount of money the drug makers spend on lobbying at levels from the state to the federal. Although this is certainly legal, the amounts involved—when they can be identified—are simply shocking.

Even more onerous in my mind is the money spent to support groups that seem to be misleading the public. In opposing a bill that would permit Medicare to negotiate prices on behalf of its beneficiaries, one group called Citizens for Better Medicare—funded largely by drug makers—spent $65 million.

Meanwhile, in the only exposé I can recall from the American Assn. of Retired Persons, the AARP Bulletin discovered that three groups, United Seniors Assn., The Seniors Coalition, and The 60 Plus Assn., all located in the Washington, DC, area, were largely supported by donations from the pharmaceutical companies.

As recently as 2001, not one of the three groups reported revenue from membership dues. But, ostensibly representing senior citizens, these “front groups” for drug makers spent millions to stave off a government-operated prescription plan for older Americans.

If only some of this money had gone towards manufacturing and packaging improvements, perhaps the oversight of government—costly to companies and taxpayers alike—wouldn’t need to be as intense.