Jowa, A.G., the bakery arm of Swiss supermarket chain Migros, has become one of the latest food companies to convert packaging from aluminum foil containers to paperboard trays coated with polyester for its frozen Quiche Lorraine products.

Using Ensoven board from Stora Enso (Stockholm, Sweden), Jowa's converter, Pawi Verpackungen (Winterthur, Switzerland), has created trays for the frozen foods. "Fiber-based material is simply more readily accepted by Swiss consumers than aluminium," says Horst-Ulrich Bonnhoff, head of packaging development at Volketswil, Switzerland-based Jowa. In the process, the team has already reduced the board thickness by at least 25%.

"The most important aspect for us has been the ovenable board's good formability and its suitability for our machines. The tray functions as a pie mould in the filling machines, as a package and then as a heating tray," Bonnhoff points out. "The demanding nature of the process-especially temperature-must also be remembered, since the board must be able to withstand temperatures from freezing all the way into the oven."

In addition, the bakery's high-fat frozen pies have been shifted to Stora Enso's Ensoven paperboard coated with polybutylene terephthalate that allow greasy products to be easily removed from the trays. 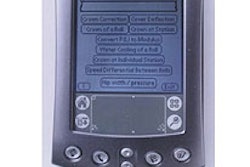 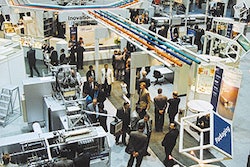 interpack 2002 is bigger than ever 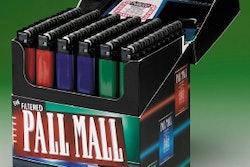 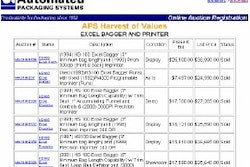