Four career packaging professionals will be inducted into the Packaging Hall of Fame by the Packaging Education Forum during its annual Leadership Awards ceremonies Monday, September 10, at Madame Tussaud’s Wax Museum at the Venetian Hotel in Las Vegas, NV. The event will occur during Pack Expo Las Vegas, Sept. 10-12 at the Sands Exposition & Convention Center. 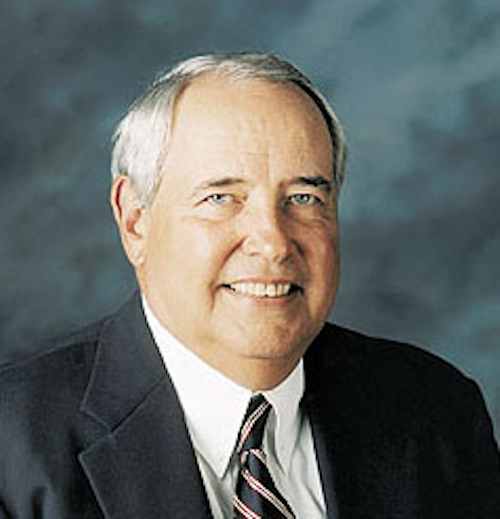 Dr. Melvin Druin, retired vice president of packaging with Campbell Soup Co., has been a leader in plastic packaging for the last 25 years. His efforts at Celanese were at the forefront of PET polymer commercialization for bottles in the early ’80s. During his tenure at Campbell, his organization developed the first hot-fill bottles for V-8 Vegetable Juice and the first shelf-stable retortable plastic soup bowl with peelable lid. He oversaw the soup maker’s conversion to two-piece cans. He also helped the company design and commercialize the first large-scale CPET manufacturing operation in Modesto, CA. The facility produced 125 million dual-ovenable trays for Swanson Frozen Dinners, essentially replacing the aluminum “TV dinner” tray. PEF honored Lloyd Ferguson (pictured), president of Summit Publishing Co., publishers of Packaging World magazine. Ferguson’s packaging career began in 1966 as a salesman for Card Pack, Inc. Two years later he joined Penton Publishing as district manager for Packaging Digest magazine. In ’73, he bought that magazine, along with partners Bill D’Alexander and Jack Daniels. Ferguson served on the PEF Board of Directors between 1985-88. After leaving the publishing field in ’89 he formed a label converting company. After selling his interest in that company, he returned to publishing in ’93. That’s when he launched PW, along with partners Joe Angel and Chuck Winnicky. Ferguson has helped craft the publication to leadership in the packaging marketplace, much as he did earlier with PD. Ted Marquis, Sr., was awarded for more than 40 years of service in packaging. As founder and president of Marq Packaging Systems, he’s been a proponent of and a leader in the development of technological advances in corrugated handling equipment, and “has displayed an unstinting willingness to embrace technology,” according to PEF. Marquis’ career began at Kwik-Lok Corp. in the late ‘50s. From there he began to invent and patent many innovations, especially electronics and software that have characterized his company’s packaging equipment. The late Yoshikane Mito was director and chairman of the Japan Packaging Institute, and former Chairman of Rengo Packaging Systems. He was a lifetime adjunct professor of packaging at Michigan State University, helping the institution establish its Overseas Study Program in Japan in ’94. Three years earlier he raised more than US$200ꯠ for the establishment of the Japan Packaging Academy. Mito chaired the Steering Committee for the first Japanese packaging exhibition more than 30 years ago, and he contributed significantly to the development of Tokyo Pack. The inductees were selected from a field of nine nominees this year, based on their contributions to the packaging field, their interest and activities in education, and their stature within their organization, community, and the packaging business. Tickets for the PEF Leadership Awards ceremonies are $100 each, with proceeds used to support college-level packaging programs in the U.S. and Canada. For reservations, contact Sara Kryder, at sara@pmmi.org, or call 703/243-5717. (JB)

Co-pack/co-man customers B&G Foods and Bush Brothers share their reasons for employing CPCMs, what is important in a CPCM relationship, and some of their pet peeves.
Anne Marie Mohan
Feb 26th, 2020
Home

Circularity and reusable packaging systems will be the topic of RPA’s free 2-hour educational program on May 20 in Atlanta, GA, following the Circularity 20 conference.
Kim Overstreet
Feb 25th, 2020
Home

With one-third of the nation’s CPGs, and many pharma manufacturers, located within 200 miles of Philadelphia, PACK EXPO East 2020 promises the full PACK EXPO vibe in an easy-to-get-to location.
Matt Reynolds
Jan 31st, 2020
More in Home