“Campbell Soup Co. today announced the most comprehensive new product and packaging initiative in its history.”That, in a May 17 press release, is how Camden, NJ-based Campbell introduced the easy-open full-panel ends soon to appear on all of Campbell’s ready-to-serve soups.

Some 70 soup varieties—including the Chunky, Select and Healthy Request lines—will have the new ends beginning in July.

According to Campbell spokesman John Faulkner, the steel can bodies are from Silgan Containers (Woodland Hills, CA) and the 303 ring-pull steel ends are from Phoenix Packaging (North Canton, OH). Faulkner acknowledges that the easy-open end costs more than its predecessor, but the difference, he says, is modest.

When asked why Campbell’s condensed soups remain in a can without an easy-open end, Faulkner explained that the emphasis on convenience inherent in ready-to-serve soups made them a more obvious candidate for an easy-open end. But, he adds, “We’ll consider other applications.”

This is the first easy-open end, says Campbell, in the branded soup category in the U.S. 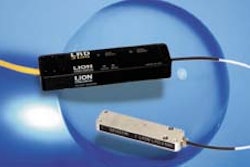 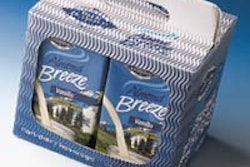