The retail grocery industry uses packaging for power and profitability.

Retail grocers have evolved into the kingpins of their supply chains, supplanting brand-owners. In large measure, the evolution has been, and continues to be, packaging-related. True of all evolutions, this one creeps incrementally; and, of its many junctures, some have proven pivotal, as herein discussed.

Birth of an industry
Predating modern grocery retailing was the general store, typically operated by a proprietor, who would fish various commodities out of their respective barrels, dump them into paper bags, and hand them to paying customers. The advent of packaging ushered out such unsanitary, labor-intensive, and imprecise practices. Additionally, packaging begets branding (and vise-versa), a symbiosis that generates consumer confidence in the products and in the retailers that offer them.

Increases in the number and variety of consumer packaged goods necessitated more aisles and more shelves—in other words, larger grocery stores. There was no need, however, for a salesforce inside any given store. That function was fulfilled by packaging, dubbed “the silent salesman.” From its beginnings, the retail grocery industry has valued packaging that exerts shelf-appeal. In response, brand-owners saw the value of package design research as a tool for instilling that shelf-appeal. Such were the roots of self-serve retailing, which has come to be regarded around the world as a hallmark of modernity.

Panning gold
Consumer packaged goods have undergone mass production accelerated by new launches, brand extensions, and product-line extensions. The result has been an infinite (figuratively speaking) quantity of items vying for a finite quantity of shelf space, display cases, and floor space (notwithstanding that the average grocery now carries tens-of-thousands of different items). Supply-and-demand shifts power to the retail grocery industry, exercised through decisions regarding the allocation of its assets of display.

Slotting fees, paid by brand owners to grocers for product placement, demonstrate the power shift. Much regarding slotting fees is cloaked in secrecy, especially how they are calculated; however, what is known is that not even the biggest brand owners are exempt. Grocers and brand owners alike also are secretive about other inducements demanded by the former of the latter, including free case quantities.

By the way, pay-to-play requirements don’t absolve brand owners from having to generate inventory turnover acceptable to the grocer. Mass production is useless without mass distribution. Packaging plays strategic roles not only in getting products into stores but also in keeping them from being discontinued.

The oddity of generic packaging
The late ‘70s through early ’80s was the era of generic packaging: cartons, bottles, bags, and cans sporting white labels and black print that only conveyed the product category, e.g. CORN FLAKES, BLEACH, COOKIES, COLA, etc., along with quantity, manufacturer, and barcode. Generics within a given product category typically weren’t shelved alongside their non-generic competition; rather, the practice was to assign all generics to a single section, like castaways on an island.

These were times of recession and consumers wanted savings. Still, it didn’t necessarily follow that consumers wanted such an in-your-face reminder (extending through product use) of their tightened purse strings. Generic packaging implied that savings have to come at a sacrifice of dignity. It also erroneously implied was that black & white labeling was a major source of cost-savings that was being passed on to the consumer. As concerning as anything, generic packaging implied that society, in general, suffered from overpackaging.

Not to be compared with generic medications, which are based on efficacy, generic packaging undermined efficacy by hamstringing the communication function. Generic packaging’s time on stage was short-lived, and subsequent recessions have not seen its reemergence. Brand-owners and grocers had learned a lesson: packaging is both a societal good and a source of competitive advantage, regardless of economic swings.

During the ensuing decades, grocers have relied less on resemblances and more on an approach aimed at strategic leveraging of packaging—no less than what’s practiced by the national brands. Grocers, of course, have an advantage unmatched by national brands: all decisions regarding shelf allotment and shelf placement.

Originally competing on price alone, private brands now compete on value, translated as quality equal to the national brands at a lower cost. That positioning has restructured many store sections to consist of the private brand, a few leading national brands, and a lowest-price brand. The losers have been the fair-to-middling national brands, their averageness working against their acceptance by various retail grocery chains. As for the winners—brands that make it to the battlefield shelves—packaging is a weapon that they need to wield with razor-sharp precision.

Keeping score
In 2006, Walmart announced its Packaging Scorecard, describing it as a tool for suppliers (brand owners) to compare their packaging to the packaging of their competitors, against specified metrics. Perhaps not as explicitly stated by Walmart, but no less understood by brand owners, was that they were being put on notice that their scores would factor into their viability as Walmart suppliers.

This was no surprise in the sense that if any retailer were to mandate a scorecard, odds were that it might be done by the undisputed brick-and-mortar goliath. Neither is it a surprise that the Scorecard’s metrics are sustainability-inspired, given Walmart’s announced goal of reducing packaging across its global supply chains. And it was no surprise that other retail chains have responded with their own packaging-related initiatives to support their claims of being responsible stewards of the environment.

Retail-ready and shelf-ready packaging
The two types share the purpose of reducing the grocer’s labor costs, but do so in different environments. Retail-ready is exemplified by sell-from-pallet merchandising found in membership stores, such as Sam’s Club and Costco. Pallet-loads need to allow store employees to easily remove outer packaging (e.g. stretch-wrapping, corner boards, and the like), making the load accessible to shoppers. Shelf-ready relates to the assembly of individual packages inside a tray or similar structure, which is placed on shelves, thereby relieving store employees from having to handle individual packages. For both types, grocers expect labor savings not only in stocking and merchandising, but also in packaging disposal.

The many aspects involved in designing packaging that’s retail-ready or shelf-ready are grist for future articles. Suffice it for now to acknowledge that grocers are not going to relinquish these or other packaging-related requirements that contribute to their bottom lines. At the beginning of this article, the retailers’ ascension was described as an evolution. Brand owners should remember that any evolution tests the ability to adapt, thereby favoring survival of the fittest. 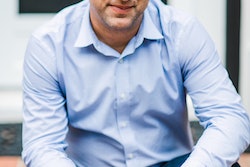 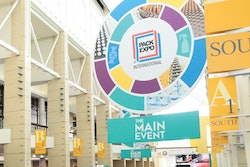 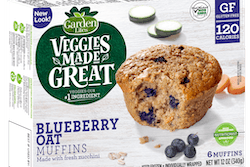