Members of club stores such as Costco and Sam’s Club will purchase products that use as much as 35% more packaging materials than products sold at traditional retail stores.

These purchases at club stores save the members 20% or less on their grocery bills. Assuming their recycling habits are on par with the national average, this means approximately 23% more never-to-be-recycled packaging may be generated on behalf of club stores.
Buyers for club stores require products to offer a value for their members. “Value” at Costco, for example, is measured by whether the sell price per ounce of food equates to 20% less than the price per ounce of the same food sold at retail. Although Costco’s buyers have been known to settle for less in savings, this is their target.

Costco’s website proclaims, “We sell our goods directly out of the boxes they are shipped in.” While this message implies environmental responsibility, the truth is the unique format of club stores creates a competitive landscape for vendors that is anything but “green.”

Education in containers
In 2017, I accepted a new role as a packaging professional for a well-known food company. While club stores currently represent only 7% to 8% of our net sales, they are perceived to be a huge opportunity for growth. Prior to accepting my current position, I had always been under the impression the “value” club stores could offer came, at least partially, from reduced packaging associated with bulk products.

My naïve impression turned out to be false. Most club-store packs are not larger, “bulk” size containers. Instead, they are often identical to the packaged products that are shipped directly to regular grocery retailers. The only difference is they are sold in multipack formats, which require additional layers of packaging to hold the individual sale units together. That could be a box with a window, a plastic tub, or maybe a chipboard wrap with shrink film.

These multipacks often necessitate even more packaging material in the form of pallet trays, corner fillers, stack inserts, etc., so they can be delivered undamaged and in “shoppable” configurations. Club stores want to “plug and play” pallets directly into their stores with minimal labor. To meet these demands, products must make a stop at a 3PL for repacking services.

During the past year I have worked with teams of people to create club packaging formats that use more than 40% more packaging material, by weight, than the same products sold at retail. Despite Costco’s green proclamation that it sells its products “directly out of the boxes they are shipped in,” the boxes that its products were originally shipped in from their manufacturer have long since been removed and discarded by a 3PL.

Club stores were originally designed as no-frills “warehouse” formats. I’ve never walked through an actual warehouse and seen pallet trays with multipacks and eye-catching graphics like you do in a modern club store. Club stores should return to their roots of bulk sales and be consistent with their stated principles.

A simple fix
Manufacturers should focus on developing packaging that is adaptable to multiple sales channels direct from the factory. Many shelf-ready case designs that reduce labor for retail grocery chains could fit into the club-store format. For example, one-pound pasta cartons can be packed into four-count or six-count shelf-ready cases. Club stores could sell the entire case to their members. Mom-and-pop stores could sell the individual cartons out of the case. However, club stores tend to favor small-count variety packs, so at some point compromises will need to be made, but more packaging can be shared between multiple distribution channels than is shared today.

While Costco may be able to say it sells its products out of the boxes they are shipped in, the result has been much waste in a different part of the supply chain. Stakeholders should stop shifting the burden and work together toward more environmentally-sustainable solutions for all. 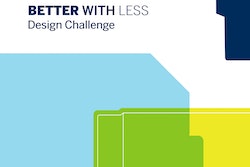 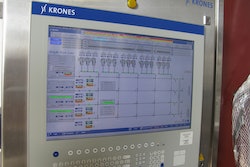 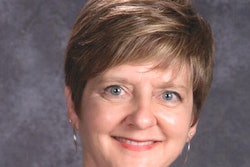