How many times have you said or heard the phrase “Don’t touch that!” and yet you still find someone touching what they aren’t supposed to?

How often have you heard that phrase in the packaging industry, especially when it comes to stretchwrap equipment? My guess is probably not too often, maybe never. However, those dials, along with quality stretchwrap material, are extremely important in containing finished goods for transport.

As many know, one of the four basic functions of packaging is containment, defined simply as holding a product in a way that allows it to be grouped, enclosed, or moved. Without proper containment, pallet loads can be damaged during transport by shifting, falling, etc. This damage often translates to a financial loss of product, time, or worst case, a customer or client.

Nearly one year ago, I moved from a role in packaging to a role in quality at one of our manufacturing plants. Although the palletizers and stretchwrappers were not my area to oversee per se, one of the first things I noticed when I toured the area was how little stretchwrap was applied to finished pallets. Not too long after I started, we received a call from our warehouse that loads were shifted during transport in our monorail system, which automatically transports a finished pallet from the plant to the warehouse next door.

Without a tool to measure how tight the wrap was, I put together a proposal to order two Lantech Containment Force Tools for our plant, as our sister plants had already purchased theirs two years ago when they were struggling with containment force issues. Our sister plants and I worked with Lantech to establish a containment force of 14 lbs for our heavy loads, as measured at the top, middle, and bottom of the pallets. Once the tools arrived, I began taking measurements of our finished pallets, and the results were alarming! The containment force values ranged around 5 lbs, which is the recommendation for stable mid-weight loads less than 440-881 lbs.1 The average weight for our products is approximately 2,000 lbs!

Clearly, some dials on the stretchwrappers needed to be turned, and fast! Using past experience, I worked with the distribution and maintenance teams to re-establish the settings to increase containment. However, with the settings re-set, the time to wrap the pallets was increased, as was the amount of wrap used, due largely to the stretchwrap material quality. The management team approved the change, communication was sent to all pertinent parties and placards were posted of the new dial settings. Unfortunately, the next morning I arrived to check on the wrappers and the settings had been changed! I set them back to what we established and the next day they were changed again! Not only was this infuriating, but in the back of my mind I was questioning the safety and quality of the loads sent out.

I contacted maintenance and they “hard-coded” one of the wrappers so that even if a change were attempted, it would be unsuccessful. The other wrapper has the dials facing outward, so a simple cover was fashioned out of Lexan to still allow visibility, but reduce the likelihood someone would change the settings. The settings were unchanged for a few days, but then once again, someone opened the Lexan cover, changed them and replaced the cover! After another round of communication to the operators and maintenance team on the importance of the settings, a shift happened and they didn’t touch the dials.

After a few months or so of settings and dials staying in their correct positions, I started to question the stretchwrap material quality again. An email to all our North American plants confirmed that we were using two different vendors. The plants that used the same stretchwrap material as we did didn’t experience the same quality issues, so we decided to trial a stretchwrap material our Virginia plant was running successfully on similar products. After two successful trials and positive feedback from the warehouse, it was determined we would change to the new material.

After nearly eight months of cross-functional teamwork, we now have containment force of 14 lbs, quality stretchwrap material, and decreased the time to wrap pallets. And, we have decreased the amount of wrap used.

1Stewart, Paul. “How to Figure Out the Right Containment Force for Your Loads.” 15 October 2012, www.lantech.com/blog/bid/233617/How-to-Figure-Out-the-Right-Containment-Force-for-Your-Loads?region=1 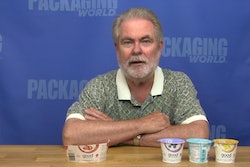 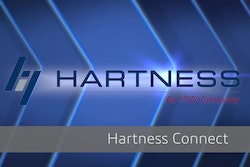 Revolutionizing the connection between operator and machine 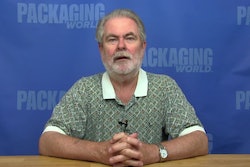