What does a packager mean by sell by, use by, or best by?

What is the solution when consumers are confused because packagers of food use a variety of statements to convey ideas about the useful life of food?

One solution could be mandatory regulations, but nowadays you might as well suggest bell-bottom jeans: Such things are simply not fashionable. How about a voluntary industry program aimed at standardizing the terminology and helping to better meet consumer expectations? That’s more like it—and as a bonus, such standards could have the effect of cutting down on food waste by reducing the amount of food discarded unnecessarily.

Food dating statements are a good example of a realm that, in the absence of industry standards or government guidance, has grown into a Tower of Babel, and it’s no one’s fault. Something similar happened before the Federal Trade Commission made standards for claims of environmental benefit like “contains recycled content” on labels and in advertising, and before Congress and then FDA set up standardized definitions of label claims like “light” and “reduced fat.” Different packagers were using the same word to mean different things. No one, or nearly no one, was acting in bad faith or lying, but consumers can get confused and won’t get useful information when different packagers use the same word or phrase to mean wildly different things.

Consumers have long been confronted by statements such as “use by” or “best by” or “expired by” or “sell by,” followed by dates, or other varieties such as the date of manufacture. It’s not uncommon for consumers to believe that after such dates pass, the food summarily becomes a deadly poison and needs to be discarded. Not to over-generalize, but that’s not true.

These different statements convey different ideas, of course. Saying a food is “expired” sounds more ominous than saying simply that it’s no longer at its “best.” (I do my personal best to reduce such confusion: When I am making a credit card purchase on the phone and am asked for my expiration date, I often say, “My card’s expiration date, you mean.”) Still, it’s not clear that consumers always make such fine distinctions, or that packagers are setting their use or best or whatever dates in ways consistent with what other packagers do.

What are the rules for such statements? First, as with every statement on a food label, such statements must be truthful and not misleading, but that’s just the most general of requirements.

Second, because your federal government’s regulation of food is divided, there are multiple answers. The U.S. Food and Drug Administration oversees about 80% of it, and the U.S. Department of Agriculture regulates the other 20% or so, consisting of meat, poultry, and egg production.

FDA requires infant formula to feature expiration dates but has no such requirement for any other food, and they say the law doesn’t “preclude the sale of food that is past the expiration date indicated on the label,” without specifying how that date might be phrased. They don’t require such statements on food labels, and they are “entirely at the discretion of the manufacturer,” says FDA, but they are fond of reminding packagers that regardless of what the label statement says, they’ve got an obligation to assure that their product is wholesome and fit for consumption when it’s in commerce.

For USDA-regulated meat and poultry products and eggs, packagers can voluntarily add a date label, but if they do it must comply with requirements in USDA regulations. (For eggs, some states require “Sell By” or “Expiration” dates, though some others don’t allow “Sell By” dates.) Included in those federal regulations are requirements that the date must express the month and the day, and even the year for shelf-stable or frozen products. Also, you have to explain the date in a phrase immediately adjacent to it, such as “Best If Used By.” USDA says date labeling is related to quality, not safety, and notes that spoilage indicators like off-taste, odor, and texture should warn consumers away from spoiled meat, poultry, and eggs that often are “not wholesome, but do not cause illness.”

So what, right? What’s a little confusion between friends? Well, as it happens, the resulting misunderstanding brings about a lot of food waste, perfectly good food being thrown out because consumers believe it’ll make them sick when it won’t.

The new, voluntary industry labeling plan has been rolled out by the Grocery Manufacturers Association and the Food Marketing Institute. The groups hope the new plan will replace the many date label designations now being used with only two: “BEST If Used By,” or “Best If Used Or Freeze By” intended to refer only to product quality, or “USE By,” or “Use Or Freeze By” for products “that are highly perishable and/or have a food safety concern over time.” For small packages, abbreviate with “BB” or “UB.”

The industry groups are urging packagers to start using the program, hoping it will be widely used by summer of 2018. They are using the initiative to help reduce consumer confusion and reduce food waste, and have undertaken other steps to attack food waste. They note, “GMA member companies recycled 97 percent of food waste from operations and donated 156 million pounds of food to food banks in 2015. FMI member companies reported 1.5 billion pounds in diverted food waste, including 390 million pounds of food donated to food banks.”

A world with less confusion and less waste. Label me optimistic. 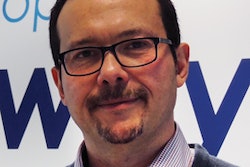 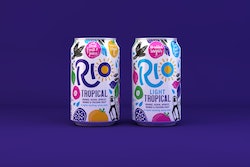 Redesign for juice in cans, bottles 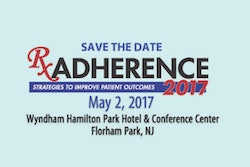 Packaging that reduces the risk of medication errors