So, I guess some drug ads are, like, totally regulated, whatever

Finally, something useful to discuss about Kim Kardashian.

Rather than her usual specialty of polluting the public airwaves with glimpses of a superficial, selfish lifestyle, she has provided us with an opportunity to examine how FDA regulates prescription drug advertising. Inadvertently, but, like, whatever.

Yes, FDA looks over the advertising for prescription drugs to ensure it is not false or misleading and that it complies with various FDA requirements for content. (Over-the-counter drug advertising is overseen by the Federal Trade Commission.)

In a nutshell, FDA has long been concerned with any mention of a drug’s “indication,” that is, its intended use, without context. The context includes its adverse reactions, warnings, or special conditions or diseases that disqualify one from taking the drug, and the like.

In this particular case, Kardashian, evidently as part of an endorsement deal with a drug company, made mention of claims about a drug’s effectiveness without communicating any risk information about its use. She also omitted important facts, says FDA. As a result, in January FDA sent a Warning Letter to Duchesnay, Inc. of Rosemont, PA, which makes the drug, Diclegis, and urged them to correct the allegedly offending advertising.

Turns out, says FDA, that the drug, which is approved for treating morning sickness in pregnant women, has not been studied in women with a condition called hyperemesis gravidarum, and is “contraindicated in women with known hypersensitivity to” various substances, and its labeling includes various warnings “regarding activities requiring mental alertness and concomitant medical conditions.”

FDA approves new drugs if the drug will be both safe and effective for the intended use. Few drug products are completely safe for all people in all situations. The process of drug approval is in many ways a balancing of a product’s benefits against its potential harms, and FDA will frequently clear a new drug for sale but require label warnings or other information as a way to make safe an otherwise unsafe product. It then follows up by reviewing prescription drug advertising.

Also, the law prohibits a drug whose labeling fails to reveal “facts that are material in light of the representations made by the materials or with respect to consequences that may result from the use of the drug as recommended or suggested by the materials.”

Kardashian posted a message on social media that explained that she had been suffering with morning sickness. She said she tried some remedies, all to no avail, that her doctor prescribed Diclegis, “and I felt a lot better and most importantly, it’s been studied and there’s no increased risk to the baby.” (You may not be surprised to learn that the post began with “OMG.”)

Kardashian had created a “product claim ad,” but hadn’t met all the requirements for such an advertisement. FDA defines different types of prescription drug advertisements, and has requirements and limitations for each. A “product claim ad” is the whole package as it were, in that it names the drug and the condition it treats, but also summarizes the drug’s benefits and risks.

A “reminder ad” names the drug but not its use. A “help-seeking ad” is more general, as it names a disease or condition but doesn’t “recommend or suggest specific drugs.”

The real complexity comes in working out how to summarize benefits and risks in a product claim ad. The way to do that differs if you have a print ad or a television or radio ad.

When your product claim ad is in print, you need to include what FDA calls a “brief summary” that typically includes all the drug’s risks that are listed in the prescribing information. You also need to include a sentence encouraging users to report “negative side effects” to FDA.

If your product claim ad is broadcast—on TV, radio, or even telephone—summarizing benefits and risks is a little trickier. You have to present a “major statement” of the product’s most important risks, and either all of the risks from the prescribing information or “a variety of sources for viewers to find the prescribing information,” such as one’s doctor or a toll-free telephone number, says FDA. The “major statement” is the feature of TV ads for drugs that begs to be parodied, as announcers explain that, for example, this acne medicine could make you spontaneously combust.

FDA had written the company a 2013 letter warning it about prior communications the company had issued that failed to include risk information and omitted material facts.

After FDA issued this letter in January, Kardashian reportedly changed her social media post to get it into compliance.

Insert your joke here about the frequency of reality TV stars learning from their experiences. 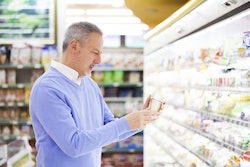 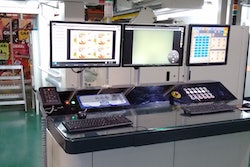 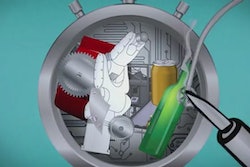 Introducing a resource for tape-related education and services