Just a few months after HM-251 was published, there are already multiple appeals and at least two lawsuits.

Seemingly no stakeholders are happy with most provisions of the new rule to address Enhanced Tank Car Standards and High Hazard Flammable Trains. Sometimes, that is a sign the rule has spread the economic burden equally across the industry. You will have to determine, based upon where you are in the regulatory scheme, whether that is true or not for you. The ECP (electronically controlled pneumatic) brake rule will have an impact on all shipments by rail, even non-hazardous materials and products. It will significantly affect the way both tank cars and packages are built (for example, shock and vibration impacts on the package’s ability to protect the product), and the cost to build and maintain them.

Let’s take a look at the impact of some of the requirements on the whole.

The most controversial provision of the rulemaking involves equipping each tank car carrying crude oil with electronically controlled pneumatic (ECP) brakes. The proponents claim one major benefit of ECP brakes is that stopping distances are reduced up to 70%. In a derailment, that may help to prevent other cars from running into the derailed cars ahead. While these may be beneficial effects, they are unproven in a derailment.

The real issue, though, with HM-251 seems to be that none of the accidents cited in the new rulemaking would have been prevented by ECP brakes. DOT claims in the final rulemaking that it is “designed to reduce the consequences and, in some instances, reduce the probability of accidents involving trains transporting large quantities of flammable liquids.” But isn’t the rulemaking supposed to help prevent the causes of accidents?

Proponents cite a recent CSX West Virginia accident as one that would have benefitted from ECP Brakes. Detractors assert that improved track maintenance standards would preclude ECP brakes from being considered for a role in the derailment in the first place. There is little agreement on this issue, but everyone admits ECP brakes will be very expensive to implement.

The provisions for ECP brakes also have far-reaching consequences, well beyond that of crude oil. For the system to work, each locomotive and buffer car will have to be equipped (though the final rule doesn’t require them to be); buffer cars are often old equipment whose economic value doesn’t equal the cost of the new installation.

What this means to you is that your load of flammable Methyl Methacrylate Monomer or Acrylonitrile will be subject to most requirements in this rule. Even if you only ship a few cars at a time, you don’t know what else will be on the train. Your shipment could be set aside for the next train if your cars don’t comply or to reduce the number of flammable liquid cars in a train. The railroads always have been good at figuring out train make-up, but an HHFT designation means your car will travel to you more slowly. The slower the journey, the more cars you need to supply the same amount of material for your facility.

The biggest provision on everyone’s mind is, of course, new tank car investment. We only have to look back at 2011 to see an investment of billions of dollars by the industry, which did not provide expected results.

Of course, we are talking about the CPC-1232 cars and for the most part, those cars will be our tank car dinosaur, now that that design will be viable for only a few years rather than four to five decades. The new DOT 117 tank cars will have high-tensile TC-128 steel, thicker than in previous years, thicker tank car heads and a mandatory jacket. Beneath that jacket will be thermal protection and insulation, and even though insulation and thermal protection are not designed for impacts, everyone secretly hopes both will help de-energize some derailment forces. Add enhanced bottom outlet valve handles and rollover protection and you now have what is essentially a DOT 105 tank car designed for volatile flammable liquids.

The key question is, will all this help? The answer is tricky. As with most safety questions, we will never really know how many accidents we prevented, or in this case, how many tank car breaches were prevented. “Time is the overseer of all things,” and this dilemma is no exception. 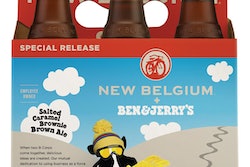 Master the art and science of the brand stretch 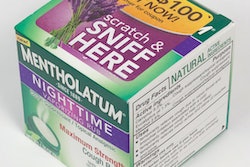 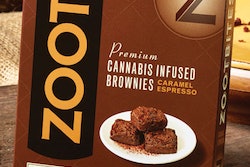