When it comes to keeping track of regulatory requirements, sometimes it seems like it’s raining cats and dogs. And cows and chickens.

Food packaging for animals has been of late a particularly innovative market segment, so understanding the regulatory side is especially important as it draws more and more new players.

Animal foods and drugs are among the always surprisingly diverse product types that the U.S. Food and Drug Administration must regulate.

Assuring the safety and wholesomeness of these products is as complex and important an undertaking as with human-ingested products. As proof, it’s not difficult to find examples of animal products going awry, whether it’s a recall of dog treats contaminated with Salmonella, or last decade’s deadly adulteration by melamine of imported pet foods.

This realm isn’t just about pet products, it’s also about the foods and drugs given to food-producing animals. Both are big businesses.

And as to pet foods, the framework is not what you would call elegant. FDA doesn’t approve pet food products before they go to market, but FDA says it “ensures that the ingredients used in pet food are safe and have appropriate function in the pet food.” FDA requires pet food ingredients to be Generally Recognized As Safe for that use, or be approved as food additives, and color additives need clearance as well.

Regulation of the labeling of pet food is where the real complication comes in, as FDA requires several label elements to appear—such as, identification of the product, statement of net quantity of contents, name and place of business of the manufacturer or distributor, and listing of ingredients—but the states also may impose their own requirements. The states’ requirements aren’t always consistent with FDA or with one another, and many states require product registration before marketing. While states typically take their lead from the Association of American Feed Control Officials, a private standard-setting group, some still often go their own ways, rejecting what other states accept, for example. As a result, getting a pet food product registered in all states can sometimes be a frustrating adventure.

FDA has been struggling for years with matching its legal mandates and limited resources when it comes to pet products. Any packager considering getting into the pet food field should carefully examine FDA’s requirements and guidance. One particular gray area is that of dietary supplements intended for pets. Strictly speaking, the Dietary Supplement Health and Education Act that set out the requirements for supplements for humans doesn’t provide for supplements for animals, so FDA treats them as food, or as food additives, or even “new animal drugs or GRAS substances depending on the intended use,” says FDA.

FDA has said it will generally allow (that is, not take enforcement action against) unapproved uses of food additives if no safety concerns are raised, if the use is permitted by AAFCO, and has looked for ways to allow appropriate health claims on pet food products. Claims of health effect on pet food labels have to be truthful and not misleading, and FDA says that its “review and acceptance of the claim is needed before the claim is utilized on product labeling.”

The future of animal food promises still more regulatory entanglements. Congress asked FDA back in 2007 to make new regulations that would set definitions and standards for pet food ingredients, processing, and nutritional and ingredient labeling. FDA is in the process of implementing those mandates, but is clearly taking its time.

Also, the 2011 Food Safety Modernization Act, whose various implementing regulations about human food are being so carefully watched by packagers, also called on FDA to establish current Good Manufacturing Practices and hazard analysis and risk-based preventive controls for makers of animal food. This will be an update to existing requirements, which include, for example, that canned pet food has to comply with the low acid or acidified foods regulatory requirements. (FDA regulates animal food containing meat, even though the U.S. Department of Agriculture regulates meat-containing human foods.)

Rules were proposed and public comments were accepted, and FDA even issued a revised proposed regulation. These new controls would become effective beginning 1 year after publication of the final regulation, depending on the size of the affected business.

Animal drugs as such—not products intended to be animal foods that become drugs because they make unlawful labeling or advertising claims—are regulated in ways similar to human drugs. An animal drug will be deemed a ‘new animal drug’ requiring FDA pre-approval if the use of the product is not generally recognized as safe and effective, and is not permitted under a specific grandfathering exception. When evaluating the safety of animal drugs, FDA weighs the product’s safety to the animal and also to humans if the animal is food-producing. Just as with human drugs, an FDA approval of animal drugs applies to the specific uses reviewed by FDA, and requires ongoing compliance with current Good Manufacturing Practices. Separate pathways allow in some cases for conditional approval of animal drugs or “indexing” of otherwise unapproved products for uses in minor species.

The bottom line is, there’s nothing secondary about animal products when it comes to regulatory obligations. Packagers old and new to the world of animal foods and drugs are well advised to remain familiar with the current regulatory developments that affect their products. 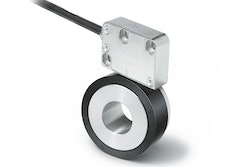 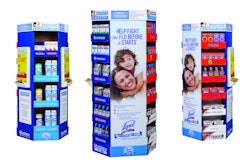 Merchandising program puts pharmacists at the core of care 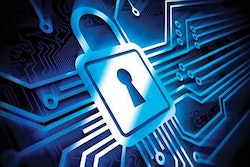 Plant floor cyber security—is it on your agenda?