Skills gap won’t be resolved without your input

As 2.7 million job openings are created due to retirements over the next 10 years and some 700,000 new jobs emerge due to business growth, a talent shortfall in manufacturing is rearing its ugly head. Here’s what On the Edge Blogger Keith Campbell, a regular contributor to this space, has to say about a recent report on the subject.

The data from PMMI on the first PACK EXPO East exhibit held last month in Philadelphia is reason for optimism about manufacturing in the Northeastern, and by inference, probably all of the United States. Attendance figures were well above expectations, indicating a true interest in expanding and modernizing packaging and processing operations. Machine builders that I spoke with are looking forward to increasing exports to foreign markets and to growing their sales in the US as other manufacturers reshore or add capacity.

At about the same time, the National Association of Manufacturers issued the 2015 update to its series of Skills Gap Reports, the last of which was published in 2011. This report, prepared by The Manufacturing Institute in partnership with Deloitte Consulting, paints a much less-rosy picture of manufacturing's future in the US, with more than three quarters of manufacturing executives predicting that the skills gap will negatively affect their abilities to implement new technologies, increase productivity, or meet customer demand. Others point to the difficulties of attracting and stabilizing the necessary workforce when they should wish to reshore operations. The sad truth is that our economy in general—and packagers, processors, machine builders, and automation suppliers in particular—will all be negatively affected by the lack of skills in our manufacturing workforce.

The measure of the talent shortfall in the 2015 report is the greatest reported yet. Some have challenged the 600,000 unfilled jobs statistic that has been cited over the past several years. This report predicts that this number will increase to a 2 million worker shortfall over the next 10 years. The report looks at both skilled production operatives and professional scientists and engineers as two distinct pieces of the same issue, each with their own unique challenges. The primary contributing factors on the demand side of the equation are the creation of 2.7 million job openings due to retirements and the creation of 700,000 new jobs due to business growth. In addition to the simple numerics, the problem is exacerbated by the fact that a disproportionate amount of process knowledge is held by those preparing to leave the workforce or by those who will be redeployed as a result.

On the supply side of the equation are factors such as the negative images and misconceptions of manufacturing held by parents, teachers, counselors and students; an ongoing decline in technology education programs in our public schools; and the overall lack of STEM (Science, Technology, Engineering & Math) skills in today's general population.

Some might see the demand creation problem as an opportunity for selling more automation. While manufacturing will, without doubt, continue to automate, this is not going to solve the problem. Much of the labor has already been removed from our processes and additional automation is only successful when the skills are available to specify, install, operate, and maintain it.

Lack of a skilled workforce is an impediment to automation. PMMI has recognized this challenge, and has been working diligently at developing programs that help to solve the workforce skills crisis. PACK EXPO East played a small but important role in that by providing opportunities for students, teachers, and others to get first hand information on manufacturing jobs. As a Pennsylvania native, it was encouraging to see local schools that had first-time booths in the Education Pavilion and others that sent students and instructors to walk through the show and meet the industry.

There is little that can be realistically accomplished on the demand side of the skills problem. The real solution is to work on the supply side. Dr. Charles Blankenship, President and CEO of GE Appliances & Lighting, is quoted in the NAM report as follows: “We cannot fully realize the renaissance of U.S. manufacturing unless and until we solve the manufacturing skills gap. Manufacturers are the key to solving this problem. By aligning together and clearly defining their needs—and speaking with one voice, they can work with secondary and post-secondary schools and government to create a system that attracts, develops, and retains skilled manufacturing talent.”

The report provides some further suggestions on the role of each of the underlined entities in driving toward a solution: manufacturers must lead; their trade organizations must speak for them with one voice; our high schools, community colleges, and universities must provide meaningful programs; and government must facilitate the process and help with the necessary educational infrastructure. Encouraging these groups to collaborate toward a solution is what The Manufacturing Workforce Development Playbook is all about.

If you have a stake in this issue, I suggest that you download and read The skills gap in U.S. manufacturing 2015 and beyond report. If you've not previously done so, download The Manufacturing Workforce Development Playbook to get some additional background on the problem and some potential solutions. Then get involved within you company and your local community to strengthen manufacturing across America. 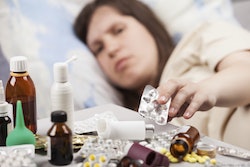 Hands-on service and support that extends beyond the sale 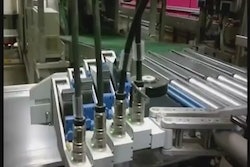