Shining some light on UV inks

Here are some considerations for determining whether UV inks should be part of your packaging.

UV (ultraviolet) inks can be used with any of the printing processes used in packaging; furthermore, UV inks can be used on both flexible and rigid packaging. What distinguishes UV inks is how they cure (dry): chemicals called photoinitiators react with certain wavelengths of ultraviolet light and the subsequent energy is transferred to the pigment and other components, resulting in molecular cross-linking and (by all practical measures) instantaneous curing.  As do the other classes of inks—solvent-based, water-based, and electron beam—UV inks have their advantages and disadvantages.

The suppliers of UV inks say that their product is well-suited for the sustainability era. The curing of UV inks does not emit VOCs the way solvent-based inks do as the solvent evaporates. The problem with VOCs is that they react with oxides of nitrogen to form ground-level ozone, a component of smog and a respiratory threat.  Ground-level ozone is not to be confused with the atmospheric ozone that buffers against the sun’s radiation.  In another packaging-related connection, decades ago, the U.S. banned CFCs (chlorofluorocarbons) as aerosol propellants because they are harmful to atmospheric ozone.  Fast forwarding to the present, the U.S. Environmental Protection Agency has standards that regulate ground-level ozone, standards with which printers that use solvent-based inks must comply.

Another advantage of UV inks is that their instantaneous curing results in greater throughput because subsequent production steps (for example, coating, winding, slitting, folding, etc.) can commence as soon as the substrate (or container) leaves the printer.  While an advantage to the printing supplier, greater throughput also can be advantageous to the end-user when there is a rush order or simply as an assist to speed-to-market.

An advantage that definitely accrues to the end-user is the upscale aesthetics that UV inks can provide.  Inks that require a longer cure time can soak into uncoated paper and paperboard, resulting in a flatter, less presenting appearance; however, UV inks, because they cure instantaneously, result in a more raised print and a more enlivened look.   Whatever the surface, instantaneous curing makes the print less subject to smearing.  And because of the cross-linking, the cured ink is firm and durable; consequently, it is more resistant to abrasions.  All of the aforementioned notwithstanding, the application of UV inks (just as with other classes) should be controlled to prevent certain conditions that reduce the appeal of the print.  An example is dot gain, a condition wherein a dot spreads beyond its intended parameters, producing such varied effects as reduced definition and increased darkness.

As for disadvantages, the same photoinitiators that cause the instantaneous curing of UV inks can migrate into the interior of the packaging and interact with the contents.  What is easily understood is that the most worrisome scenario is when that migration occurs with food packaging.  That’s what happened several years ago, in Europe, when photoinitiators were discovered in baby formula and in breakfast cereal, leading to recalls of those products.  The recalls were the motivation for regulatory initiatives throughout Europe aimed at low migration levels.  Germany is said to be working on a set of regulations that are expected to be adopted by the EU, thereby harmonizing the disparate regulations of other European nations.

The U.S. has been less robust in its response to the migration of photoinitiators, only requiring that there be an effective barrier between the printed surface and the food-contact surface.  Even so, that doesn’t mean that U.S. firms have less reason for concern; just one highly publicized event could trigger tighter U.S. regulations.  Additionally, with this being a global economy, U.S. firms doing business overseas are obliged to comply with local regulations.

One more disadvantage of UV inks is that the number of printing suppliers using them is not as large as the number of suppliers using solvent-based inks, leaving a would-be end-user fewer choices in suppliers.  But rather than being a disadvantage inherent to UV inks, it’s more of a disadvantage that reflects the strategies of some suppliers that haven’t made the conversion. Those suppliers, users of solvent-based inks, don’t see the need—at least not currently—to incur conversion costs for a number of reasons, including: 1) not enough customers are requesting (or even inquiring about) UV inks; 2) the regulatory future for UV inks is fluid; and, 3) costs already have been incurred in complying with regulations governing solvent-based inks.

In summary, regardless of material or form, what all consumer goods packaging share in common is printing.  It’s the main (but not the only) way that packaging performs its communication function.  Printing would not be possible without ink; nonetheless, when CPG companies hold talks with printing suppliers, topics such as the printing process, number of colors (and coatings), web width, and so forth, are likely to be discussed more so than inks.  That shouldn’t be.  The differences across ink classes can be as determining as the differences between paper and polymer or between a glass bottle and a metal can.  The good news is that CPG companies, in their quest for knockout copy and graphics, have choices in inks, and those choices are only going to get more sophisticated over time.  And that’s news that’s fit to print.Sterling Anthony is a consultant, specializing in the strategic use of marketing, logistics, and packaging.  His contact information is: 100 Renaissance Center- P.O. Box 43176; Detroit, MI 48243; 313-531-1875 office; 313-531-1972 fax; sterlinganthony1@sbcglobal.net; www.pkgconsultant.com 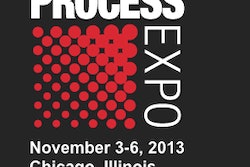 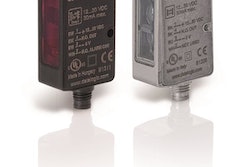 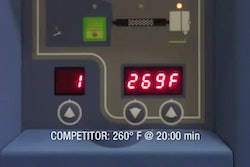