The concept of embedding a purpose-built robotic functionality into a packaging machine is one that can add flexibility to the machine while reducing the time and cost of development. 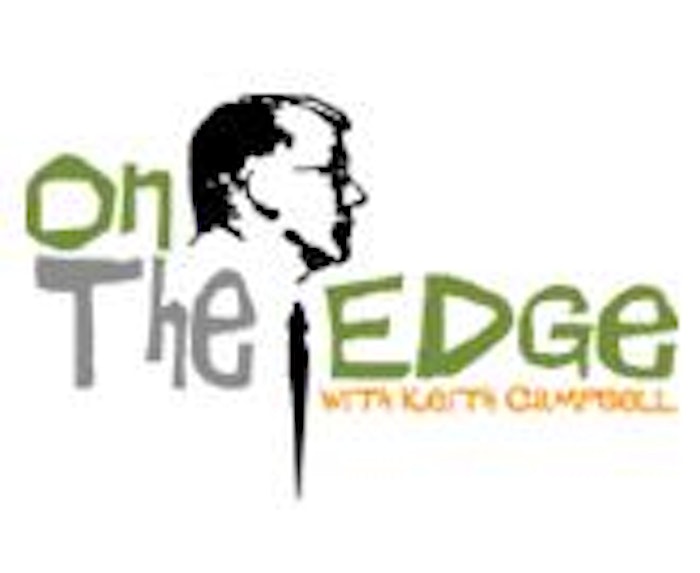 I believe it is a concept that is under-employed by machinery builders, partly because it is a concept that is misunderstood as inserting an off the shelf robotic cell between two other machine cells.  Embedded or integrated robotics, as I define it, uses a purpose built robot arm with standard off the shelf robot software to implement a primary motion component within a machine.  A blister pack machine on the floor of Pack Expo built by Pharmaworks of Odessa, Florida provides an outstanding example.

I first wrote about the concept of an integrated purpose-built robot in a post in June 2008 based upon observations at Interpack.  I followed up in September 2010 with a post requesting readers to send examples of integrated robotics.  We received several examples and a suggestion that we refer to this as embedded robotics rather than integrated robotics.  For me, either term works as long as we maintain the thoughts of a purpose-built arm utilizing standard robot control algorithms.

The Pharmaworks machine employs two such arms in its design. This photo shows a two axis arm near the end of the blister machine.  The software is implemented in a Yaskawa controller.  Engineers indicate that a 3 axis delta system may appear in future machines.

The two arms implemented in this machine make for a very clean, elegant and flexible design.  I think that we should see more of this concept applied in new machine designs.

The use of PLC/PAC embedded (unified) robotics grows. The only issues with this are that most of the robot mechanisms are custom developed and one-off and cannot compete in price/quality as what is provided by the major robot vendors such as Motoman, Fanuc, ABB, etc. The key to addressing this problem is the availability of major robot brands that function within the PLC environment. This gives the end users the best of both world, but may not be what the robot company wants. Yaskawa Motoman is the first one to offer a unified robot control solution for the Rockwell Platform that provides OEM's and end users the best of both worlds.