When this CEO learned of a paper bottle that would both differentiate his new line of household cleaners and be more sustainable, he had to have it for the launch.

Located in the north of France just outside the city of Lille, CBS Products is a wholesaler of household cleaning products. PET had been the container of choice for most of the 10 years the firm has been in business. But when Les Secrets de Leontine, a new line of products made from 100% natural ingredients, went into development, CBS CEO Gregory Dubos was determined to put them in packaging that would make them stand out and that would be more environmentally friendly than plastic. So when the new line reached store shelves earlier this year, it did so in paper bottles from Ecologic Brands.

“When I first saw this package I immediately had to learn more,” says Dubos. “It’s revolutionary.”

His enthusiasm led to a series of conversations with Ecologic CEO and Founder Julie Corbett, which in turn led to CBS becoming a user of the Eco.Bottle, described by Ecologic as “the world’s only commercially-viable paper bottle made from recycled materials.”

Like other containers made by Ecologic, the bottle for CBS consists of two molded pulp shells held together by interlocking tabs plus a thin extrusion blow molded liner that is fully recyclable and is made of 80% post-consumer HDPE. Other components include a band of tape that goes around the neck of the bottle to help keep the interlocked shells together. The tape also adds top-load strength and keeps the injection-molded neck finish in a fixed position when the threaded closure is torqued on.

The ultimate goal underpinning the whole Ecologic premise is to be able to one day ship nested shells to regions around the world where blow-molding of the inner liner would also be done. This would greatly optimize the sustainability of the container because then, rather than shipping empty bottles to its customer base, Ecologic could have the bottles efficiently assembled in locations relatively close to its brand owner customers. But Corbett says this regional approach to assembly isn’t possible because the highly specialized automated equipment currently used to assemble the bottles only exists, at this point in time, in Ecologic’s Manteca, Calif., facility.

So the CBS bottles are shipped in sea containers to the French contract manufacturer that CBS relies on. There the bottles are filled and an injection-molded threaded polypropylene closure is applied, as is a glue-applied paper label that is FSC-certified.

Room for improvement
One aspect of current production where Dubos would like to see progress is throughput. “The packaging is all semiautomatic, so we can’t really fill more than about 2,000 bottles a day,” says Dubos. “That’s one place where we need to make some improvements, because we’re struggling to keep up with demand from retailers. Not because it takes time to receive bottles from Ecologic, but because the filling and capping is too slow.”

Retailers carrying the bottle include the well known and well established Carrefour chain, one of the largest in France. All bottles hold 480 mL, and the consumer pays anywhere from $4.70 to $7.00.

As for the cost of the bottles themselves, Dubos says it’s twice the price of a comparable PET bottle. But CBS is able to charge a premium price for the products in the new line. “Consumers are well aware of what’s going on with plastic in the ocean, so they are more than willing to pay a premium for a paper bottle,” says Dubos.

He adds that the label includes messaging about how to recycle the components of the bottle. “The cap, the trigger spray, and the inner liner we indicate can be placed in the regular household recycle bins. The paper bottle, which is easily separated into two at its interlocking tabs, is 100% paper, so it fits right in with the paper recycle stream or it can be composted.” Ecologic’s Corbett points out that the Eco.Bottle has passed the ASTM 6868 composting standard.

Like Corbett, Dubos would also love to see bottle assembly done locally. “That would be my dream,” he says. “But the capital investment required to make that happen is significant.” Also like Corbett, he believes that one day bottle assembly on a local basis will in fact be in place. In the meantime, he believes this is the kind of bottle that the world needs more of.

“In its first life it’s a corrugated case,” he notes, referring to the fact that Ecologic makes the paper shells from corrugated waste. “In its second life, it’s a bottle. And it could even have a third life if you choose to use it for starting seeds the way L’Oreal does with its Seed Phytonutrient brand.” (For a fuller description of this, go to pwgo.to/5763.) 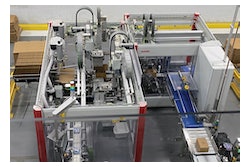 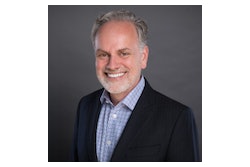 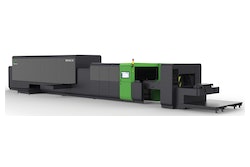