Though attention has turned to COVID-19, state legislatures were already pivoting away from last year’s opioid legislation to address drug prices—an issue that requires the Healthcare Distribution Alliance to engage across all 50 states. 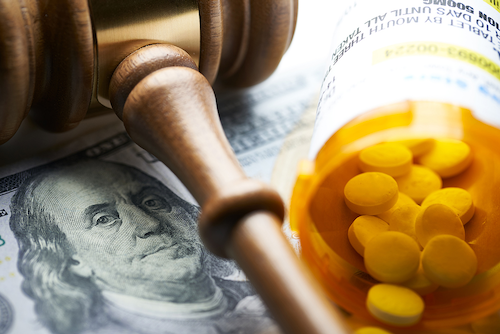 Changes have been afoot for everybody as we navigate the world around us amid the COVID-19 pandemic. The Healthcare Distribution Alliance (HDA) demonstrated its adaptability by quickly converting its Distribution Management Conference (DMC), initially planned for early March, to a series of online presentations. But it was also clear that presenters were adapting to more than just a change in format.

Pharmaceutical distributors are working to support healthcare facilities and providers on the frontlines of the pandemic while also trying to make sure that pharmacies, hospitals, providers, and patients continue to have access to other medicines and supplies. So it’s probably needless to say that the HDA’s state government affairs team has been busy with COVID-19 activity around the country, doing in weeks what has felt like a year’s worth of engagements, according to Matt DiLoreto, vice president of state government affairs for HDA. It’s a shift from the opioid epidemic that was so much a part of the conversation last year to the pandemic that is currently dominating the discussion.

Even before the coronavirus came on strong in this country, DiLoreto’s team had already seen a notable shift in its engagement efforts away from opioids. “This year, there was a drastic decrease in the number of those specific legislative proposals,” DiLoreto said, noting a move to drug cost controls. “States are trying any number of ways to tackle drug cost and transparency.”

As wholesale distribution is brought into that proposed legislation—many times incorrectly, according to DiLoreto—the HDA has been getting involved. “They often don’t understand the impact on the cost of mediations,” he said. “HDA is in a position of educating policymakers as well as amending or helping defeat legislative proposals that would inaccurately bring us into policy revisions.”

With this new focus on drug costs, engagement is more widely spready across the country—as opposed to opioid concerns, which were more concentrated in the East. One of the more prevalent issues this year has been states looking abroad for solutions to high drug costs. A flurry of state importation bills were introduced last year, based on a model from the National Academy for State Health Policy (NASHP), and more than 30 such bills have been introduced this year.

However, the HDA sees significant issues with these importation programs. As of DiLoreto’s presentation last month, the HDA had weighed in 14 of those bills. No state had a functioning program yet. “Many of the questions we’re out there asking, the concerns that have been brought up, have not been answered yet,” DiLoreto said. “I feel our concerns are very warranted regarding the implementation challenges that exist with a national importation program.”

Besides importation, there are several other legislative issues surrounding drug price controls:

Price gouging, also a priority, has seen state policy efforts for about two years—defined in a number of manners, with different thresholds, DiLoreto said. Maryland enacted a law that was found unconstitutional. “But that has not stopped stages from coming back and trying to pass their own,” he added.

There were 59 bills introduced early this year to control the cost of insulin, including measures on co-pay caps, list price caps, statewide sales reporting, and fees levied on manufacturers and/or distributors of insulin to fund assistance programs. A bill from Kentucky was a notable one that the HDA got involved with—trying to charge $1.50 on each unit of insulin shipped to fund a program for patients needing access to more insulin.

Though less in the spotlight than it was a year ago, opioid is “still a very contentious debate at the state level,” DiLoreto said. There is still active legislation in several states, and the HDA is also engaging on enacted laws. “We’re working with New York on implementation and concerns surrounding that,” he said, adding that Rhode Island will revisit its policy, and Minnesota revisited its policy this year.

After outlining issues with all manner of legislation around drug pricing, DiLoreto felt the need to clarify HDA’s stance: “I don’t want anyone thinking that HDA is just opposed to this legislation. We are not,” he said. “There are good models to follow. There are functioning laws out there.”

The level of engagement by HDA can depend a lot on the education level of some of the policies, DiLoreto said. “The lines get very blurred depending on who’s drafting legislation,” he said. “The bills can get very complex. We are educating those that are supporting, advancing, and voting on these bills.”

HDA’s engagement on all of these issues has been more complicated by the coronavirus, however, with state legislatures closing down along with businesses. The bulk of state government engagement typically occurs in the January to June timeframe. “This national emergency dropped smack dab in the middle of a busy time of state government affairs. And then everything essentially shut down,” DiLoreto said. When states begin to pick back up again, it leaves a big question mark of how everything will be handled as bills begin to churn back up. “It adds another layer of complexity onto the representation of the industry.”

Meanwhile, the coronavirus pandemic has been no small feat for HDA’s state government affairs team—working from home around the clock with individual states. “Anybody watching the news sees the role that states are playing in this pandemic. Governors are at the forefront of engagement,” DiLoreto said, pointing in particular to states like New York, California and Maryland. “For every issue this industry has engaged on, multiply that by 50. Each state is tackling it individually. HDA has been in touch with everyone.”

One of the things that DiLoreto’s team worked on with every governor’s office was to identify wholesale distributors as critical. They also worked on getting waivers for out-of-state licenses. “If a wholesale facility became compromised,” DiLoreto explained, “that enabled me to adjust licenses to another facility in another state.”

States are “running and gunning” to handle the pandemic, DiLoreto said. “They’re doing all they can to respond to this for their citizens.” But it has meant the HDA being in contact with all 50 states, trying to get clarity on licensure for emergency facilities, for example, or trying to get wholesale distributor exemption from state-mandated inventory requirements for pandemic-related supplies.

For more resources on how pharmaceutical distributors are being affected by the pandemic, check out HDA’s COVID-19 response page.

Past Coverage of Opioid Legislation