With expansions in pharmaceutical, medical, and food and beverage applications, the essential oil market is booming. Young Living turned to Syntegon (formerly Bosch Packaging) to triple its filler speed and improve yield.

Young Living, headquartered in Utah with farms and operations around the world, makes a wide range of essential oils and other products.
Young Living

Nutraceutical companies might be getting called out by pharmaceutical companies these days to follow the same sorts of guidelines that they’re held to, but the key reasons a leading essential oil maker went with a pharma-grade filler had a lot more to do with speed and reliability. “I’d recommend Bosch if they were filling 5 and 15 mL bottles of anything,” says Trent Davies, facilities and maintenance manager for Young Living.

What the FLC 3080 TR-EO filling machine from Bosch Packaging Technology (now independent enterprise Syntegon Technology since Bosch completed the sale of its packaging division) provides for Young Living is stainless steel construction that’s easy to clean, won’t corrode from the essential oils or cleaning agents, and is easy to access. It also offers a throughput that’s three times as fast as what Young Living was getting from its previous fillers.

Young Living’s four monoblock filling/capping machines can each output 90-100 bottles per minute. In contrast, the Syntegon filler runs at a speed of 300 bottles/minute for both the 5 and 15 mL bottle sizes that Young Living sells. The Syntegon system starts with its standard pharma-grade FLC 3080 but is modified for screw caps rather than the usual rubber stopper finish. 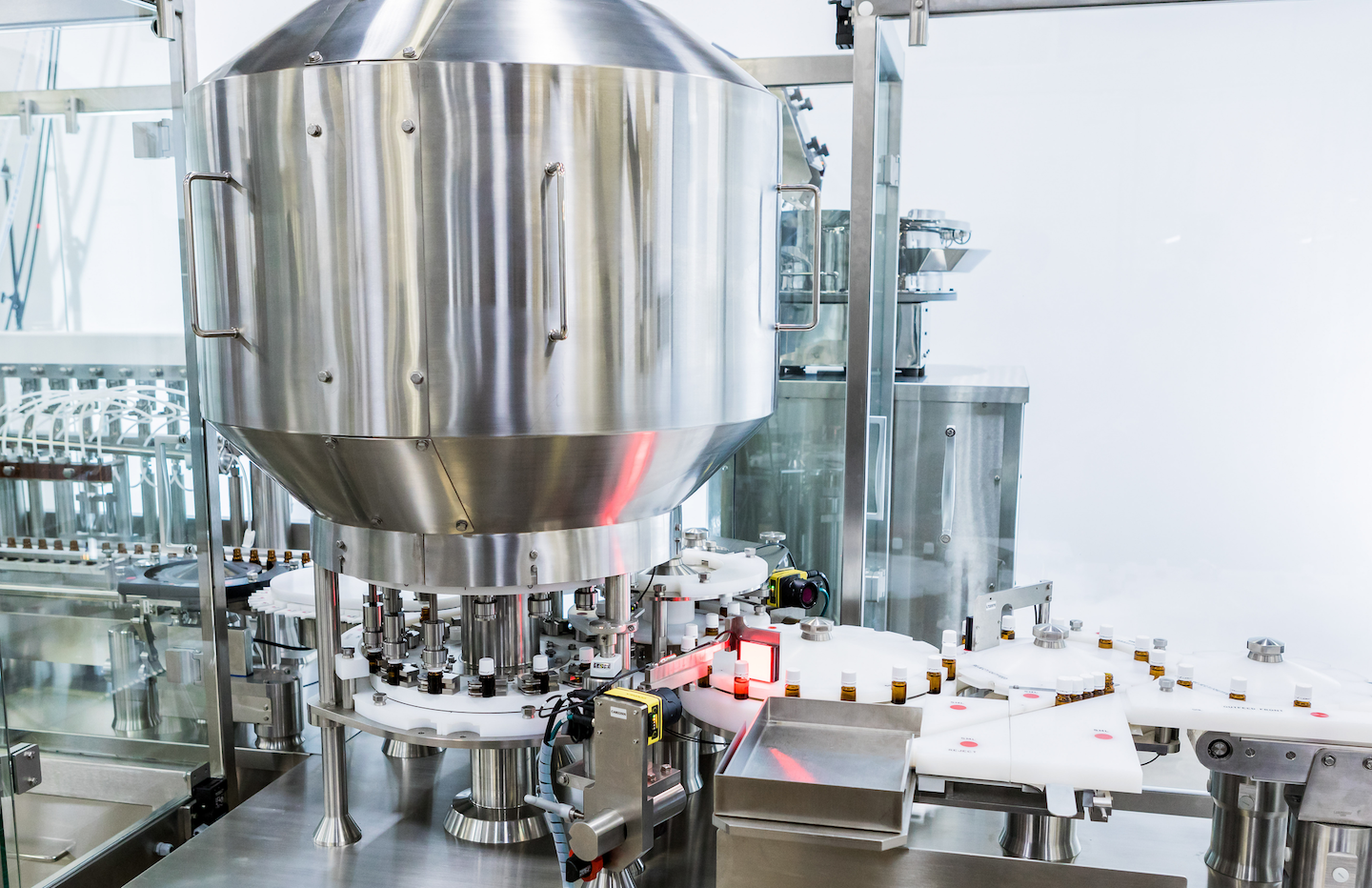 Customizing the pharma-grade FLC 3080 for screw caps instead of standard vial stoppers created some challenges for maintaining high throughput, but Syntegon was able to provide speeds of 300 bottles/minute.Syntegon TechnologyFor standard pharmaceutical vials that are stoppered and crimp capped, Syntegon makes machines that can fill at speeds of 30/minute to more than 600/minute. “When Young Living came to us with these screw caps, the challenge was can we still maintain the high rates of filling but also the screw capping,” says Mark Schwartzbauer, applications engineering manager—pharma liquid for Syntegon.

Syntegon has been making 300+/minute fillers that do screw capping for well over 20 years—putting screw caps on saline solution bottles, for example, for companies like Alcon and Bausch + Lomb. In this case, however, the cap also included a built-in dropper inside it, creating an added challenge.

The speed was an important aspect of what Davies was looking for in operations at Utah-based Young Living, which was seeing significant growth in the essential oils market. Aromatherapy pick-me-ups and relaxation are just the tip of the iceberg for essential oils. They’re used in home products for safer cleaning supplies, in nutritional supplements, as flavoring in foods and beverages, and in a wide range of personal care products. With an expansion of food and beverage industries and added health benefits of essential oils expected to boost their use in pharmaceutical and medical applications, the market is poised for growth. A growing consumer preference for natural and organic products is expected to boost essential oil sales to more than $11 billion by 2022, according to Allied Market Research, with a CAGR of 8.7% from 2016.

Keeping up with demand

As a leader in essential oils, Young Living passed $1 billion in sales in 2016. With demand continuing to rise, their existing filling and labeling equipment just couldn’t keep up. Not only was Syntegon able to deliver the high-speed equipment that tripled the output of the 5 and 15 mL bottles, but it incorporated the other advanced technologies that Davies was looking for as well. 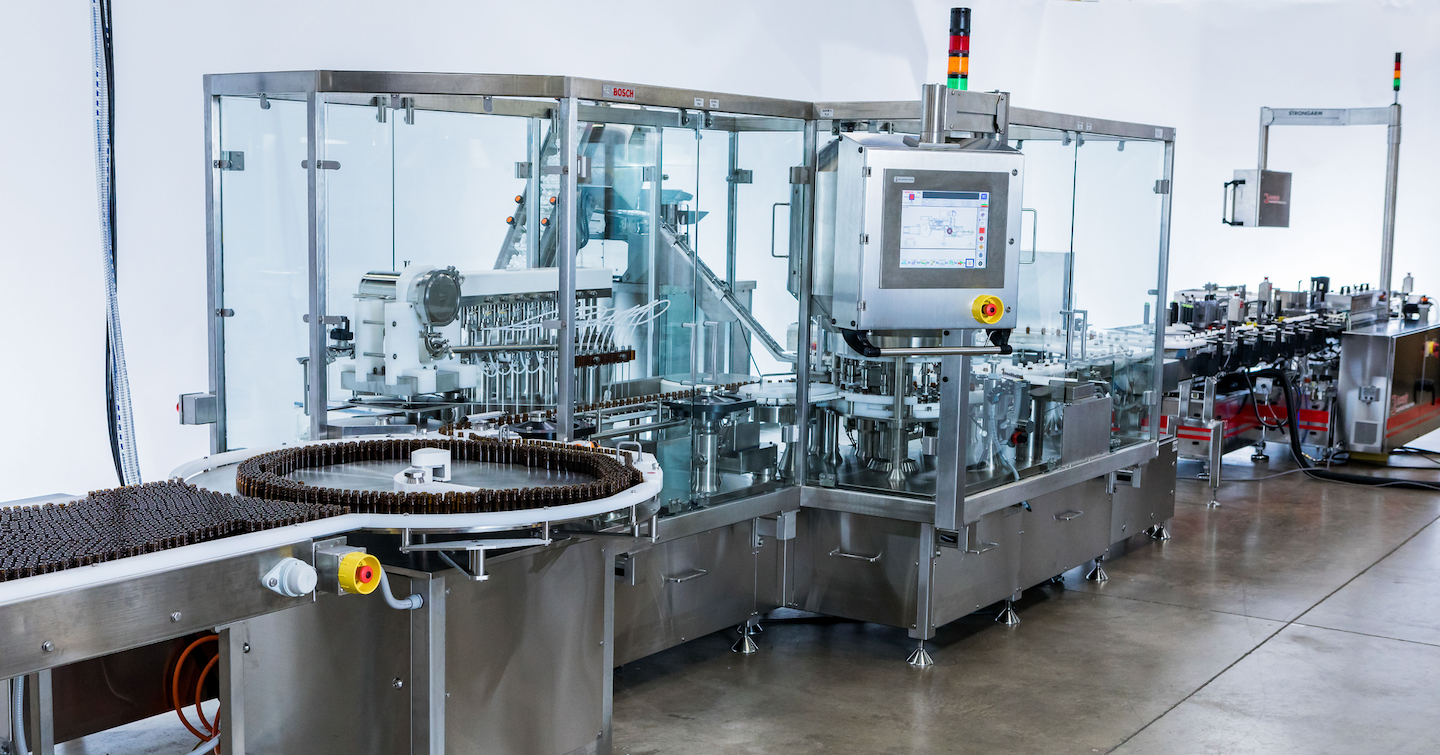 The HMI on Syntegon’s filling and capping machine gives much more information than those of Young Living’s other fillers, according to Davies.Syntegon Technology“The technology on this line is head and shoulders above our old lines; it’s not even close,” Davies says, pointing to the FLC’s servo technology, advanced human-machine interface (HMI), and batch data reports. “The comparison of the HMI alone—it gives so much more information than our other ones do.”

As an example of what can be done with the batch records, Davies notes how cap torque history had previously been done manually—now saving man hours by getting those reports through the batch records. “Which allows the manufacturing manager to do his reviews on what is going on with the machine throughout the day or through the week,” he says. “So if he has customer complaints, like if there’s a complaint of a leak, he can find out almost instantly, on that day, if it came off the Bosch or not.”

A typical batch data report captures all the pertinent information of a production run, Schwartzbauer notes. “It would capture any alarms, any stoppages of the machine, it captures all the recipes when things were set up or things were changed, but it also captures things like rates of the vials,” he says. “We also have a statistical checkweigh, so we’re monitoring the weights for sampling of the bottles that are going through. We’re capturing the torque data; we’re also capturing good vials vs. rejects.”

Time savings also come through automatic recipe functions, notes John Augsburger, regional sales manager—pharma liquid packaging for Syntegon. “You have the ability to save and create new recipes that you can just load at the touch of a button,” he says. “It recalls the last parameters you used for that particular product and that particular vial size. So everything is in the machine; you do not have to set up the machine over and over and dial it in.” 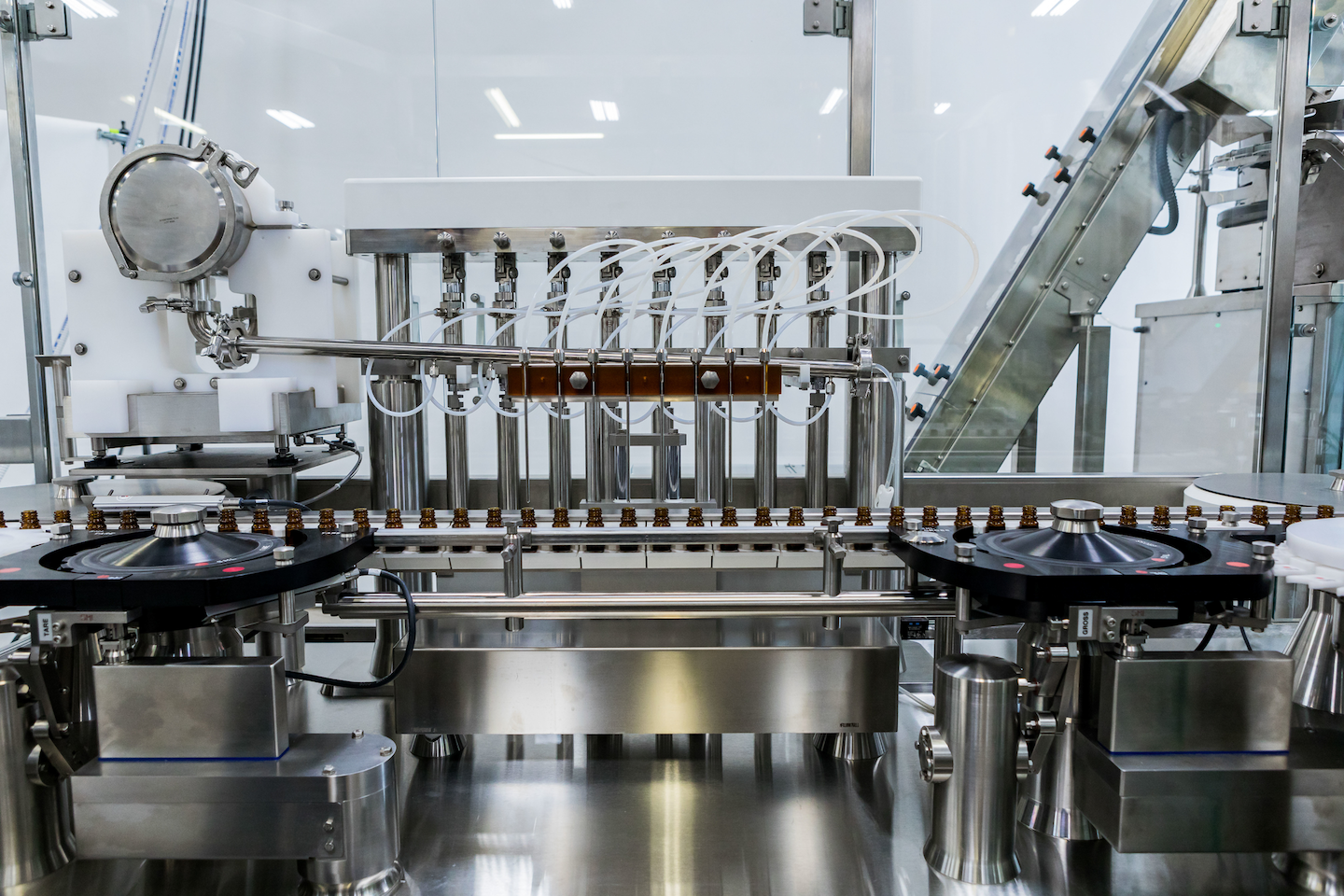 The FLC 3080 TR-EO filling machine is an eight-head piston pumping system.Syntegon TechnologyThe FLC 3080 TR-EO filling machine is an eight-head piston pumping system with statistical checkweigh, 16-head rotary screw capper, and cap vision inspection with reject station. The line uses a third-party labeler, which was sourced and integrated by Syntegon. Though the benefits over its other four fillers might seem clear, Young Living did not take the purchase decision on the FLC 3080 lightly. “It was a big jump for Young Living in terms of output and yield. But it was also a big commitment in terms of investment compared to what they were used to paying for a filler,” Augsburger says. “It’s not something that would be easy to justify if you were an engineer trying to sell it internally.”

“It was a challenge to sell it to upper management for the investment,” Davies confirms. “But I think now that they’ve seen what it can do and what it’s doing, I don’t question if it ever came up again that there’d be a problem.”

In fact, Young Living is in the process of starting another filling project with Syntegon, Davies says, though he’s not ready to share any details.

From Davis’s perspective, the service from Syntegon also plays heavily into his satisfaction. “I’ve had a long history of dealing with startup equipment and dealing with problems. My opinion is that Bosch went over and above what I’ve seen a lot of machine manufacturers do on some of our problems as far as accepting costs and working stuff out with us and timelines and meeting deadlines,” he says. “They were very, very proactive.”

For the Umpteenth Time, Cannabis Market Hard to Define

In a major undertaking this year in Chicago, PACK EXPO International sponsor PMMI is creating an interactive display on the history of packaging.
Pat Reynolds
Feb 4th, 2020