To address the trend toward cans in craft brewing, Wormtown Brewery brings canning in-house, speeds up its operation, and lets the cans themselves shine on shelves thanks to a high-end can handle system.

Matt Reynolds
Mar 11, 2019
Wormtown Brewery’s Blizzard of ’78 stout illustrates how the brewery borrows from local events, sports, and lore to brand its selection of brews. Its tagline, “A Piece of Mass in Every Glass,” reinforces the use of local ingredients and flavor.

Wormtown Brewery, Worcester, MA, began making beer in 2010 as a draft-only operation with a 10-barrel system in a tiny facility that had previously been an ice cream shop. The beer quickly became a local hit, and its popularity meant it was short on capacity “pretty much from day one,” according to Ben Roesch, brewmaster at Wormtown.

“One of the things that sets us apart is we use at least one Massachusetts-grown ingredient in every beer we make,” he says. “We call it, ‘A piece of Mass in every glass.’ And we also have a new beer in a 12-ounce can called MassWhole, because it’s wholly made with Massachusetts ingredients, and it’s a term of endearment for Northeasterners. Not only do we try to use local ingredients, but we also name our beers after whatever might be locally famous. Our winter seasonal beer is called the Blizzard of ’78 because we had an infamous blizzard that year. And Wormtown is actually a nickname for Worster.”

The company had a thousand-barrel capacity to start, but based on the local flair and attitude, it kept on adding year-over-year until 2015, when it moved into its current location, complete with a 30-barrel brewhouse. Packaged beer output in 2018 was just under 25,000 barrels.

When moving into the new facility, the company invested in a fully automated bottling line. But like a lot of craft brewers, Roesch had been keeping an eye on the shift toward cans over the past decade or so. He first addressed that demand back in 2012, when he began using a mobile canning service; use of this mobile line continued in the early days of the new facility.

“As we grew, bottles kind of hit a plateau whereas the need for more cans was pretty evident—cans are really on fire. Bottles are steady, but they’re not growing the way cans are,” he says. “We had already run out of space in our new facility, but we were able to get in some adjoining space in the brewery last fall, and we turned it into our packaging hall. So we relocated the bottling line, installed an automated keg line, and started looking at what we were going to do for a canning solution.”

First step into in-house canning
The immediate, stop-gap canning solution was a Cask five-head in-line can filler and seamer that would initially bring the canning in-house, help Roesch control the quality of the fill, and end Wormtown’s reliance on external mobile canning. Though only a short-term solution, the machine paid for itself in nine months, having removed the per-case fee for mobile canners. The longer-term canning solution, one that would precipitate a wave of automation in the facility, was the purchase of a 20-head rotary filler from CFT in the summer of 2017.

“[The purchase] set in motion the need to have all the upstream and downstream support and automation to be running at 180 cans per minute for 12-ounce cans and 120 per minute for 16-ounce cans,” Roesch says. “When you’re doing in-line canning, you could almost feed the line by hand if you wanted to. But with a 20-head filler, you really have to get those cans through so you can let the machine crank and do its work. The big piece, and where we spent a lot of money to guarantee the quality of the fill, was with the filler and seamer. One of the reasons we picked CFT is because they make their own seamer. While they’re an Italian company, they make a lot of packaging equipment, and a lot of breweries use their canners in the Northeast, so there is some shared knowledge and spare parts supply nearby.”

The filler was installed in May 2018, so Wormtown had a nine-month period of running the Cask filler to figure out what the line would include when the CFT was installed.

“And though we had the filler come from Italy, we weren’t necessarily looking to do a full European line and have to ship it over,” Roesch says. “Shipping costs are high, and depending on what the exchange rate is, you may be paying more or less than something comparable in the U.S.”

The company had used a small conveyor on its Cask line from Ska and was happy with it, so Roesch went with the Durango, CO, supplier for a depalletizer and all the conveyors downstream to the tray former. The depalletizer single-files the cans and runs them through a twist rinser with ionized air to clean the cans prior to the fill. Cans are filled and seamed on the CFT, then air-bladed dry and date-coded with a Markem Imaje ink-jet coder before being held in accumulation. After accumulation, cans enter a tray packer fed by a tray erector, both from Switchback, then are carried to the can handle applicator, which Roesch says anchors the line, frees up hand labor, and differentiates Wormtown cans both on the shelf and in customers’ refrigerators.

The can handle applicator
The canning lines at Wormtown have always used high-density polyethylene can handles instead of cartons for both four-pack 16-oz and six-pack 12-oz can configurations. But while using the mobile canning service, the company had little control over the can handles used in the process. When bringing this application in-house, Roesch’s research led him to Roberts PolyPro, a Pro Mach brand. Ultimately, he became the first customer to purchase, install, and use the Roberts PolyPro THA240 automatic can handle applicator.

The machine is designed to apply HDPE handles to four- and six-packs of beer at speeds up to 240 cans/min, which is faster than the maximum speed of the filler/seamer. The applicator features a pneumatic gantry system to pick the handles out of a magazine and place them on the rim of the cans in an intermittent operation. During each pick-and-place cycle, the gantry system picks either six four-pack handles or four six-pack handles from the magazines and places them onto 16- or 12-oz cans, respectively. No changeparts or modifications are needed to switch between the two can sizes or handle configurations.

With both sides of the magazine filled, the machine can operate continuously for approximately 28 minutes before an operator needs to refill them. Loading of the depleted magazines is possible through the magazine access door that can be opened to allow the magazines to be reloaded during operation to minimize downtime.

The recyclable, injection-molded can handles are standard 202 size and offer exceptional cube utilization for transportation savings. Roesch indicated he’s interested in doing some branding on the can handle itself via molding, inserting, or embossing logos or other messaging into it, a new feature that Roberts PolyPro revealed at the 2018 PACK EXPO International.

After the can handles have been applied, the 24-can trays are manually palletized and shrink-wrapped.

Can configurations
Wormtown’s flagship, highest-volume beer variety is called Be Hoppy, and volume is such that the brewery purchases printed cans from the Ardagh Group. For several of its other year-round or larger seasonal varieties, the company uses sleeved cans, also from Ardagh. Sleeving is done by the supplier, not the brewery.

And for short-run, one-off batches, Wormtown operators fill bright stock cans, manually carry them from the canning line to the bottling line, and run them through an in-line pressure-sensitive labeler on the bottling line. Labels are supplied by Dion Labeling. After being labeled, the cans are returned to the tray packer, then have can handles applied.

“It was important for us to give our customers a look into the packaging hall, which wasn’t initially available,” Roesch says. “We did that by opening up what were closed exterior windows that had been bricked in. When we moved into the space, we spent a good deal of time and money opening up the old windows and putting in nice, new aluminum-edged storefront-style windows that display the packaging hall. That way, everybody can see the canning machine from there, which is nice. That way, they don’t have to go on a tour just to see it.”

Having this window into packaging operations has Roesch thinking about the packaging line layout and design. He’d like to add some flair for the dramatic for observing customers and provide good use of space for operators. Currently, the line sits in a ”U” shape, with the Ska depalletizer at the head of the U, and the Roberts PolyPro can handle applicator at the terminus. Rethinking this design will place the can handle applicator closer to the filler at the front of the line and in full view of observing customers.

“I think we’re going to kind of make the line more like a paperclip. We’re going to put a 180-degree turn where the Switchback tray erector machine is right now and run the line back underneath the depalletizer, since it sits so high on a mezzanine level before it brings the cans down,” Roesch says. “Then, we’ll run it parallel to the twist rinser on the outside of it, then run the Switchback and the handle applicator there. This puts the end of the line closer to the filler, and it’ll give us a little bit more room for our palletizing operation.”

Craft brewery expansion continues, but at a slower rate
For the past decade, the craft beer industry has been defined by continuous, significant growth from year to year in both revenue and the number of establishments. In just eight years, craft breweries have expanded nearly three-fold, from 2,420 establishments in 2010, to more than 7,000 in 2018. Craft beer also has been chipping away at the overall market share within the beer industry. Total beer volume sales fell 1% in 2017, while craft beer continued to expand sales volume by 5% and retail sales revenue by 8%, accounting for 12.7% of the beer market by volume and 23% by revenue.

In just the last year however, craft beer growth appears to have hit its zenith and is now slowing. Initial reporting for 2018 shows sales revenue growth in the first two quarters nearing 5%, with more moderate growth in sales revenue expected in the second half of 2018. While craft beer sales revenue still made gains in 2018, it will fall well short of the 8% growth reported in 2017. The number of craft breweries has also continued to expand, with a nearly 20% increase in 2018, but the number of closures has also begun to pick up. In 2016, there were 94 brewpub and microbrewery closures, while in 2017 there were 129, the most recorded in the last five years.

Taken all together, the data for craft beer points toward an industry that has likely reached the peak of its growth period and is now experiencing the strain of an overcrowded market. The sheer number of craft breweries competing in the market, even on a local level, has become so great that it is increasingly challenging for individual breweries to stand out to consumers. This encroaching competition is rewriting the story for growth in the craft beer industry, requiring breweries to reexamine traditional models of scaling and expansion. 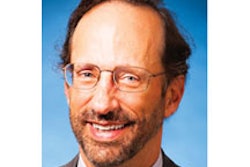 Craft brew revolution eats its own 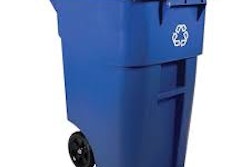