J&J’s approach to packaging for millennials

Like packaging professionals everywhere these days, the team at Johnson & Johnson Consumer Inc. understands that designing packaging for millennials requires a certain touch.

Pat Reynolds
Designing this bottle presented a big challenge for the brand in terms of equity.

The JJCI team showed a deft touch indeed with two product launches in 2018: Listerine Nightly Reset, which is technically more of a line extension than a launch, and C&C by Clean & Clear.

Nightly Reset is a new anticavity fluoride mouthwash that is aimed squarely at millennials. “Focused as it is on a different target than original Listerine, it presented a big design challenge for the brand in terms of equity,” says Miguel Herrera, Global Package Development Director for North America Consumer and Global Oral and Wound Care for JJCI. “With Nightly Reset we needed a different look, something that would appeal to millennials. So we designed a second equity, so to speak.”

Sure enough, some of the original iconic design is echoed in the pinch-waist shape of the Nightly Reset bottle, which is injection-stretch-blow-molded PET just as original Listerine is. But even though the word “Listerine” in its time-tested typeface is dominant in position and size, the overall appearance of this container is dramatically different.

Not different, however, is the cap. “We use the same cap as you’ll see on original Listerine,” says Rafal Hrymoc, Global Package Development Director for Beauty Packaging and Innovation at JJCI. “It’s a matter of leveraging what we could—the engineering, the injection molding machinery, the molds—in an effort to keep costs in line and to retain some of that iconic brand positioning. Yet the container is boldly different than that of original Listerine.”

Also developed for millennials was C&C by Clean & Clear, about which Conde Nast’s Allure magazine had this to say: “The line features 11 products, including masks, foaming cleansers, and camocolored pimple patches. They have all the efficacy of the original Clean & Clear formulas, plus a dash of cool, sleek minimalism. Think simple, black-and-white packaging and product names like ‘Black Out’ (a blackhead-clearing coffee scrub), ‘Total Zen’ (a calming lavender mousse cleanser), and ‘Tough Love’ (an acne-clearing peppermint toner).”

Unlike Nightly Reset, however, which went through all the traditional brick and mortar retail channels, C&C was launched as an e-commerce-only play available on amazon.com and ulta.com. Even now that’s where most of it is sold, though it’s also available in Ulta Beauty stores. Where it’s not sold is in brick-and-mortar Walmart, Target, Macy’s, et al.

According to Hrymoc, the development path behind this launch was decidedly unlike anything JJCI would have undertaken a few years back. “We had a very specific team including packaging, marketing, R&D, design, and supply chain practically locked in a room making immediate decisions,” says Hrymoc. “They even partnered with wildly popular twin teenage YouTube bloggers, Brooklyn and Bailey, for feedback and advice on everything from scents to packaging.” For details on how these 18-year-old identical twin teen sensations pitched in, go here: pwgo.to/3868.

“It was very strategically focused on what we’re doing as a brand, as a company, to leverage product and package design to have an impact with the millennials,” adds Hrymoc. “Even the messaging about no animal testing and no preservatives was done through symbols or icons on the front facing rather than text. This project brought tremendous learning inside JJCI. And it was born and delivered in under 10 months, which is quite radical for J&J. But it happened because we had a focused team. We had decision makers on board who knew exactly what they were going after, what they needed to try, and who they needed to try it with. So now we’re using all that knowledge to re-examine our entire internal infrastructure. What can we take from that launch and where can we apply it elsewhere in an effort to get to market faster?”

Before leaving C&C, two more observations about C&C by Allure: “Who said functionality and coolness have to be mutually exclusive? Best of all, the C&C by Clean & Clear range is totally reasonable at $8 to $16.” 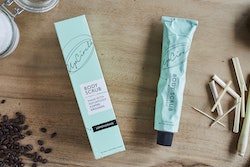 Words matter, as do visuals, in packaging design 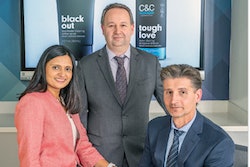 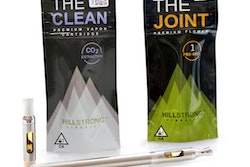 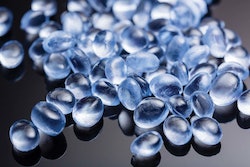