Rogue Ale & Spirits aims to stand out in crowded craft beer scene with a new look for its Dead Guy Ale bottles and cans.

Rogue Ales & Spirits has revealed a fresh, new look for its Dead Guy Ale and has introduced 12-oz cans for the first time. The updated design features a bigger and bolder Dead Guy, who has come down off his barrel, with a black, white, and silver color scheme.

"There were a number of iterations, but the idea came out pretty quickly," says Rogue's Creative Director Hagen Moore. “We wanted to make the Dead Guy larger than life and have him stand out in a simple and unique way."

Originally brewed and bottled in 1990 as a Dia de los Muertos beer for a Portland Tex-Mex restaurant, Dead Guy Ale became a favorite among craft beer drinkers. For the last 26 years, the Dead Guy Ale label featured a beer-clutching skeleton with crossed arms and a beehive hat sitting on a barrel. Although there have been small tweaks to the label over the years, this new look marks the first major redesign for Dead Guy Ale’s packaging. From its inauspicious beginnings to becoming one of the most-recognized bottle in the craft beer world, the Dead Guy Ale label has always been designed in-house. 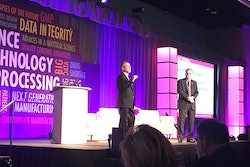 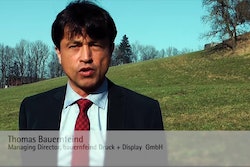 The new generation of printing technology 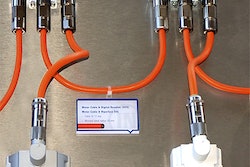