Why you should let Ben Franklin help design your next package

Ben Franklin advised that allowing someone to do you a favor makes them more favorably disposed toward you. Find out how CPGs are using this tactic with consumers.

Ben Franklin is better known as the guy on the $100 bill. It’s our highest denomination, our most valuable piece of paper, and this guy, born one of 17 children to poor parents, made his way to the pinnacle of our attention today, 200 years after his death. How? Simply put, Franklin was keen to social cues and practiced the social analytics of trial and error. Ultimately, he developed a secret weapon that many of us have either forgotten or are simply unaware of: unreciprocated favors.

In his autobiography, Franklin tells a story about how he dealt with a political opponent who was outspoken against him. In an attempt to realign this politician’s views, Franklin sent him a letter concerning a rare and interesting book that he overheard the politician say he owned, and asked to borrow it for a few days. The opponent sent it immediately, and Franklin returned the book a week later with a thank you note. The next time they met, the opponent spoke to Franklin directly for the first time with camaraderie and expressed a “readiness to serve [Franklin] on all occasions.” The two continued a friendship until his death.

Said Franklin, “He that has once done you a kindness will be more ready to do you another, than he whom you yourself have obliged.”

So, what does this mean? A person who has performed a favor for someone is more likely to do another than if they received a favor from that person. Basically, we subconsciously connect our help for the person with the fact that we must like them. The opposite also holds true: We start to hate a person to whom we have committed some wrong. We often humanize things, or dehumanize them, based on our own actions.

The Ben Franklin effect has been proven through many scientific research studies over the past 100 years. Social behavioral experiments to MRI scans all show that this is an incredibly powerful effect. So, why write about it here? And how can you leverage it?

Give more than you get

In 2012, Frito-Lay wanted to rejuvenate their 75-year-old Lay’s Potato Chips brand. The company created a Facebook campaign and app called, “Do us a Flavor,” and asked consumers to define the next chip flavor. After doing so, the app generated a bag image with the “new” flavor that consumers could share on their own social channels to get their friends involved. The results were mind-blowing: 3.8 million submissions and a 12% increase in sales. Frito-Lay has now grown the program and expanded it across multiple regions.

An authentic request to your target market needs to feel genuine. The request needs to be small, quickly completed, and in the interest of your audience. The quick engage-and-share of the Lay’s campaign offered the consumer a small reward for a quick investment of time. Creating an app and a campaign around this sort of idea is far from easy, but part of the idea behind your customers doing you a favor involves you giving more than you get.

Jones Soda has been engaging users online since the dawn of social media. They started in 2004 asking fans to upload photos to an online gallery. If the company likes your photo, they’ll print it on an upcoming label run. That online gallery currently houses roughly 1.3 million consumer images. That’s a lot of interaction. The campaign has been so successful that Jones expanded their offerings to include user-customized cases of soda with the consumer’s name and label design.

Many brands have devised less direct ways to ask their favors by designing sharable packaging and products. Examples of this include Twix’s double bar “sharing size” products and Walker’s Tear and Share Crisps (PepsiCo’s Lay’s brand in the U.K.). By making it more convenient to enjoy their products with a friend, these companies are specifically using their packaging to create brand ambassadors.

And in other cases, packaging can be used to ask the consumer to think differently and more sustainably about the product. Take GreenBox for instance. Instead of using the same common recycled-materials mantras, pizza delivered in GreenBox packaging comes with a request: Break the 100% recycled box into components and use them as plates for four and as a space-saving container for leftovers. By doing this favor, the consumer wins too. They save at cleanup, and they cut down the waste from plates and leftover containers.

In the end, it’s about engaging with people and asking them to contribute effort on your behalf. When considering something new, reach out to your customer base for their opinions; ask them for a small favor of help. Taking quick quizzes, completing surveys, and sharing their ideas on social media are easy ways to accomplish this goal. It makes them feel more invested in your brand, because they wouldn’t take the time to do you these favors unless they really liked you. Right, Ben?

Dr. R. Andrew Hurley is Assistant Professor of Packaging Science, Clemson University, and founder of Package InSight and The Packaging School. He can be reached at andrew@packageinsight.com. 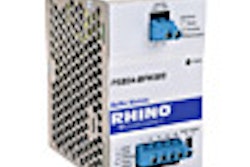 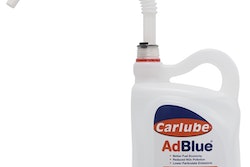 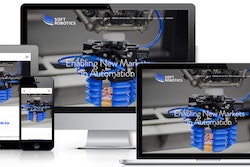