How to approach programming in robotic packaging applications is attracting a lot of attention these days. Here is an edited version of a recent white paper on the topic written by Detlef Stork, Technology Manager Motion at Lenze.

The increasing individualization of products is leading to smaller and smaller batch sizes in production. Production systems are therefore having to become more and more flexible. This is where robots are very useful, because they are not tied to rigid motion sequences. Their role in industrial manufacturing, for example in the packaging industry, is growing increasingly important. This creates special challenges for machine builders: complete robots, including their control system or individual kinematics, have to be integrated into the entire automation system – with all the problems that this entails, such as the greater amount of time needed for programming and/or interfaces.

No matter what kinds of kinematics are used, the aim is always to produce motion in a multi-dimensional space – whether it’s in the form of linear interrelationships in a gantry system or in a non-linear way, such as in a delta robot. Which concept is the right one for the automation task in hand depends on the application. Whether in packaging or materials handling, because of the many different possible uses of robots in manufacturing, machine builders need technology that can be adapted flexibly and easily for the different tasks.

It is still standard practice for machine builders to buy ready-made kinematics and completely program them themselves or to use complete proprietary robot solutions and integrate them into their machine systems. Where complete robots are used, it is important to integrate the robot control with consistently compatible software, communication methods, and engineering tools. Where free kinematics are used, however, complete programming is necessary. This is precisely the point where Lenze comes in with its expansion of the FAST Application Software Toolbox and sees the control and motion functions holistically. On the hardware side, the traditional motion control and robot control become fused together.

The new ready-made robotics solutions of Lenze FAST make it easy to integrate the kinematics into the overall automation system and its motion functions. The solutions include technology modules for pick-and-place motion functions as well as the corresponding coordinate transformation function for different kinematics based on PLCopen Part 4. The parameters of the technology module are used to set the motion functions such as material speeds and acceleration, radii, rounding, and the coordinate system. In the kinematics model, the mechanical variables such as arm lengths, distances between parallel struts, etc. are parameterized. This simple combination makes it possible to implement complete robotics applications easily and quickly. The application is referenced, traversed, and commissioned without any programming effort. Currently there are kinematics modules for gantry systems and belt kinematics as well as for articulated robots, Scara robots, and two-axis and three-axis delta robots. All the necessary elements for the task are already included in the technology module and the kinematics module. So it is now only necessary to consider what a motion task should look like and not how a robot is to be programmed. Another benefit is that, if another kinematics system is to be used, it is only necessary to carry out mechanical integration, replace the corresponding kinematics model, and set the necessary mechanical parameters.

With Lenze FAST module, robotics applications can be implemented by means of simple parameterization instead of programming a controller. Once the controller is also able to take control of the other axes of the machine system and the process, the programming of complex interfaces is no longer necessary. The engineering process becomes easier and consistent, and the time needed for training, programming, commissioning, and testing can be reduced considerably. The current addition to FAST, specially made for robotics applications based on the standard PLCopen Part 4, sees the inclusion of pick-and-place modules with different robot kinematics. Other machine applications will follow.

The concept also supports the modularization of machines. The complexity of the task is broken down into parts and consequently reduced. Thanks to the standardised technology modules, machine module solutions can easily be created and re-used. This means shorter engineering times for the production of machines. The re-usability and quality of software is improved and, in addition, the amount of time spent on testing can be reduced. The Application Template contained in Lenze FAST helps to implement the modularized tasks in the control system. The OMAC version of the Application Template makes it possible for builders of packaging machines to implement their applications in accordance with the PackML standard. Customized program components can integrated into the Application Template as easily as the technology modules can.

Ultimately, what is most important is that using standardized and re-usable modules gives the programmer the freedom to concentrate on developing and testing a machine's special functionalities – the functionalities that give machine builders a technological advantage, arouse the enthusiasm of the end user, and deliver the decisive incentives to buy their product. The FAST technology modules use the same standardized interfaces, can be easily combined in any number of ways, and can also be supplemented with the customer's own self-created components. Moreover, the technology functions can be scalably tailored to the requirements of the task at hand. 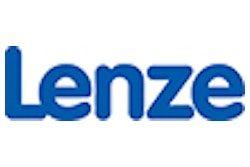 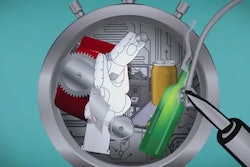 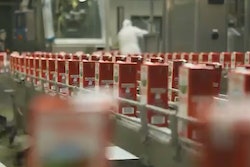 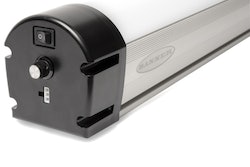