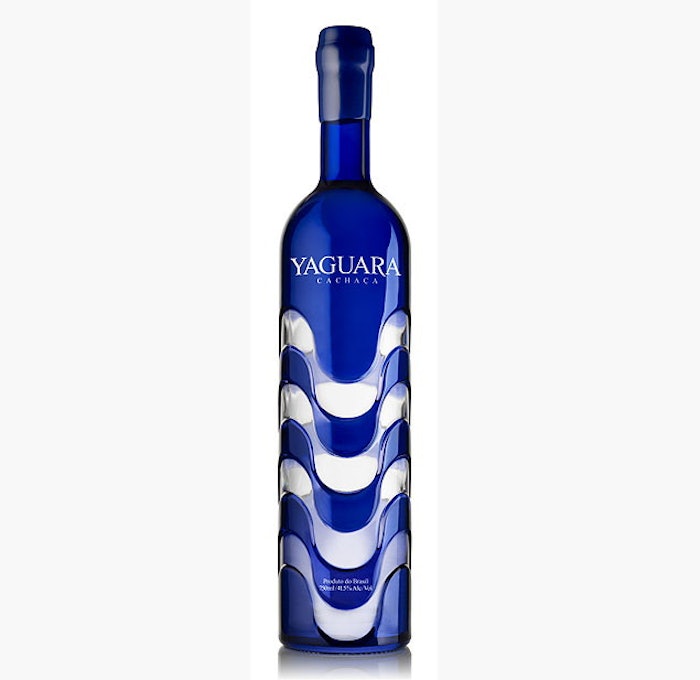 A striking new bottle for cachaça spirit maker Yaguara has debuted in Brazil resulting from a design partnership between U.K. artist Brian Clarke, the Owens-Illinois, Inc. Covet™ team, and Yaguara.

The new bottle creates a differentiated shelf presence to support Yaguara’s high-end positioning for its premium cachaça brand in the global market. Cachaça is a high-proof, cane-based spirit and the national spirit of Brazil. The bottle, which reflects Brian Clarke’s artistry, is made at O-I’s Soacha, Colombia, plant. Covet is O-I’s collection of luxury packaging products.

"O-I has been an integral partner in getting Cachaça Yaguara to market,” says Thyrso Camargo, co-founder of Yaguara. “Their commitment to breaking the boundaries in glass and bottle design has led to the fantastic product we have today. Consumers have responded very positively to the product at both the launch events in Fasano Rio, and Sao Paolo, Brazil.”

This is the first commercial collaboration for Clarke, one of the world's most famous stained glass artists. “This project has given me the chance to celebrate the artistry of glass with a global audience,” said Clarke. “The bottle's form is familiar, but its radical exterior hints at the elixir within, a promise of all that makes life enjoyable."

Notes O-I, more than 1 billion liters of cachaça were consumed in 2011, according to International Wine and Spirit Research (IWSR) 2012. This is more than twice the global consumption of gin and four times the consumption of tequila. Cachaça is forecast to be among the fastest-growing categories of all spirit categories according to IWSR, with the fastest growth happening in Western Europe, North America, and Asia. Just as tequila climbed from the national spirit of Mexico to the worldwide stage over the past 15 years, O-I says cachaça is poised to make its mark on the global scene.

“We’re seeing a continued trend in the growing preference for new world tastes in old world markets,” says Lima. “That means new opportunities for brands in both mature and emerging markets, and connecting with consumers in powerful ways is key. We developed Covet™ to help super premium brands make those connections through glass.”

Yaguara is currently available in Brazil and is one of the featured products in the holiday gift baskets of Emporio Santa Maria, Sao Paolo’s exclusive food emporium market. Yaguara intends to export this product to North America, Europe and Asia.