Purity: That’s the brand attribute most central to Crystal Head Vodka, an additive-free vodka manufactured by Globefill Inc., in Newfoundland and Labrador, Canada. To convey the brand’s premium quality and purity of ingredients, Crystal Head recently switched from an E-flute corrugated carton to one made of a heavyweight laminated paperboard structure provided by ASG (AGI-Shorewood Group) that eliminates flute lines and allows for special printing techniques.

Launched in 2007, Crystal Head Vodka was co-founded by actor Dan Aykroyd and artist John Alexander. The vodka is quadruple-distilled and is filtered seven times, with the final three filtrations done through 500 million-year-old crystals known as Herkimer diamonds. In addition to being additive-free, it is gluten-free, and Kosher-certified. Primary packaging for the product is a clear glass bottle in the shape of a human skull, designed by Alexander and supplied by Bruni Glass (www.bruniglass.com).

To reflect the care taken to craft the product and package, Crystal Head selected ASG to design a secondary carton that could convey its premium quality. Says Leon Hill, Account Executive, Global Projects Team, ASG, “The E-flute package did not communicate the brand message. It was a shipper, basically, and nothing else. They wanted to tell the story of the brand, and the new carton does that.”

The new box, for 750-mL and 1.75-L bottle sizes, uses a 30-caliper and a 32-caliper laminated paperboard structure, respectively. Notes Hill, “The specific substrates that we use are proprietary, but the end result is an extremely strong, rigid box that compares favorably with an E-flute package.”

The process for converting the laminated paperboard requires a different die-cutting technique, with specially machined knives, to ensure the press can handle the higher-caliper board. ASG prints the board at its plant in Toronto, Canada, using a high-definition flexo press, whereby the rollstock is converted to an embossed carton all in-line. “That cuts a couple of days off the lead time,” says Hill.

The carton is an automatic-bottom tuck-top box with slit locks and a front fold-in flap that results in a clean design and a neat edge. The primary attributes of the box are its “pure” white surface—a brighter white than possible with E-flute—and the ability to print graphics on a smooth surface, without interruption from flute lines.

One of the main features Crystal Head was looking for in a new carton was the ability to perform blind embossing on the package. On one edge of the box, a clear, blind-embossed image of the crystal head wraps around the corner, while an embossed photograph of the skull wraps around the other edge. At retail, the clear and colored skull images can be lined up to form a whole for a striking display.

“We made our first shipment of the package in November 2012, and the success has been fantastic,” says Hill. “For a launch of something this heavy, and to go to such a radically different package and get it right the first time is a great experience for everyone.” 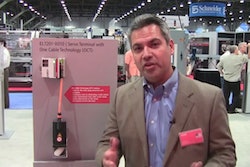 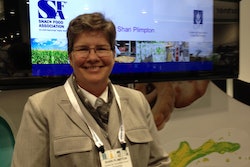 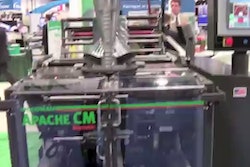