Catania Spagna Corp. (www.cantania.com) in Ayer, Mass. certainly did. “Management wanted more data on production rates, down times and the like,” says Dan Brackett, plant engineering manager for the vegetable, olive and blended-oils processor. “We were in a growth mode, in the process of installing two new lines.”

When the 2010 hunt for a SCADA system began, Brackett and Maintenance Supervisor Dennis Gulliver examined costs, implementation complexity, intuitiveness and flexibility of various automation vendors’ systems. “We looked for visuals that would show an accurate picture of what was on our six lines,” Gulliver recalls. Each line runs different oils, and each consists of a bottle feeder, filler, capper, labeler, case packer and palletizer. Average total production per shift equals 3,000 to 4,000 cases. Containers range from quarter-liter bottles to five-gallon containers. Catania also supplies bulk products in 55-gallon drums, 275-gallon totes and tanker trucks.

Catania placed the SCADA package on every line, where each machine has separate controls from different vendors. “Everything sits on a server. We use the new technology’s Web-browser function to access data entry for product, operator, when they started, etc.,” Brackett says. “We also have the software connected to almost every PLC [programmable logic controller] in the plant.” That’s necessary because 40 tanks store various cooking oils and supply production lines.

Implementation, which began in 2011, has been easy, Brackett says. “Overall, we’re more than half implemented,” Gulliver adds. “But we may never be done. We’re coming up with new things daily, finding things for continuous improvement. [And] we’ve had to expand out warehouse space because of [better] efficiencies.”

Both men note how Catania’s management has embraced the new technologies’ benefits. “They’re asking us to modify what the new systems are giving, to get more data,” Brackett says. He forecasts wireless SCADA applications with the new technologies in Catania’s future. He also notes the SCADA system now presents important metrics that have even fostered more competitiveness among production lines’ staffs.

Visually accessing the factory floor quickly and securely fosters satisfaction for him and Gulliver. “I can sit in my office and see a piece of equipment—or I could turn on/off that piece of equipment,” Brackett says. “We also can update the screens. I can disable anything I don’t want manipulated [by someone else],” Gulliver adds.

Desrosiers notes that Catania is also pleased because it has yet to find an interface with a piece of equipment with which the SCADA system can’t communicate.

Scrapyard reduces loss
Like Catania, a metals producer/scrapyard also needs high-fidelity real-time data. One company official, who requested his name and his company’s name be withheld, says that at his plant “day-to-day metals production tracking was done through spreadsheets. But in 2011, we decided to spend less time recording information by hand, and implement a system that helped us automatically track production.”

The installed solution involved more than just tracking processes, however. “We added requirements for advanced data visualization and analysis, which was too complex with our spreadsheet-based system,” the official recalls. After sending inquiries to various major vendors, the company performed side-by-side technology comparisons with actual software-demonstration versions. Tests evaluated connectivity options, particularly integration with existing systems.

OEE adds value
The company chose plant-management systems using the Ignition HMI/SCADA package from Sacramento, Calif.-based Inductive Automation (www.inductiveautomation.com). “The OEE [overall equipment effectiveness] and SPC [statistical process control] offerings [which are modules for the main technology] made a lot of sense for our processes,” the official says. “Implementation of OEE and SPC—and redevelopment of our HMIs—allowed us to take advantage of a process historian, directly display data sheets for plant-floor equipment, and tie together information from separate databases.”

Routing all this to a Microsoft Structured Query Language (SQL) Server database, the company then connects it to other internal systems. The server-based software communicates over OPC-UA—Object Linking and Embedding (OLE) for Process Control – Unified Architecture—for plant- floor devices, and Java Database Connectivity (JDBC) to databases.

“All communications are over TCP/IP (Transmission Control Protocol/Internet Protocol) over our plant-floor Ethernet and corporate network,” the official explains. “Communications to clients is over HTTP [Hypertext Transfer Protocol], making client connections simple through any intermediary firewalls and networking equipment.”

Implementation took three months. After devices and databases were connected, the gathered validated-upon-entering SCADA information allowed analyses across all business sections. “When you have the data from your organization at your fingertips, it’s easy to create hundreds of different types of reports,” the official says. “What’s hard is to narrow it down to the 10 that will really help your business.”

>> ALL ABOARD: Click here to read how embedded historian and cell phone data transfers enable SCADA for train-rail grinding.

But management did narrow it down and, with the new volume of credible data, things changed. For example, they hired process engineers. “That was a bit of a challenge before for a scrapyard. But now we can attract a greater skill set,” the official explains. “We have the tools for analysis and quality meetings. We can say: ‘This is how much we ran; this is what we produced; this is the quality of our product.’ We can ask: ‘Do we see issues? Was it from the speed, moisture content, quality of materials, or how this piece of machinery was working?’”

Benefits accrued, too. “In connecting to other data sources, we brought a lot of production-line information directly to operators and maintenance technicians,” the official explains. Efficiencies improved because the new SCADA package gives more time for data analysis, he adds.

Reduced process downtime also represents a significant benefit, he stresses. Seeing hidden downtime was new, however. “The number one cause of downtime occurs when we have to change magnets that pull metal,” the official states. The operator switches one in two minutes, he adds, “We used to stop the process. However, because the operator’s doing that 30 times daily, it’s an hour of lost production.” Prior to the new SCADA technology, the forklift operator on the yard was the only person who knew about that lost production.

Bottomline benefits are also accruing, according to the official. The company reduced metal loss by 2 percent and also increased process availability by 3 percent.

Three main PGT plant areas include glass washing, trimming and auxiliary operations. Four high-speed glasscutters trim large sheets of purchased glass to specifications. Then, to temper it, the glass gets heated in one of two furnaces. Next comes final production. There, two sheets of glass get sandwiched together, with a vinyl layer between.

In 2009, PGT began its search to see if, in its 12 mostly dissimilar production lines, machinery operated at its physical capacity. A homegrown SCADA system or communication to/from machines already existed, “but the complex part was defining all downtime issues, among other things,” McArthur recalls. So the company purchased Iconics’ Genesis 32, Genesis 32 WebHMI, PA and BIZVIZ technologies, among others. Upgrades have occurred since.

PGT uses different communications software, all OPC format. “Ten or 20 processors fit into our plant’s three main areas,” McArthur says. Through an SQL database, operators communicate with the glasscutter. “We bring that up to our server and use Iconics PA,” he explains.

“Through Internet Explorer, we’re giving operators on the floor a view of their system. The operators can now see the OEE and reasons for downtime,” McArthur says. Most assets will have a 42-inch monitor. Assets are counted as the number of machines joined through a processor or server; for example, a glasscutter plus three or four associated machines comprise one asset. PRT added five more production assets in 2012 to the SCADA system, he says.

The residential-glass manufacturer also boosted production. “We found a lot of cases in which we didn’t have a lot of feeder production data in front of our operators. That resulted in idle time,” McArthur explains.” And that led to problems. “Before, we had daily meetings about why rates were not met. Typically, that was because of maintenance.”

Overall, production rate problems were OEE-related. By analyzing its newly found data, PGT cut shift-start meetings to 15 minutes, for example. “Now, just about everybody, from machine operators to executives, understands OEE and what it is doing—and what is the design for the capacity of an asset,” McArthur says.

The glass-manufacturer also now records something new: data for trending.  “For example, if a furnace begins to get a bit out of control, we can go back and find when that happened,” McArthur says. Before, however, everyone made educated guesses.

PGT didn’t guess, though, when, through the new SCADA, it found a way to recover from business downturn. “Our cutter was normally staffed with three people, but there were only two in December 2012. We started a third person in January,” McArthur says. “Through OEE, we discovered that by having the additional person, we’ll get another 10 percent out of our OEE. So, without having to purchase another machine, that’ll give us another cutter per week.” That is not savings, he emphasizes. “It’s the capacity you gain without making a capital expense.”

That gain represents the answer PGT sought in its search to answer its equipment capacity question: “We very were surprised—we found a hidden plant,” McArthur says. That discovery saved an estimated $10 million expansion of 8,000 square feet into a new building, he explains. “We’re now producing twice as much with same number of machines.” That changed decision-making. “Instead of a sales rate of $1X, we were going to be at $2X before we decided to build a new plant,” he says, adding current sales are approximately $4 million per week.

For PGT and others, SCADA systems enable production analyses that can deliver show a quick payback. “The money we have saved in equipment damage and maintenance paid for the new SCADA system within six months,” McArthur states.

Such SCADA system success is being discovered every day. 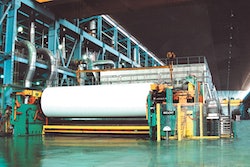 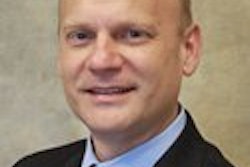 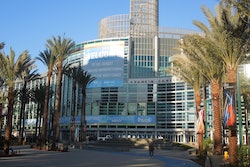