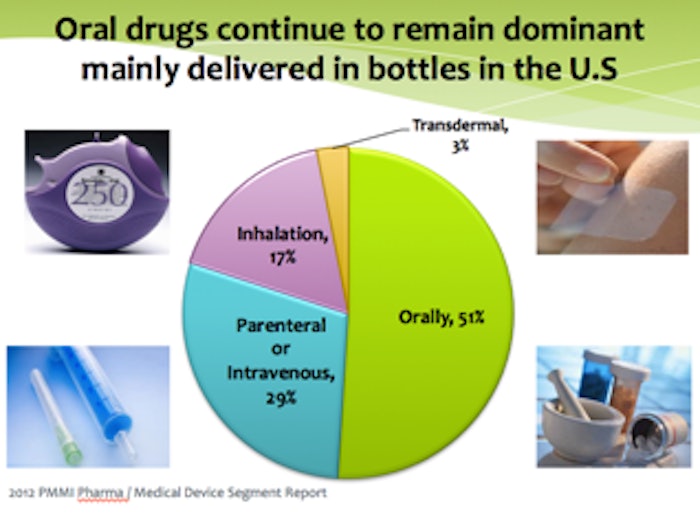 Overall, the findings cover major trends and issues regarding the packaging and operations of pharmaceutical and medical device products. These include anti-counterfeiting, sustainability, serialization, as well as aspects of equipment procurement, validation and modularity.

Topics also covered in the presentation, and research, include major trends that have shaped the industry in the last five years. These include expiring patents; innovative drug delivery methods; rising drug counterfeits; the offshoring and globalization of manufacturing; increasing spending in worldwide (emerging) markets; the growing, global influence of the U.S. Food and Drug Administration; and advances in automated, integrated, smart machinery.
In related news, PMMI research on equipment found that shipments of U.S. packaging machinery grew 19% in 2011, reaching US$7.7 billion, according to PMMI's 2012 Shipments Study. PMMI's annual research also shows total consumption in the U.S. climbing by 23% to $8.8 billion. This was reported in an October story at Packaging World.