Servos serve up speed and flexibility

Baker of ladyfingers relies on servos, vertical accumulation buffer, and multipacker redundancy to run 180 12-count primary packs/min into a variety of secondary packs.

Pat Reynolds
This 48-count multipack is one of many finished formats that Bonomi is able to make on its fast, flexible line.

Tucked away in the hills above Verona, Italy, is a family-owned commercial bakery called Forno Bonomi that dates back to 1850. Ladyfingers, the egg-based sweet biscuits that are the foundation of that ever-so-popular desert known as Tiramisu, are one of Bonomi’s specialties. And while the ingredients used to produce these delicacies today haven’t changed a whole lot since the 1850s, the high-speed packaging systems recently installed by Renato Bonomi and his two brothers could hardly have been imagined by their 19th century ancestors.

Essentially the line, supplied as a turnkey operation by Cavanna, consists of five high-speed flow wrappers, two for primary packs and three for bundling primary packs into secondary packages. According to Renato Bonomi, quality and familiarity were key drivers behind the firm’s choice of packaging equipment suppliers. “Our company has worked with Cavanna since 1985,” he points out. “They understand our needs. And besides, like us, they are a family-owned business.”

From cooler to conveyor channels to primary packaging flow wrappers to vertical accumulation buffer to secondary flow-wrapping, the line is described by Bonomi and Cavanna as the world’s fastest for ladyfingers. It was designed so that the primary packages of 12 ladyfingers in clear film would always be the same yet the secondary flow wrap would allow maximum flexibility in terms of whose brand is being packed and how many primary packs of 12 are being flow wrapped.

Biscuits advance forward until they are dropped onto transportation conveyors that take them off at a right angle—in two parallel groupings of 12—all the way to the two identical Cavanna Model Zero 5 primary packaging flow wrappers. Ahead of each wrapper is a servo-driven Cavanna 90-degree transfer device that uses a large paddle to pull biscuits from the transportation conveyor onto the flighted infeed belt leading into the Zero5 flow wrapper.

Servos are the key
This 90-degree transfer device uses servo technology to ensure speed and gentle handling. The speed is about 90 strokes/min, and with each stroke 24 ladyfingers make the transition onto a flow wrapper’s infeed belt. Bonomi specified Schneider servo technology on this 90-degree transfer belt because it requires minimal space for electrical cabinetry. Also, the CPU is very powerful, which means more servo motors can be integrated and driven by one CPU, thus keeping machine footprint and cost to a minimum.

Exiting the primary packaging flowrappers, the 12-count packs of ladyfingers merge onto a single conveyor that takes them through a U-shaped turn leading to a vertical accumulation buffer, also from Cavanna, that operates on a last-in first-out basis. In theory the vertical accumulation buffer could have been placed ahead of the primary packaging flow wrappers. But Bonomi figured that once the product is wrapped, the chance of the delicate little biscuits getting stale or dried out is eliminated. Better to accumulate the ladyfingers in a buffer after they have been encased in film.

If the secondary packaging flow wrappers downstream are humming, the vertical accumulation buffer is bypassed. But if there is any downstream stoppage—caused by machine jams or by packaging material changeover—the control system detects this condition and causes the primary packages of ladyfingers to be diverted into the vertical accumulation buffer system twelve packs at a time. The multipack wrappers have a nominal speed and a recovery speed. When it’s time to draw primary packs out of the buffer, the multipack wrappers go into recovery speed, which means they ask for more product than what the oven is delivering.  This lets them handle the output from the oven as well as the output  of the vertical buffer until the vertical buffer is empty. At that point, the multipack wrappers revert to nominal speed.

Multipacker redundancy
Three multipack flowpackers are in place so that one can always be in standby mode. The line is designed this way for two reasons. First, if one of the two multipackers in operation needs to be stopped for a significant amount of time, Bonomi can divert the flow of primary packs to the third wrapper and continue uninterrupted. Second, if there is a changeover to a new secondary packaging material—keep in mind that Bonomi packs not only its own brand but private-label brands as well—one machine can be readied for the new brand while the other two continue to operate. Here again, the upstream vertical accumulation buffer comes in handy.

Conveyors No. 3 and 4 are especially interesting. It’s their job to make sure the leading edge of each primary pack is always aligned 90 deg relative to the center line of the infeed conveyors themselves. And how do they accomplish this? With the help of two photocells that detect the alignment of each primary package and send that information over an Ethernet connection to the Schneider controller. The controller responds with outputs instructing the servo motors in the conveyors to adjust their speed if need be to get the primary packs oriented appropriately. Without this Ethernet-enabled, closed-loop communication, the primary packs would enter their buckets misaligned and cause jams.

One more note on the racetrack bucket-infeed system that sits ahead of each multipack flow wrapper. It’s designed with two sets of change parts that are shown in photos X and Y. On the day we visited the Bonomi plant, the tooling shown in Photo X was in use. It receives in each bucket slot a single primary pack from the infeed conveyor. It then uprights the packs before advancing them to a sweep mechanism that sweeps, in this case, four primary packs into the infeed of the multipack flow wrapper.
Some customers, however, don’t want the ladyfingers aligned in this fashion. They prefer to stack two or three primary packs flat on top of each other and send them through the multipack flow wrapper in that orientation. For this task Bonomi changes the racetrack bucket-infeed tooling to what is shown in Photo Y. This tooling doesn’t upend the primary packs but rather sends them to the sweep mechanism in a stack that’s two or three packs high.

The multipack flow wrappers feature automatic splicing and are significant primarily for their speed. Using box-motion tooling, where the jaws close on opposite sides of the film and stroke forward before stroking back for another cycle, these wrappers run at speeds to 150/min. Mounted on each of them is a pressure-sensitive label applicator from Etipack that is used when a private-label customer opts for clear secondary packaging film and relies on the label for graphics and package information instead. Also on each multipack flow wrapper is a Markem Imaje SmartDate 5 thermal-transfer coder that puts date code information on each multipack.

Exiting the multipackers, all packs enter a discharge conveyor that leads to an overhead transfer to case packing and palletizing, which takes place on another floor.

When asked if there were any surprises as this impressive installation was commissioned, Renato Bonomi says not really. “The Cavanna line that was replaced by this one was in some ways similar. But now we pack a lot more product with the same four operators.” 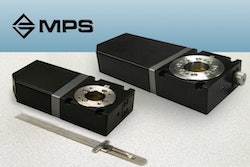 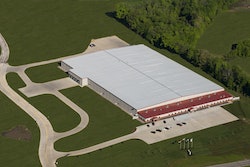 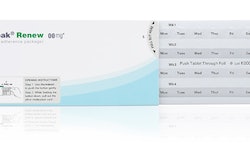