The one drawback to vacuum packaging that has kept it primarily on the sidelines in the U.S. is that it deprives fresh red meat of oxygen and consequently causes the meat to darken to almost a purple color. U.S. consumers have shown repeatedly that they want fresh red meat to be red, not purple.

But now Curwood has come up with a solution called FreshCase packaging. It won a Gold Award for Environmental & Sustainability Achievement in the 2012 FPA Awards. Introduced in 2011, it’s now in use by several meat processors for both whole-muscle and ground beef in formats that include

Sodium nitrite, says Curwood’s Bill Goerich, is Generally Recognized as Safe (GRAS) by the Food and Drug Administration. But to commercialize the FreshCase concept, Curwood had to petition the FDA and the U.S. Department of Agriculture. FDA responded with a GRAS Notice No GRN 000228, which allows use of the FreshCase packaging.

In addition to the benefits of FreshCase packaging already listed above, Curwood claims a few more advantages this format has when compared to wrapped foam trays in an MAP masterbag: 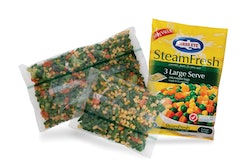 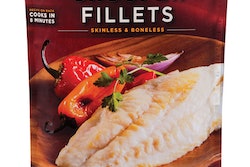