Conagra pops up a winner

When brand managers and packaging engineers at Conagra saw an opportunity to delight the consumer and differentiate their microwave popcorn brand, they didn’t hesitate.

What do you get when you combine a special dry-bond adhesive, in-line laser scoring, clever problem-solving in the transport of large rolls of laminated material, and custom modification of a horizontal form/fill/seal machine so that it produces a unique venting feature in the finished package? At Omaha-based ConAgra Foods, you get an Orville Redenbacher’s Pop Up Bowl that is a significant improvement over the traditional paper microwave popcorn package. No wonder the package won the Highest Achievement Award in the 2012 FPA Awards competition.

The goal behind this packaging development was to come up with a package that would turn into a wide-mouth bowl as popping occurred. This eliminates the need to pour popcorn into a separate bowl. It also provides new usage occasions because consumers can now take the package on the go without worrying about what to do with their bowl when the popcorn is gone.

The Redenbacher brand has been a leader in the microwave popcorn category for years. For most of that time, ConAgra’s in-house converting operation in its Maple Grove, MN, facility has been the source of the microwave popcorn bag material. But to produce this new material—a unique combination of paper, polyester, susceptor patch, tear tape, and new adhesives all combined in an extraordinarily creative design—in the same plant on existing laminating equipment took some doing.

First, all adhesives had to be water-based because the plant didn’t have—and had no interest in applying for—the regulatory approval to handle the volatile organic compounds inherent in solvent-based adhesives. A dry-bond adhesive system from Henkel (www.henkelna.com) was crucial in overcoming the unique lamination challenges involved in getting the microwave susceptor patch into the complex lamination.

Second, the bag’s opening feature—a tear-away polyester film lid—is what allows the package to transform into a stable wide-mouth bowl after opening. To provide consistent removal of the film lid by the consumer, ConAgra used in-line laser scoring of the 90-ga polyester film. This reduces its tensile strength in precisely the desired locations and facilitates opening. In addition, a polyester-based pressure-sensitive tear tape was laid over the top of the laser score to provide consistent tracking of the tear, prevent zippering of the tear, and eliminate loose film edges after opening.

Third, consistent and safe venting of steam during microwave cooking was critical to the functionality of the package and to consumer safety. A unique and patent-pending system was created that involves punching a vent feature in the laminated structure during the package-forming process on the PSA horizontal form/fill/seal system. Adhesive around the venting feature is then sealed to prevent leaking of oil during transport until the package is used in the microwave oven. During cooking, pressure builds up and the adhesive seal releases to vent steam safely.

Two-up production
According to ConAgra’s David France, senior principal packaging engineer in Packaging Research, Quality, and Innovation, the converting process is a two-up process. “We make the rollstock for two packages of material side by side and then slit it at the end for rewind,” says France.

The laminating process begins with 90-ga polyester going through a two-side corona treatment that allows good bonds to develop between the polyester and the inks and adhesives that need to be applied. Next is in-line laser scoring of the polyester on a Preco system to achieve the easy-opening feature described above. A flexo print station follows, where the dry-bond adhesive is applied in register for subsequent placement of the four susceptor patches—two for each package. Infrared drying dries the adhesive until it’s just tacky enough for the susceptor patches to bond firmly. Vacumet provides the metallized susceptor patch material in the form of continuous strips, and the ConAgra system cuts individual patches from these strips.

Now the four polyester-based, pressure-sensitive tear tapes mentioned above are applied. These come from Payne. “They help give the consumer a nice, even removal of that polyester lid,” says France. “The polyester has a tendency to want to zipper, and its central tear resistance is not really great, so it doesn’t quite follow the laser score lines as evenly as we’d like if we don’t apply these tear tapes.”

In the next station the sidewall paper, supplied by Thilmany (www.thilmany.com), is laminated into the structure from four individual unwinds; again, a water-based adhesive from Henkel is used.

A central impression printing system with five stations—four flexo stations for inks and one gravure for the adhesive that will later make it possible to form the package on the package-making/filling system—comes next. Infrared and hot air drying follows. Finally, a gravure station prints adhesive that later permits the final seal operation on the filled bag. All that remains is final drying, a chill roller, and rewind of the finished lamination.

The transport challenge
After slitting, a single roll is about 193⁄4 inches wide and 24 inches in diameter, and it weighs about 140 lb. “Transporting these rolls was challenging,” notes France, “because they have sort of baggy soft edges and hard gauge-banded areas in the center. [“Gauge band” is an abrupt increase in film thickness in a small area in the transverse direction; it’s visible as a hump around the circumference of the slit roll.] We discovered they don’t stack as well as the normal solid roll of paper. So we came up with reusable plastic totes, four rolls per tote.” Keeping track of and maintaining the totes is simplified by the fact that they never leave ConAgra’s possession as they move from a ConAgra converting plant to a ConAgra packaging plant.

The PSA horizontal form/fill/seal machine into which the rolls are fed for pouch forming and filling had to be modified almost as extensively as ConAgra’s converting operation. “Almost every operation in the tube forming, sealing, and filling process had to be modified to deal with this package because the material is flimsier in some areas than a traditional paper popcorn bag,” says France. “The polyester sections have memory, whereas the paper bag will take a crease and hold the crease. That created challenges in the handling process where we bring the material together for the lap seal.

Also, because of the unique adhesives, we had to take special care in the stations of the machine where we open the bag and present it to the filling apparatus.”

But with help from PSA, the modifications were made with no sacrifice in production speeds, a number France prefers not to identify. An intermittent-motion machine, the PSA equipment forms rollstock into a gusetted tube and then makes a cross seal. A rotary knife cuts the lead package from the continuous tube and reorients it 90 degrees so that one end can be opened up for volumetric depositing of corn, as well as other ingredients such as oil.

March 2011 debut
France says the new package hit store shelves in March of 2011 and has replaced the old package format for some SKUs. “We are reevaluating whether to make it standard for the entire Orville Redenbacher line,” he adds.

While the old bag was basically two pieces of paper, a microwave susceptor patch, a couple of adhesives, and three inks, the new bag is considerably more complex: polyester, two paper sidewall strips, two strips of polyester-based tear tape, the susceptor material, three different adhesives, and four different inks. France admits that it currently comes with a slight upcharge compared to the bag it is replacing, but he points out that the paper bag has been cost-reduced over the past 25 years or so. He expects some of that cost reduction to happen with this still very new structure, which was designed in-house by France and ConAgra colleague Charlie Gorman.

“We knew that the popcorn package market had been stuck in this traditional package for a long time,” says France. “And every time we talked to a large number of consumers, we knew that the utility of the old package wasn’t what it should be. So when we heard time and again in focus groups that this pop up bowl concept, if we could pull it off, would take over the market for microwave popcorn, we pursued it. It’s part of our belief in always trying to find ways to add improved benefits for the consumer and to differentiate the brand.”

As for the package’s technical merits, they’re best summed up in ConAgra’s FPA Awards submission form:
“This is by far the most complex lamination ever produced for high-volume microwave popcorn packages. The use of in-line laser scoring of monolayer polyester, combined with tear tape, is unique to this popcorn package and new to our production facility. Also new to our facility is the use of dry-bond adhesive for bonding of the susceptor patch to the structure. The form/fill/seal adhesive was custom developed for this application, as was the adhesive system for the tear tape. The opening and venting features are part of the patent-pending design that provides the consumer with a clean, convenient, wide-mouth bowl after opening.” 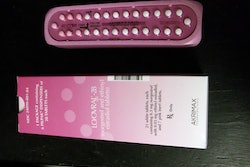 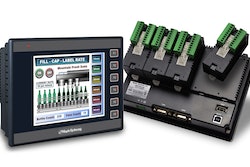 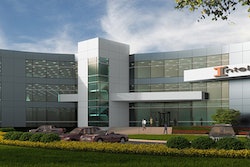