While its current folding carton and inner bag are helping No Pudge! Foods boost product sales, the brownie mix producer had to overcome some challenging materials obstacles with its previous paper/plastic bag. No Pudge!’s woes began sometime after its first bag supplier was purchased by a larger company. Company founder and president Lindsay Frucci explains, “We weren’t giving them a great level of business because we were a start-up operation. I don’t know how it would have been if our orders would have increased, but we had a major problem with lead times. It sometimes took as long as five months to get materials. That’s horrible when you’re a small, growing company. So we switched to another company, and that was a disaster.” The second supplier, she says, provided bags that exhibited such bad leaking problems “that it got to the point where bags coming off the [contract packager’s] line were like salt and pepper shakers. If you shook them, the mix just poured out of the bottom.” Frucci says that supplier sent her a letter admitting that it was their fault, attributing the problem to an error when sealing the bag bottoms that created a “tunnel” from which the mix could escape. “We had to recall product, and we lost thousands of dollars,” Frucci recalls. “We were without packaging materials for six weeks, and we almost lost our biggest customer.” She says that vendor could have fixed the problem, but it would have taken eight weeks for them to supply new bags. For No Pudge!, that was unacceptable. In the process, No Pudge! lost potential sales, and the confidence of its customers and distributors. No Pudge! then returned to the company that had purchased its initial bag supplier. “At first things went well,” Frucci recalls, “but the bag quality just plummeted after a short period of time. We had bags that were sealed together, or bags where the bottom had a glued-on piece of paper with our UPC code on it. Other bags had sealing problems that we didn’t know about until after the bags were filled. You’d pick up a bag and product would leak out of the bottom.” Some bags posed a problem when they were heat sealed. Just before sealing, a machine would create a small fold near the top of the filled bag. That meant that a small amount of print on the bag would go through the heat sealer. Occasionally, the heat would cause the ink to smear across the top of the bag. Overall, she says, “We lost a ton of time on the [contract packager’s] filling line because they kept having to start and stop it. We tried to track the lost time, but it got to the point where that became almost impossible.” Since switching from bags to the carton and inner bag, No Pudge! Foods has eliminated those problems. Plus Frucci’s enthusiasm for the current materials more than offsets her frustration with the previous bag.

See the story that goes with this sidebar: New pack helps No Pudge! Foods fatten sales 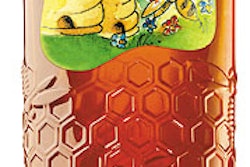 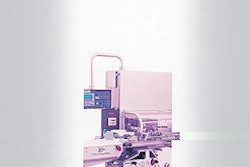 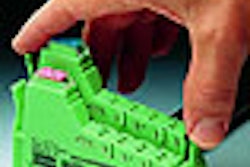