Mobile phone technology allows users in third-world countries to determine if a packaged product is genuine or counterfeit. 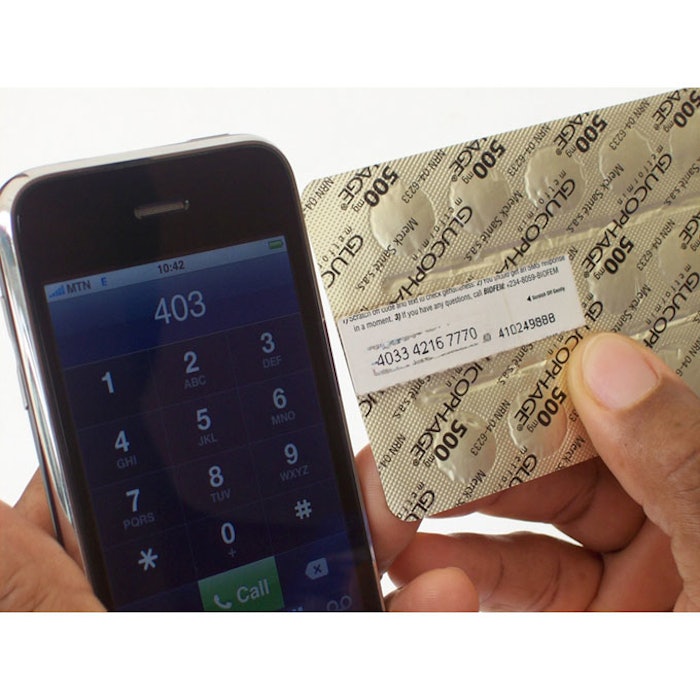 Sproxil_phone_with_tag
Sproxil, Inc.’s Mobile Product AuthenticationTM (MPA) enables consumers to text-message an item-unique code for a rapid response that confirms a brand’s genuineness. In Nigeria, for example, consumers purchase medications with a scratch card attached to the package. They then scratch and text the unique numbers on the scratch card to a short code to instantly receive an SMS reply confirming the genuineness or fakeness of the product. To date, the company has coded more than 800,000 packages of Glucophage, a product used to treat diabetes.