Do the "eyes" have it when it comes to how shoppers vote on the effectiveness of packaging design?

Drivers aside, the concept behind eye-tracking hasn't changed: the movement of the eyes is recorded and plotted, after which interpretations are made. A participant is shown packaging and the hope is that her eyes will be the window into her soul, or at least that part that relates to her internal responses to the packaging. In essence, eye-tracking measures a physical reaction, which is given psychological significance. But the expanse between the two realms (physical and psychological) can only be bridged by inference, and therein lie the challenges.

Eye-tracking can indicate where the eyes are directed, how long they fixate, and in what sequence they move; however, that doesn't necessarily translate into revelations about exactly what the packaging is communicating.

In the history of retailing, no shopper ever has picked from the shelf an invisible package. In fulfilling its communication function, the package first must be seen among the competition. It must demonstrate shelf-impact, a tall task made taller by the scant seconds that the shopper devotes to scanning the aisle. Can eye-tracking indicate the degree to which a package is an attention-grabber?

To maximize that prospect, the test should simulate the shopping experience as closely as feasible. That's not easy, given that traditionally, a participant is shown an image on a screen. Furthermore, the testing itself imposes artificiality and awareness by the participant that conditions are not those normally encountered.

Other variables also can influence the results. Shelf-location is one, especially in these times wherein major retailers are granting prime location (at eye-level, for example) to their private brands and relegating the national brands to less advantageous locations.

Another variable is contrast. A package can stand out if there is sameness among the surrounding packaging (something to think about with so many packages sporting green to communicate sustainability).

Yet another variable is whether the package is to be sold from a palletized display, a la Sam's Club and Costco. If so, testing also should be directed to that format.

Getting back to the link between eye-tracking and attention-grabbing, the former reveals where the eyes eventually narrow, not what initially drew attention. While strolling, shoppers might see a package first from a distance and from an angle, and the attention might be arrested by color, shape, or size—elements difficult to track.  Eye-tracking lends itself more to up close and frontal.

And even there, big surprises should not be expected and their presence would indicate a poorly thought-out design. That's because a competent designer knows how to arrange elements for conspicuity. If, for example, the brand name/logo is what's suppose to initially draw attention, the designer knows how to accomplish that through size and style of font, color, and placement. Therefore, if eye-tracking reveals that the name/logo receives initial focus, it's expected confirmation.

More valuable would be knowledge about what's going on behind the eyes, in the brain, the thoughts, attitudes, opinions, associations, and beliefs that influence the purchase decision. Alas, eye-tracking does not provide those insights—not directly. Yes, visibility is a necessity; however, any inference as to its psychological impact should be made with due caution.

The way they stare is not a stairway

Eye-tracking records the time that the eyes remain fixed on individual elements of the design. The relevance, however, is contextual. It can be a good thing, for example, if a well-established brand name/logo receives short fixation time, if that fact reflects the shopper's familiarity with the offering (although familiarity is not synonymous with loyalty). On the other hand, the same brand-owner launching a line extension might have reason to be encouraged if there's fixation on the extension designation. That is to say, if the shopper instantly recognizes the brand and sees fit to focus on the newness. At the opposite extreme, a new brand could do well to receive any mentionable fixation.

Here too with fixation, the psychological aspect is missing; therefore, whatever the time that the eyes dwell, it's no portal into the participant's thoughts. Fixation can denote agreement or disagreement, approval or disapproval. For that matter, it can denote confusion. Fixation can mean that the object needs to be fixed, as in changed, or fixed, as in made permanent. Within such an array of possibilities, assumptions, while convenient, can be costly.

Eye-tracking, true to its name, records the path that the vision travels. The results are of practical value, in that although design elements combine for a total effect, they are not of equal importance. Not only is it of concern that the eyes canvas in the desired sequence but also that an important design element is not passed over entirely. As with the issue of attention-grabbing, a competent designer knows how to sequentially direct the eyes. Eye-tracking might suggest the need for modifications, but if it's to the level of an overhaul, the wrong designer was hired, in the first place—either that or the design brief was ill-conceived.

With sequencing, once again no direct leap can be made into what's occurring at the psychological level. Even if the eyes go the desired route, the mental and emotional fallout might be positive, negative, neutral, or any combination thereof. And what's to be made of backtracking, when the eyes dart back and forth? Maybe it signals indecision, maybe not. Furthermore, as the eyes go their journey, stops along the way can have different fixation times that show no discernable pattern.

Remember, it's important to see eye-tracking for what it is—a tool with limitations, but still a tool that can be valuable when used in combination with other research tools that address the psychological side. The key is to put together a research protocol that combines the right tools, one that's effective and reliable and is built on much thought and analysis. This can help a CPG company to proceed with eyes wide open.

Sterling Anthony is a consultant, specializing in the strategic use of marketing, logistics, and packaging. His contact information is: 100 Renaissance Center-176, Detroit, MI 48243; 313-531-1875 office; 313-531-1972 fax; sterlinganthony1@sbcglobal.net
Related Stories 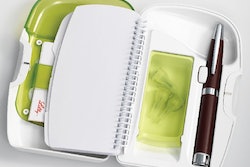 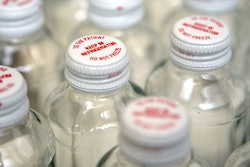