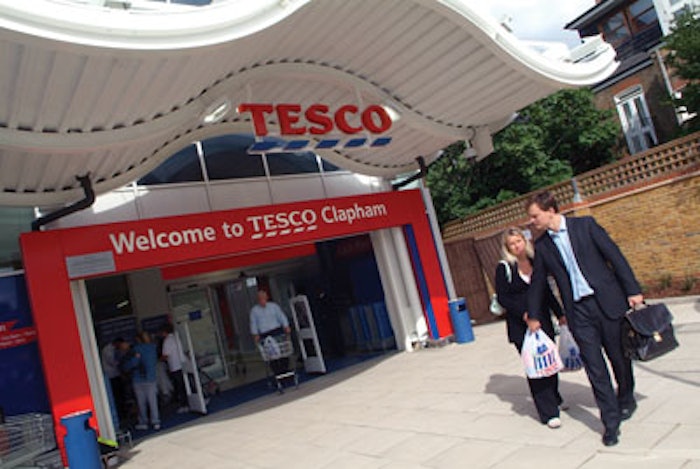 U.K. retailer Tesco has announced that it is diverting 100% of the waste produced by its entire U.K. business away from landfills. The company says that as a result of a massive logistical exercise in reducing, reusing, and recycling, as well as seeking out the best providers of waste management services, it has achieved its target of 100% diversion almost a year ahead of its target.

Tesco notes that because methane gas from landfill sites is significantly more damaging to the environment than carbon emissions, three years ago the company committed to finding ways to divert all of its waste from landfills by 2010. In early August, its entire group of 2,315 U.K. stores, as well as its distribution centers and offices, achieved that goal. There are no official targets for commercial businesses, although the U.K. government has told local authorities to reduce by 45% the waste they send to landfills by 2020 compared with 2000 volumes.

Says Tesco executive director Lucy Neville-Rolfe, “Climate change is the biggest challenge facing us today, and businesses such as Tesco have a responsibility to provide leadership. Tesco understands the value of developing new technology, which is why we helped launch the Sustainable Consumption Institute with a grant of £25 million [$41 million] last year. As well as research and development, improving our own operations and helping customers to make easy, green choices are the best way to combat climate change.”

New technologies, including innovative ways of turning waste into materials such as fuel and fertilizer, have enabled Tesco to achieve its diversion target early with support from its waste services partner, Severnside Recycling . Technology now enables waste to be managed with increased sophistication, Tesco says. The maximum amount of recyclable materials is recovered from the waste, reducing the carbon footprint of future product life cycles. The alternative energy that waste can produce may allow the U.K. to depend less on fossil fuels in the future. Examples of how Tesco waste is treated include:

• Reusing waste meat to generate fuel at PDM Group’s biomass-to-energy plants that goes back into the national grid as electricity. At present, 5,000 metric tons (5,511 tons) of waste meat generate approximately 2,500 megawatt hours of renewable electricity annually—enough to power more than 600 homes for a year.
• Turning recycled carrier bags into refuse bags
• Recycling used cardboard boxes to make new ones, which are returned to the store with new products within 14 days.
• Waste from the southeast of England is transformed into Solid Recovered Fuel (SRF) by Shanks U.K. greenerpackage.com/node/1514

Over 50% of CPGs to increase Cobot Spending

As the beverage giant takes aim at climate, water, recycling, and other initiatives, it's relying more than ever on a science-based approach. Data is all you really have to tell your story, says Coca-Cola's Cloeann Durham.
Aaron Hand
Jun 18th, 2022
More in Home