Economic adulteration for a new era

Call me a regulatory geek if you must, but I enjoy mulling the different varieties of adulteration. Today we mull two in particular. 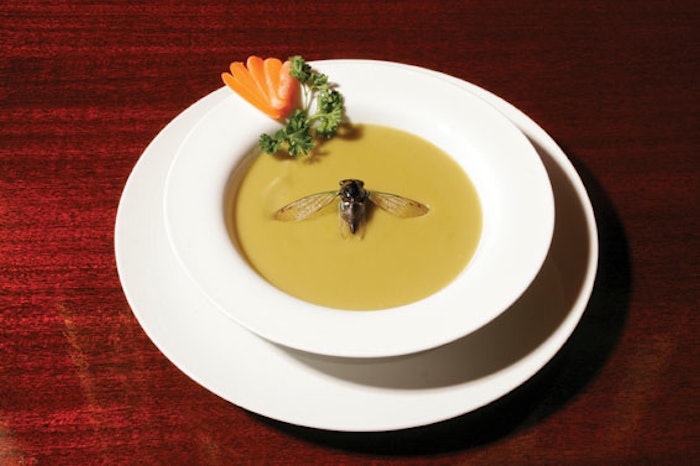 First, there’s the “Waiter, there’s a fly in my soup.” variety. This is what we might call traditional adulteration, and I’d guess it’s the type most commonly understood by consumers. Something icky that doesn’t belong in the food, or something microbial that doesn’t belong, or dirt, muck. This type of adulteration makes food unappetizing, perhaps inedible, perhaps dangerous.

Second, though, is the type of adulteration that results in food containing stuff it oughtn’t, but that does not result in the food being dangerous, or inedible, or perhaps even unappetizing. It does, however, result in its being not what it purports to be. Think watered down orange juice claiming to be 100% fresh squeezed. Think “all meat” products that actually contain some meat but also some grain fillers. This is what we traditionally called “economic adulteration” because it results not in a danger to health, but in a ripoff.

And just to complicate the picture a bit, sometimes economically motivated adulteration does indeed result in danger. Think melamine in pet food, to make the pet food look like it had more protein than it did by adding melamine, a cheaper ingredient than real protein sources. Or think heparin, a blood thinner product with another substance substituted for heparin, or cough syrup with diethylene glycol in its glycerin.

When you think about it for a minute, you realize that attacking so-called economically motivated adulteration means approaching familiar issues from a different angle, since the problem involves counterfeiting-like crimes, of which packagers know all too well.

Many of the solutions to economically motivated adulteration call for enhanced authentication and track-and-trace technologies, with packaging playing a central role.

The Food and Drug Administration has started thinking about these issues even more systematically than before. Most recently, FDA held a public meeting on the issue on May 1 to help it collect ideas about what to do next. One of those who presented at the meeting was Dr. John Spink of Michigan State University’s School of Criminal Justice. This column discussed his work in the field of anti-counterfeiting in May 2008 (www.packworld.com/article-25253).

At the May 1 meeting, Dr. Spink emphasized that combating “food fraud” crimes implicates a broad range of disciplines, including packaging but also including the criminal justice system, food safety disciplines, and international supply chain players. “This is an economic crime at heart,” he told the FDA meeting, but he also said that counterfeit food is a “public health threat,” caused by a confluence of 1) products that are cheap and easy to copy, 2) difficulties in detection, and 3) laws and enforcement that he calls “non-deterrent.”

Still, he said, industry has to recognize its role in combating economic adulteration. “It is important,” he said, “to not pawn off the responsibility to law enforcement and the courts too quickly because the solution is interdisciplinary and complex.”

Because monitoring of all imported foods and all international manufacturing are not practical, Dr. Spink says supply chain optimization, traceability, and authentication are all going to be important to any effective solution.

So, if economically motivated adulteration of food and other products is just one form of product counterfeiting, then the kinds of packaging and track and trace technologies perhaps first explored to attack issues like drug counterfeiting might be well adapted to attack counterfeit foods.