Coalition's diversity as dramatic as its message

At least some people know how to play nice in the sandbox.

Eric F. Greenberg
One of the most irritating contemporary phenomena is this: When someone says of a political opposite, “He’s a member of the other party, but I like him anyway.”

The unspoken premise of such a remark is that we should be totally divorced from anyone with whom we disagree, that’s it’s odd to be their friend. It makes politics and public policy an extreme game of us-versus-them in which anyone who disagrees with us is so lacking in any basic virtue that really there’s no good reason to talk to or listen to them at all. But ha, ha, ha, I’m gonna make an exception once in a while and be friends with one of them despite his defect.

It’s all the more surprising and remarkable, then, to see the emergence of a unique coalition of what otherwise would be opponents on matters of public policy.

The Coalition for a Stronger FDA is a refreshing blend of individuals and interest groups, joined by their common interest in the importance of the US Food and Drug Administration. The Coalition members’ cooperative action flies in the face of the combative rules of the game established by others. It might be unique in history, it might be utterly unprecedented, but what is certain is that it is dramatic and powerful in its symbolism.

This Coalition combines drug and food industry trade organizations, plus consumer advocates, plus patient advocates which focus on various diseases, and is co-chaired by three former Secretaries of Health and Human Services who served in both Republican and Democratic administrations: Donna E. Shalala, Louis Sullivan, and Tommy G. Thompson.

The Coalition, according to its Web site, plans a 5-year effort with two goals: “(1) making sure the FDA has sufficient resources to protect patients and consumers and (2) maintaining and building public confidence and trust in the FDA.”

The Coalition is emphatically non-partisan, explains executive director Ladd Wiley. Their laser-like focus is on getting FDA increased money to do the many jobs Congress has given it. “We don’t see it as a partisan issue, and don’t plan to make it into a partisan issue,” he explains.

Wiley says the group’s leaders have already been talking with administration officials at the Department of Health and Human Services, the Office of Management and Budget, and others. Beginning in January, they will reach out to members of Congress as well. They don’t plan to undertake a public media campaign as such, but do want to reach out to media outlets to emphasize the importance of giving FDA the resources it needs. (The group takes no position on the issue of whether there should be a single federal food safety agency.)

A lack of resources was only part of the inspiration for the Coalition’s formation. Wiley explains, “The polls that FDA has done over the years have steadily gone down in terms of consumer confidence in the FDA.” FDA regulates products representing an estimated 25 cents out
of every consumer dollar spent in the US, including most
of the foods, including dietary supplements (USDA
handles meat and poultry); all the drugs, both prescription and over-the-counter; biological products; medical devices;
cosmetics; animal foods and drugs; and radiation-emitting products.

Its jobs are huge and many, and Congress has added to the agency’s responsibilities again and again, often without adding to its funding. Despite its importance, the agency is historically, chronically underfunded. Despite its optimal role as a scientifically based body, it has become, in the past 10 years or so, a pawn in political battles. That troubling trend in reduced public confidence in the FDA raised red flags as well.

So, in September, representatives of some trade associations and a consumer group had an initial meeting to formulate the strategy and goals that became the Coalition.

As a longtime believer that a strong and fair FDA is best for industry and consumers, I have no qualms about stating my support for this Coalition and its good work. Check it out at www.fdacoalition.org. 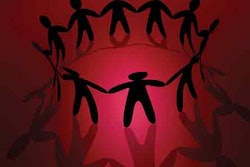 3 Principles For Creating A Successful Relationship. 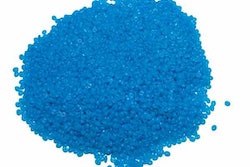 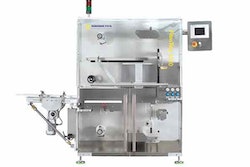 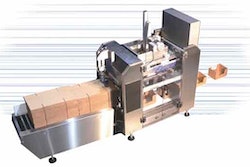