A special DVD offering from Blue Underground has a case of the blues that’s doubled sales expectations. 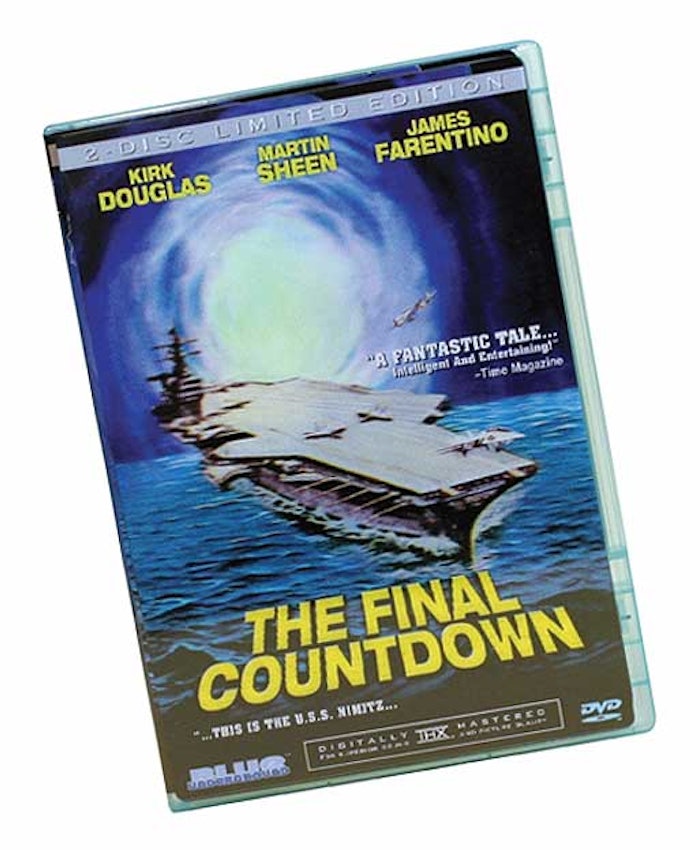 Blue Underground’s first release with the blue case is “The Final Countdown,” a classic 1980 sci-fi action movie the Los Angeles-based company released in March 2004 as a special double-set DVD. An intriguing pressure-sensitive lenticular label on the front makes it seem as if an image of an aircraft carrier disappears, just as in the movie. The company specializes in genre classics that have not previously been offered in the United States.

“The market for DVDs is growing so rapidly that you must distinguish your brand to be successful,” says Chris Lee, Blue Underground art director. “Unique packaging allows us to capture the attention of consumers immediately and focus them on our label.” He adds that the blue-colored case “matches our brand identity perfectly.”

Lee credits Ivy Hill for the lenticular image, which is affixed as a 71¼4’’x5’’ pressure-sensitive label that covers the front panel.

The original intent was to sell 100ꯠ copies, according to Lee, “but we’ve doubled our sales estimate. There’s no question that the packaging has been a key in this success.”

The company’s DVD cases were a typical black color until 2004 when it switched to clear cases. Lee says they will use the blue-tinted version occasionally for special products and titles. The double DVD set retails for $29.95, and is available at www.blue-underground.com.