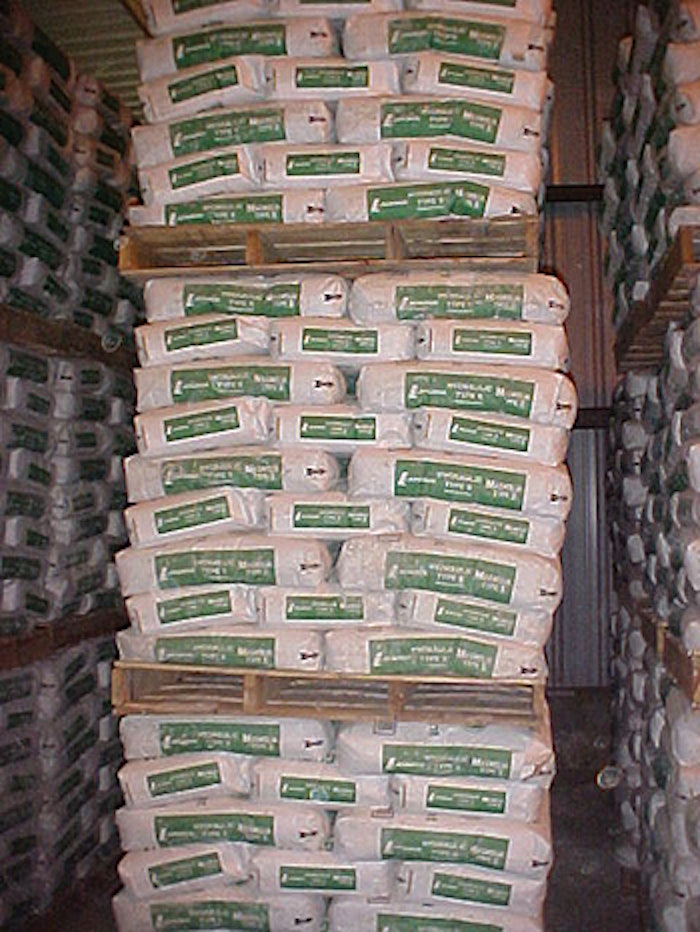 Adhesive helps stabilize pallet loads, which benefits shipments in transit and makes them easier to stack for Lafarge's customer

Grim is the mental picture the mind paints of heavy bags of cement or other construction materials falling off flatbed trucks on the western New York freeway system or between Atlanta and Charlotte. Yet that dark image occasionally became a reality before Lafarge North America began using a palletizing adhesive to stabilize bags on pallets prior to transit.

“We travel along some pretty rough highways, but now that we apply the adhesive to our bags, we’ve eliminated that from happening on those rugged roads,” asserts Jim Nicholos. He’s the technical manager with Herndon, VA-based Lafarge North America. The company supplies materials for residential, commercial, institutional, and public works construction projects in the United States and Canada.

Called Lock n’ Pop®, the invisible water-based palletizing adhesive from Key Tech is often used in addition to stretch wrap to stabilize multiwall bags that contain between 70 and 94 lb of dry cement or aggregates.

Lafarge began using Lock n’ Pop at its Ravena, NY, and Atlanta, GA, plants back in the ’90s. Since then, its Harleyville, SC, and Calera, AL, locations have done likewise.

“It’s a pretty simple process for us,” says Nicholos. “After we fill and seal the multiwall bags, they’re conveyed towards stacking [palletizing] equipment.” A typical bag size, he says, is 16”x24”x4”. “We have either one or two nozzles mounted on the conveyors that spray the adhesive onto the top of the bag’s 24-inch dimension before plates slide the bag onto a wooden pallet. We usually have five bags on each layer, with nine layers per pallet. As the next layer of bags is placed on the previous layer, they adhere to the adhesive-sprayed bags on the lower layer. We don’t put the adhesive on the bags that go on the top layer.”

Nicholos explains that the adhesive “prevents bags from skidding sideways,” which can happen if only stretch wrap is used.

Now, if a load doesn’t use the adhesive, “customers get very upset,” says Nicholos.

So what about the economics of using Lock n’ Pop? “It’s reduced damage for us, but it’s hard to quantify economically,” Nicholos says. “Let’s put it this way; we’re [shipping] about 15 million bags a year out of the four plants. Our cost to add Lock n’ Pop is about a third of a cent per bag. We wouldn’t be doing that if it didn’t justify itself on the other end.”

No doubt for Lafarge, the reality of trucks rumbling down America’s highways with stable loads paints a beautiful image.