A marketer in packaging trade dress

To paraphrase an old packaging axiom: In marketing terms, the word “revision” is virtually synonymous with “deadline.” Ask any packaging professional—from R&D to engineering to the testing lab to purchasing to the packaging machinery maintenance department—and they’ll tell you that the “suggestions” from the marketing department can be major source of stress.

The situation is not new; but as timelines shrink and speed to market becomes the driver in so many companies, the “creative tension” between marketers and packaging people becomes ever more intense. Researchers who query packaging people learn this regularly, especially when packaging personnel are asked about their biggest frustrations. To be sure, the issues that create frustrations aren’t only marketing demands. Lack of planning, lack of training and plain ol’ lack of time are other factors that are now frequently mentioned. However, in the interaction between company departments, the natural friction between packaging and production departments has been almost totally replaced by a new friction between packaging and marketing. That’s why I think it’s interesting to report that at least one very successful marketing executive is publicly acknowledging the growing importance of packaging and, frankly, elevating its position in the marketing hierarchy. Unfortunately, that executive is a full date zone away. His name is Mark Swindon, business manager of S.P.C. Ltd., an Australian food packer reported to have an impressive list of packaging innovations to its credit. As reported by Michael Halley of the Australian Institute of Packaging, marketing guru Swindon spoke at the Christmas meeting of the AIP in Melbourne. Swindon is still a believer in what he calls the “four Ps” of marketing: product, price, promotion and placement. He noted he isn’t certain whether marketing should be considered “an artful science or scientific art,” but he did add that packaging is now the fifth “P” in the marketing mix. He applauded the pharmaceutical manufacturers in Australia that pulled products from store shelves in the face of extortion allegations. Presumably, the perpetrators demonstrated they could breach tamper-evident packaging, and at least two customers reported illness after taking analgesic tablets. Even after one manufacturer pulled its products and destroyed them, the threats continued. Other manufacturers did the same. That costly action, added Swindon, improved the credibility of the products and their manufacturers. He advised container manufacturers to allow customers to visit their production facilities and to promote packaging solutions instead of individual products. That, he said, will help both parties to innovate. And he suggests that suppliers need to keep their marketing people current with technology available to customers. After all, his experience shows that suppliers may now have to meet with and persuade customers in up to nine different departments. Swindon also addressed the issue of Australia’s Packaging Covenant, a government/industry agreement regarding the management of packaging waste throughout the package supply chain. Swindon said he didn’t expect the Covenant to become a marketing tool, but he believes it will help packagers stay up-to-date on material changes. He referred to compliance as “another drink from the well of goodwill.” Halley reports that Swindon acknowledged packaging’s role to protect products from the environment and the environment from the product. But he demurred with academic experts who feel packaging needs to fit the product. Like a true marketing pro, Swindon stressed that he felt packaging can and should add product value to the consumer. Halley reported that in the Q&A session at the AIP Christmas meeting, Swindon showed he is a strong believer in the free market. He called the government’s stance on package tariffs “fundamentally flawed.” He cited the example of the fact that empty food cans cannot be economically imported under almost any circumstance. His company currently packs about 70% of its foods into metal cans, although he expects that to diminish to 50% as glass for premium products and plastic containers for a wide range of products make inroads. That shift will be caused, he said, by those packaging materials having an easier time responding to Swindon’s loose definition of marketing: “the identification and satisfaction of consumers’ wants and needs.” Halley didn’t report on whether any of S.P.C.’s packaging people attended the session. Nonetheless, it’s interesting that half a world away, a marketing leader feels a comaraderie with a group of packaging professionals. That doesn’t happen here as frequently as it should. 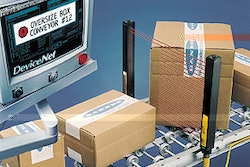 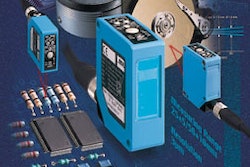 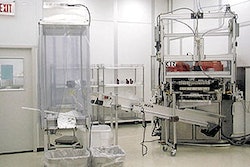