Workforce development was the prime goal behind the Education Summit held in June and sponsored by the Education & Training Foundation of the Packaging Machinery Manufacturers Institute (Arlington, VA).

About 80 packaging educators and machinery makers joined some influential packaging end-users in two days of programs held near Chicago's O'Hare Field. Several conclusions were evident as the final reports were presented: * Graduates of four-year universities with packaging programs or significant numbers of courses in packaging are highly sought after by industry. * Demand for students from vocational schools is high, but not nearly as universal as the demand for university grads. * Vocational schools are having difficulty keeping up with emerging packaging technologies. * Starting salaries for graduates of packaging programs have been steadily rising. * Vocational schools are finding students to be lacking in basic skills. * Vocational schools and universities are both having difficulty attracting students to packaging programs. The seminar ended with many recommendations and suggestions directed to PMMI's Education Committee. We'll report on their plans when they become known. Between the vocational schools and the universities, perhaps the most pronounced difference is the preparation of the student and the quality of the individual embarking on the education. Obviously, universities have standards, and they're expected to be selective. On the other hand, speakers from vocational schools, machinery manufacturers and packaged goods companies all echoed a common complaint: Many students they see coming out of high schools are sadly lacking in the rudimentary skills that become the foundation, the building blocks for further specialized education and training. The result of this poor preparation is that vocational schools that should be able to provide more technically focused subjects first must correct the deficiencies of local primary and secondary education. What I heard was, "We can't teach them about packaging and equipment until we help them learn how to learn." In essence, many educators were lamenting the failure of the local school systems in instilling the most basic skills into today's young adults. In many respects, this was similar to some of the comments editors at Packaging World heard when we interviewed readers for last fall's series of articles that became known as "The Staffing Struggle" (see PW, October through December, 1998, or packworld.com/go/staffing). If "common sense" seemed the seminar's most eagerly sought prerequisite for a packaging job, it seems to be among the least common traits among many students emerging from secondary education. And apparently, the ability to communicate, both verbally and in writing, isn't far behind as another "soft" skill that is too rare among today's young people. This isn't a problem that our business, even as a collective group, is in a position to solve. Education in primary and secondary schools is truly a local issue. But that doesn't mean we in packaging can wash our hands of responsibility. Each of us individually, each of our companies collectively, holds stake in the communities that are responsible for that education. So it becomes our civic duty, if not our industry duty, to try to make the changes that will improve local education and school districts. Individually and across the country, our clout (as we say in Chicago) is limited. Some, like our Features Editor, Pat Reynolds, have contributed substantial amounts of time and effort to help guide improvements in the local schools. Another friend, who's normally not involved in packaging (he learned packaging when, as a member of management, he filled in for striking hourly workers), has served his community as a school board member for a decade beyond the time his last child was in the local school system. Each of them has worked hard to make a difference in his community, for its schools, for the students those schools will educate. Can we all become involved to that extent? Probably not. But we do owe it to our children, our communities and even our companies to help where we can with what we can offer. I certainly encourage all of our readers to understand that the first step in improving our educational institutions is the one each of us makes as a participant in a community, and in its educational process. This is a responsibility or "buck" we should not pass to anyone else. 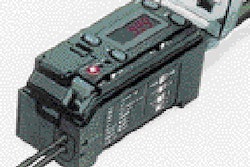 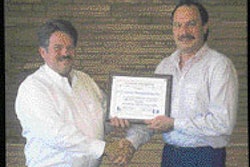 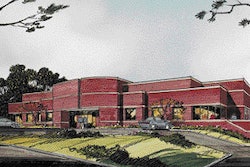