An operator creates a manifest using the MaxLoad database screen (above). The pattern view screen offers a detailed diagram of

Select Comfort, a manufacturer of air-based beds called "sleep systems," says it formerly handled overseas shipping in a logical fashion: The company first received its orders from an international distributor in Japan or Norway. Items would be loaded into an ocean container and then sent off. But this sometimes resulted in sending half-filled containers. Shipping rates for ocean containers are based on size, not weight, and, as the Minneapolis, MN-based company's overseas business grew (to about 10% of revenues, currently), this system became increasingly inefficient-from both an inventory and a cost standpoint. "We were shipping air," says Darrell Olson, director of distribution & logistics for Select Comfort. Part of this was due to the range of products sold by the company. Select Comfort(TM) "sleep systems" are more complex than the typical bed frame/box spring/mattress set-ups. They include electric pumps used to inflate air chambers within the air bed, as well as foundations or frames, and corresponding parts. Sizes are more complex, too, with variations such as the California King or the Eastern King. Also, because of electric wiring differences and size standards in foreign countries, sleep systems that are exported differ from domestic ones. Add to that accessories such as pillows and controls and there's a total of over 100 parts being shipped, in sizes as small as 12" x 12" x 7" and as large 52" x 21" x 40". Olson and coworkers had to estimate how many products would fit in a container. Because of the variations in product sizes, quite often they'd estimate incorrectly. "Sometimes we'd overproduce and sometimes we'd underproduce items," says Olson. "I'd say up to thirty percent of our cube space was being wasted. "In our business, overproducing is just as bad as underproducing because of the carrying costs of leaving these finished goods in storage." Excess product also required additional storage space. Cartons would sometimes get damaged or dirty. And because of the range of products the company sells, leftover items could hang around indefinitely. "An ocean container is 40 feet long, about eight feet high and eight feet wide," he continues. "The solution we were looking for would be able to take multiple size boxes and find exactly the right number to fit in the container." Through a trade journal advertisement, Olson learned about TOPS Engineering's (Plano, TX) load optimization software. TOPS® MaxLoad® is a step-by-step system for producing shipping manifests and simplified diagrams to maximize space. One-time programming of the software is easy, and is basically a matter of inputting variable dimensions: height, length, width, shape, weight and stacking strength of what's being shipped, as well as dimensions of the container in which the order is being shipped. Once that is completed, building a load is as simple as opening a document on a computer. By pointing a computer mouse and clicking, an operator can select quantities and items to be sent, as well as the shipping vehicle to be used. That screen can be printed out to serve as the shipping manifest. When completed, a three-dimensional diagram of the load appears on the screen. It can be shown and printed from different angles. Loading reports supporting the diagram-in order of how they appear from these different angles-can be viewed on a following screen, and can be printed and sent to distributors to aid unloading. In April of 1996, Olson loaded the software into his PC. "Typically," he says, "the marketing people will take an order. For instance, they'll say 'We want a total of 150 beds: x amount of twins, x amount of fulls, etc.' I'll go into the computer and do the configuration. Then I'll give the order to our manufacturing people so they know what to produce." That configuration not only determines the best way to fill the order, but assesses the best mix of products to fill the container. And, as the order usually doesn't fill the entire shipping container, Select Comfort then informs the distributor, offering a configuration that will maximize space. This requires the distributor to accept more merchandise than needed, but as these relationships are ongoing, the distributors usually agree. Olson continues: "I run a diagram that shows my shipping guys exactly how to pack the container. As the order comes off the assembly line it's packed into the container in exactly the way the TOPS software tell us to do it. When we come to the end of the order, we shut the container doors and it's exactly 100% filled. Or as close as you can get using a rectangular container." The software has been so effective that Select Comfort plans to implement it for domestic use by this June. And it's changed the way the company handles its orders. Says Olson, "Now our production people manufacture to the amount we can get into a container-not the other way around. It saves us inventory, it saves us storage space, and we are always shipping fresh looking cartons to the customer." 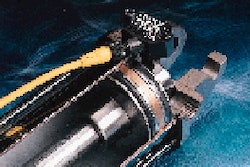 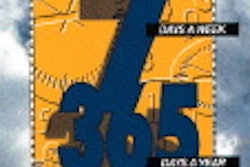 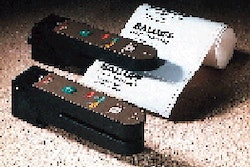 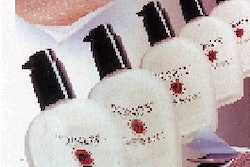