The PFAS story keeps developing, and isn’t over yet. 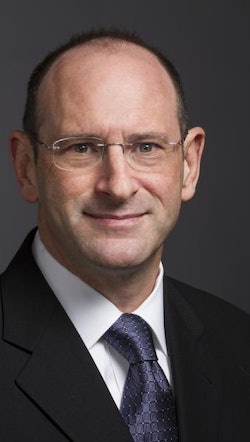 For many years, FDA’s examination of this category of chemicals has been ongoing, or bumping along slowly, depending on your perspective. There are about 5,000 substances in the group of chemicals referred to as per- and polyfluoroalkyl substances; lots of them are good at resisting grease and oil, and they have many industrial uses. A few of them have been FDA-cleared for use in food packaging and food processing equipment. There have been some concerns about some PFAS’ tendency to accumulate over time in humans, and with their environmental effects. FDA says “While the science surrounding potential health effects of this bioaccumulation of certain PFAS is developing, evidence suggests it may cause serious health conditions.”

The PFAS used as paper food packaging coatings have the potential to migrate, says FDA (which is why their uses require proof of safety and FDA clearance before they can be lawfully used). By contrast, FDA noted that the PFAS used in “non-stick coatings on cookware and sealing gaskets for food processing equipment do not migrate to food.”

In its most recent action, FDA has reviewed safety data about a the short-chain PFAS, 6:2 fluorotelomer alcohol (6:2 FTOH). There are four manufacturers who hold 15 effective Food Contact Notifications clearing 11 compounds that contain that substance for use in food contact. Three of the four manufacturers agreed to phase out their use of it over 3 years, starting next January. The fourth told FDA it had already stopped sales of food contact substances containing it.

If this sounds familiar, it could be because FDA has in the past made similar announcements about PFAS. Back in 2016, FDA withdrew the regulations permitting the use in contact with food of some perfluoroalkyl ethyls, which also had been used to repel oil and water on paper and paperboard such as pizza boxes. I discussed this in my February 2016 column. (pwgo.to/5713)

In that prior situation, FDA was reacting to citizen petitions asking it to take that action based on safety information that did not exist when the substances were first cleared for use, and while there was some question about whether the safety concerns applied to the specific chemicals involved, it appears that industry had already stopped using those specific substances, which no doubt made FDA’s decision to withdraw the clearances a lot easier.

Even earlier, in 2011, FDA got makers of some long-chain PFAS to agree voluntarily to stop offering them for food contact applications, which had been authorized by several effective Food Contact Notifications. Then the 2016 revocation removed the remaining clearances for long-chain PFAS that were contained in regulations.

Chemist (and my colleague) Dr. George D. Sadler is concerned that regulatory changes about some PFAS will paint the whole class of substances with too broad a brush. “My personal fear,” he warns, “is that through this announcement, the lay public will lump all fluorinated hydrocarbons into a common hate-group similar to past industry experience with phthalates.”

What results when substances fall into public disfavor, even in the absence of scientific safety concerns, is that companies often avoid using them. With some PFAS, part of the motivation could have been that, as Dr. Sadler also noted, there were alternative substances available.

When specific substances that are cleared for uses in contact with food become the subject of new safety concerns, you can either conclude that the whole food contact regulatory regime is inadequate, and that these are but a representative example of a widespread problem, or you can conclude the system is working, because there are regulatory provisions that provide for just this type of action by FDA when new and different information emerges.

And you could grant extra points to industry for reacting voluntarily, which they frequently do even before safety information is conclusive, reacting as much to public distaste for a chemical rather than scientific proof. How much was really voluntary and how much like an offer they couldn’t refuse, communicated under duress? We might never know. But even under duress, some companies still might not go along with FDA’s urgings. So, clearly the companies here deserve some credit for working cooperatively with the regulators.

Credit is due. The numerous members of the regulated food and food contact industries whom I know from personal experience take very seriously their responsibilities to assure regulatory compliance and safety, and they devote time and resources toward getting them right.

This is guaranteed to not be the last chapter in the PFAS story, because a coalition of state governments (that previously acted against heavy metals in packaging), has said it wants limits on or prohibitions against about 130 PFAS, and has drafted a model law that would do so. I will visit that topic in greater detail soon.