Military-grade foam packaging is used to help safely transport a portion of the wooden flight simulator used to train NASA astronauts to its final home in Seattle.

Following the end of the space shuttle program in August of 2011, the Seattle Museum of Flight was chosen as the permanent home for the Full Fuselage Trainer (FFT), which was the simulator used by NASA to train astronauts in the space shuttle program since the 1970s. This meant the wooden simulator, weighing a total of nearly 25,000 lb, would require transport from Johnson Space Center in Houston, to Seattle. The FFT’s three engine-bell replicas were trucked to Seattle in wooden crates on a 52-ft-long trailer in April of 2012. However, the safe transport of the 24-ft-long crew compartment would prove more complex. The crew compartment, which is the part of the trainer most closely resembling the real shuttle, would have to be transported via air in NASA’s Super Guppy, a plane designed to carry outsized cargo.

Once a transportation method was confirmed, the museum enlisted Sealed Air Corp. to help determine the best and safest way to protect the valuable crew compartment during transit. “Our company is known for protecting what’s important, including some of the world’s most valuable artifacts,” says David Hagood, Sealed Air Protective Packaging technical lead on the FFT crew compartment project. “We were excited to use our expertise in packaging design and materials performance to tackle a project like this. It’s a pretty big deal when you think that the trainer was used to train every astronaut in the shuttle program’s history.”

The packaging process took place at a facility close to Houston’s Ellington Field after the crew compartment was moved from the Johnson Space Center at the end of May 2012. In a two-day period, Sealed Air experts used more than 30 fabricated Ethafoam® military-grade polyethylene foam blocks and more than 500 lb of Instapak® polyurethane foam to create the proper cushioning design to safely protect the trainer. The 12x12-in. Ethafoam blocks were specially designed at Sealed Air’s Grand Prairie, TX, facility and were placed on a grid to line the metal basket engineered by NASA to hold the trainer. After the blocks were positioned on the grid, two cranes lowered the crew compartment into the basket and held it while the Sealed Air team spent the next four hours positioning the Instapak®GFlex® foam-in-place packaging on the sides and back of the trainer. Instapak foam-in-place material was then used to fill any remaining voids and to protect the nose of the compartment.

On June 30, the trainer arrived safely in Seattle, ready for full reassembly and display in the Museum of Flight’s Charles Simonyi Space Gallery. Unlike the retired space shuttles themselves, which must be displayed out of reach of the public, museum attendees will be allowed to step inside the trainer to experience the simulated interior of the space shuttle.

“The crew compartment arrived in excellent condition,” says museum public relations manager Ted Huetter. “We were able to remove the packaging and put the artifact on display in the Space Gallery the same day it arrived.”

In addition to providing the Museum of Flight a showpiece attraction, the shipment of the simulator represents a sustainability achievement. Not only will the simulator be reused for educational purposes, but all of the Sealed Air materials used to protect it during shipment will be recycled at the company’s facilities in Fort Worth and Grand Prairie, TX. 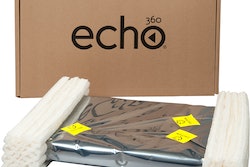 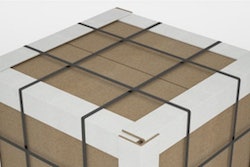